The gun club stands to lose a lot as brands distance themselves, research suggests.

It’s official: Support for the National Rifle Association is dropping—quickly.

In the month since 17 students were murdered by a gunman at Marjory Stoneman Douglas High School in Florida, many brands have done their best to distance themselves from the institution.

Big names like Delta and Enterprise have gone one step further by publicly disassociating themselves from the NRA. There is a lot to gain from this. But what’s more significant is how much the gun club stands to lose.

"Disassociating from the NRA may not yield a significant shift in perception or preference for its partner brands," said Kyle Boots, director of brand and social analytics at Y&R’s research arm, BAV.

"However, because these brands have benefited the NRA’s brand by providing positive associations, their removal may hurt the NRA’s long-term perception. The NRA has historically benefited from major brand associations like Walmart, Kroger, Enterprise whose brand perceptions are especially strong on measures such as approachability and reliability."

New research from BAV, which measured nine million data point points across 56,000 brands, suggests that the NRA has found itself in a crisis because it has no humanistic attributes to lean into to counterbalance the negativity, because this is what NRA-affiliated brands brought to the table. It also found that NRA-affiliated brands did not benefit from their association with the brand.

"The NRA got a lot more from the NRA-affiliated brands than they got from the NRA," continued Boots. "Things like good value, down to earth, are things that these brands like Walmart, Kroger and Enterprise are delivering incredibly strong on, and so these might be areas where the NRA can lose equity because brands aren’t there to be giving them that rub-off."

So why is it different this time around? The NRA will always experience fallout from gun control advocates in the wake of tragedy where weapons it promotes are used as the instrument of destruction. Those voices usually wane, fast. This time, however, they’re being heard. You can thank the students who survived the Parkland shooting in February. Together, they’ve mobilized one of the most effective and powerful campaigns the marketing world has ever seen with a consistent message and goliath social media force.

It’s something that, quite frankly, the NRA hasn’t been able to respond to in a smart enough way. When students like Emma Gonzalez and David Hogg tweet well-worded calls for change by politicians, the NRA responds by posting videos on its YouTube channel like, "The Media Love Mass Shootings," and "Failed Leaders Blame Law-Abiding Americans," in which it shifts blame away from the association.

These videos do nothing for the NRA’s position on defining themes which are shaping brands now more than ever—trust and authenticity. "These are things that Walmart and Kroger and DICK’s were contributing to the NRA brand," said Boots. "So I do think there’s quite a bit of risk, and that’s reflective in their last YouTube video. I don’t think they would be taking that tone if they didn’t see the huge risk that they’ve created for themselves by not reacting to cultural dynamics and responding to brandscape changes before Walmart and Kroger and Enterprise have been able to."

"I think it’s going to be very challenging for the NRA." 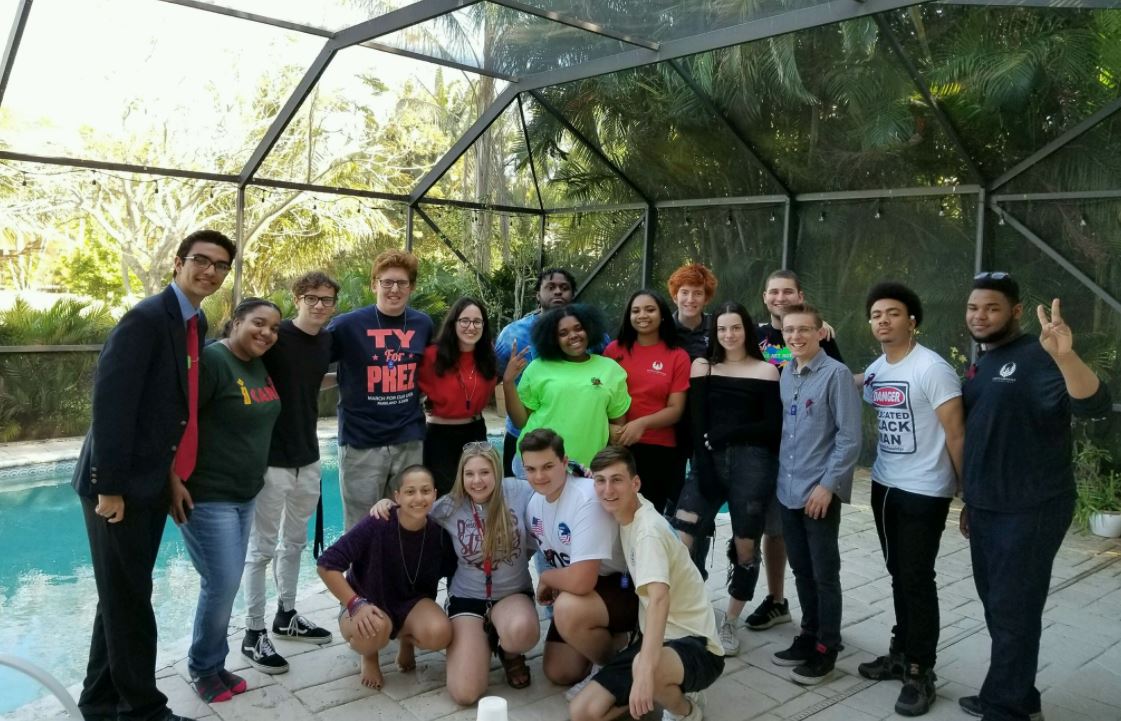 Boots explained that if brands are able to talk about this issue in a way that keeps the message authentic and it addresses the trust people have for the brand, then they have a lot to benefit. DICK’s owned this. The sporting goods chain struck the right tone with its message from CEO Edward Stack.

In a press release about its decision to stop the sale of assault-style rifles, he wrote, "We have tremendous respect and admiration for the students organizing and making their voices heard regarding gun violence in schools and elsewhere in our country. We have heard you. The nation has heard you."

"We support and respect the Second Amendment, and we recognize and appreciate that the vast majority of gun owners in this country are responsible, law-abiding citizens. But we have to help solve the problem that’s in front of us. Gun violence is an epidemic that’s taking the lives of too many people, including the brightest hope for the future of America—our kids."

News has since surfaced that this decision has led to a negative impact on traffic and retail sales at DICK’s stores. At the same time, conversations about the chain increased 3,500 percent on social media and face-to-face chatter jumped to 6 million from 4.5 million in the week following the announcement, according to research by data and analytics firm Engagement Labs.

An overwhelming majority of people who were upset about these brands’ decisions have turned to social media versus discussing it in person. A much larger number of consumers are speaking positively about these decisions, the research indicates.

Brad Fay, chief commercial officer and data scientist at Engagement Labs, told Campaign US, "The national brands that have been pulled into the gun issue since the Parkland shooting have entered a turbulent time. Consumer conversations about the brands are surging both online and offline. Normally, this is a great thing for brands, because our data show that about 19 percent of all consumer purchases can be linked back to consumer conversations. More people talking about the brand—especially if it is a positive conversation—tends to lead to more sales."

"But these brands—not only Dick’s Sporting Goods, but also Delta, MetLife, and many others—are dealing with a highly unusual divergence in the conversation. We have seen a dramatic, negative change in sentiment of conversation on social media for these brands, and at the same time, the face-to-face conversations are becoming more positive."

It’s too early to truly understand how positively brands are benefiting from their decision to disassociate. But one thing’s for sure: the NRA is suffering without the fluffy cushion these names provided at the start of 2018.

The NRA and its creative agency, Ackerman McQueen, did not reply to repeated requests for comment.

Here's how to nail authenticity in the workplace

Here's how advertisers are supporting the March for Our Lives

You can put a price on social purpose