In honor of the last remaining Howard Johnson's, a look at some once-beloved brands that refuse to die. Yet.

Motorists driving through Lake George may notice the signature orange roof of a Howard Johnson's hotel as they pass through. When they do, they should afford it a measure of respect, because it’s the only one left that also offers a full-service restaurant, as it did in the days of yore.

The hotel itself is still operating more than 500 facilities and can be said to be doing just fine. But the restaurant, once a bedrock cultural institution, is another story. Its decline began in the 1980s and is almost complete today, but for the single Lake George location, which is now the sole remaining link to a bygone era.

At its peak, Howard Johnson’s restaurants boasted more than 1,000 locations, and all of them were mandatory stops on any self-respecting family road trip of the Nixon era. But the Lake George restaurant is now the last HoJo standing, and it takes its place alongside several other once-ubiquitous brands that have fallen far from a once-dominant position. 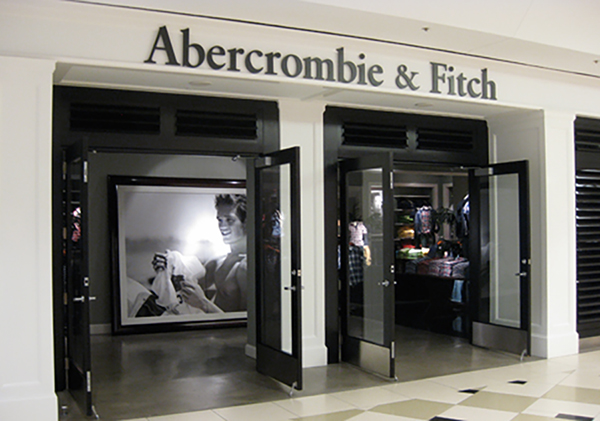 Abercrombie & Fitch
The Great Recession was not kind to purveyors of pricey clothes, no matter how many shirtless hunks were involved. Abercrombie & Fitch lost its financial footing during that period and began a downward trend that Bloomberg Business News laid out in stark terms.

"Abercrombie sales have slid for four quarters in a row, and profit shrank 77% last year," it said.

The company has since taken steps to address this, one of which was the decision to part ways with controversial former CEO Mike Jeffries (who told Salon in a 2006 interview that he only wanted to market to "cool kids." But will it be enough to reinvigorate the brand?

Possibly. Abercrombie & Fitch filed for Chapter 11 bankruptcy in 1977, only to emerge as the premier clothier for young people. So don’t count it out just yet. 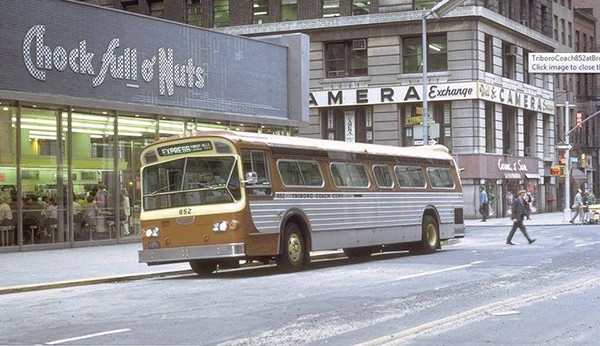 Chock full o'Nuts
Chock full o'Nuts was founded in 1926 as a place to buy nuts, pre-shelled for the consumer on the go. But six years later, the Great Depression was in full swing, and shelled nuts were too extravagant a luxury for the general public, so founder William Black converted his nut stores into coffee shops, where a nickel would buy you a cup of coffee and a sandwich.

Those shops eventually became essential to the cityscape of New York in the 20th century, as much as graffiti-strewn subway cars and checkered cabs. But as the years passed and the coffee brand flourished, the once-ubiquitous lunch counters lost popularity, and began to disappear.

Today, there’s only one Chock full o'Nuts coffee shop location in all of Manhattan, at 119 East 23rd Street. That location and the few others in the tri-state area are all that’s left of a bygone era. 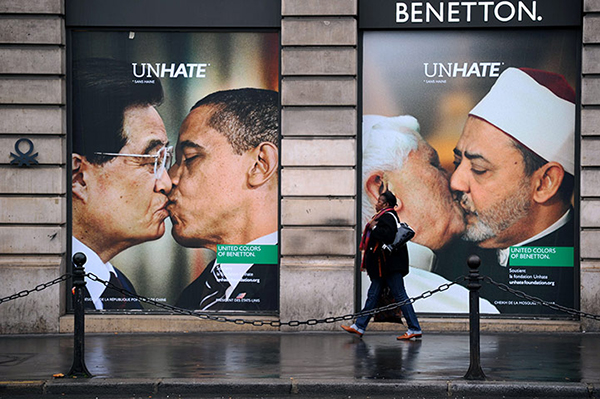 Benetton
During the 1980s, Benetton storefronts were as regular a sight on city streets as Starbucks is today. It owed its popularity to a combination of youth-oriented clothes and socially aware advertising, but those days are long gone.

Benetton still does brisk business overseas, but stateside the brand has exactly one store in Manhattan and one in Washington D.C., and that’s it. To remedy this, the brand decided to make itself relevant again in the U.S., and people noticed — a 2012 Daily Beast article called "Benetton’s Rebirth" noted the company’s "new, fashion-forward collection" and offered an optimistic forecast for the company. But that all had to be put on the back burner after the April 2013 collapse of the Rana Plaza factory complex in Bangladesh.

The eight-story building housed garment factories that had done work for numerous clothing brands, one of which was Benetton. When it collapsed, it killed 1,127 people, and Benetton’s Oxford Circus location became a protest site when it failed to contribute money to the disaster victims in a timely manner.

Benetton finally pledged $1.6 million in 2015, so at least the protesters went away. But it remains to be seen if this gesture can undo the damage to the brand and get back the ground it lost. 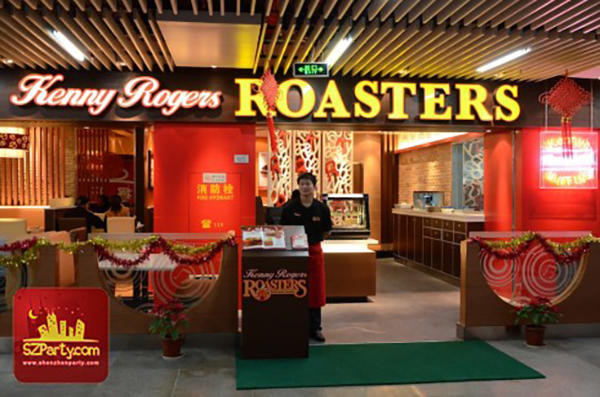 Kenny Rogers Roasters
The first Kenny Rogers Roasters rotisserie chicken restaurant opened in Coral Spring, Florida in 1991. It was once a very popular brand in the U.S., to the extent that it became the subject of an episode of "Seinfeld," a sign of the times that denoted absolute brand awareness and market penetration.

Unfortunately, the chain became a victim of its own success. Other purveyors of rotisserie chicken rose up to knock Kenny Rogers Roasters from the top of the mountain, and in 1998 the chain demonstrated its knowledge of when to hold ‘em and when to fold ‘em by filing for Chapter 11 bankruptcy protection.

Consumers who long for the inimitable taste of Kenny Rogers Roasters still have a few options left. U.S. residents will have to make do with its one stateside location at the Ontario Mills Mall in Ontario, California, but anyone travelling through Asia has a plethora of options, including five locations in Singapore, multiple locations in the Philippines and at Airport Terminal 3 in Beijing, China. 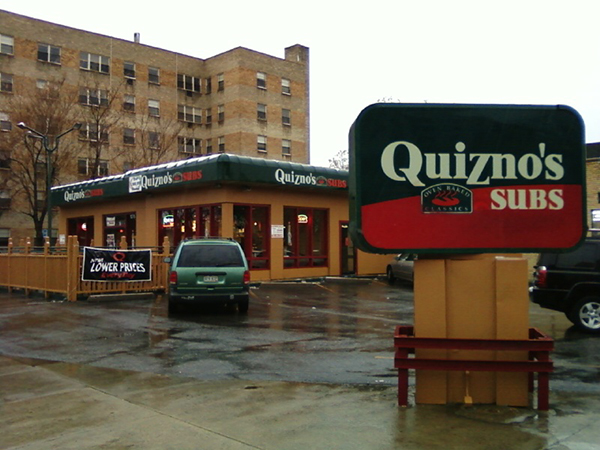 Quiznos
Quiznos differentiated its sandwiches from those of its competitors via one primary attribute: They’re toasted. This wasn’t enough to allow the Denver-based chain to topple the No. 1 Subway, but at its peak it did respectable business and boasted 5,000 locations across the country.

The problems began in 2007, when 1,000 locations closed within a two-year period. In 2012, the New York investment firm Avenue Capital Group acquired a majority stake in the company that eliminated much of its debt, but it wasn’t enough to stop the company from filing for Chapter 11 bankruptcy in March 2014.

Quiznos emerged from bankruptcy three months later, and it went on to open its first Abu Dhabi location in September. So there may yet still be life left in this sandwich chain. 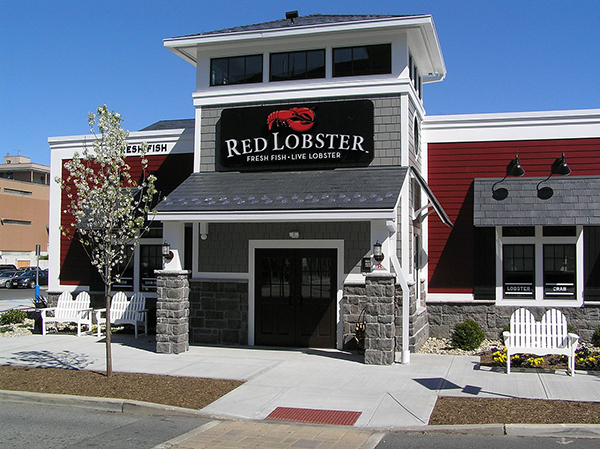 Red Lobster
Red Lobster was a dominant brand during the 1980s. The seafood restaurant chain even had the distinction of becoming the go-to dinner date destination for Public Enemy’s Flava Flav on VH1’s "Flavor of Love." Sadly, even that couldn’t save the beleaguered brand from a downturn in consumer loyalty.

In December 2013, its parent company, Darden Restaurants, announced plans to spin off or sell the struggling seafood chain, according to The Associated Press. Former Darden CEO Clarence Otis attributed this in part to "relatively low levels of consumer demand in each of the past several years for restaurants generally, and for casual dining in particular."

He announced its sale to the private equity firm Golden Gate Capital in May 2014, with a price tag of $2.1 billion, but while the chain may be down, it’s not out.

Red Lobster recently made headlines when one of its dishes took first prize in the Xtreme Eating Awards, an annual contest held by the Center for Science in the Public Interest to shame U.S. eating establishments that serve extremely unhealthy food.

"Red Lobster’s "Create Your Own Combination" delivers 2,710 calories, and four days’ worth of sodium (6,530 milligrams), if you choose the Parrot Isle Jumbo Coconut Shrimp, Walt’s Favorite Shrimp and Shrimp Linguine Alfredo to go with the Caesar salad, French fries and one Cheddar Bay Biscuit," the Center said. "Wash down that combo with the Lobsterita—the chain’s trademarked 890-calorie, 24-ounce margarita — and the meal reaches 3,600 calories, enough calories for today and most of tomorrow." 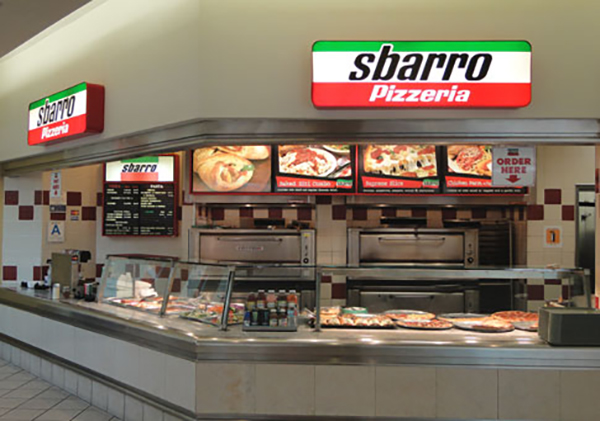 Sbarro
Sbarro is a restaurant chain specializing in pizza and other Italian food. It was founded in the Brooklyn neighborhood of Bensonhurst, giving it unquestionable New York Italian pedigree.

Today it boasts more than 800 locations in 33 countries, but it stands on shaky financial ground. It filed for Chapter 11 bankruptcy protection in 2011 when business was hampered due to a slowdown in sales and an increase in the cost of cheese, something you’ll tend to need if you’re making pizza.

"When we emerge from bankruptcy, our debts will have been reduced by approximately 70%," former CEO Nicholas McGrane said.

"Our business is performing solidly as we head into our busiest period of the year."

If Sbarro’s footing holds, it wouldn’t be the first time that a company that had declared bankruptcy had come back to fight another day. But it remains to be seen whether a company with two bankruptcy filings in three years can pull that off.

The only thing going for American Apparel was its controversial advertising

Source: Subway won't have more to say on Jared Fogle

Brand on the Run: Nine innovative brands you should know but don't know

Brand on the Run: Customer service isn't as lousy as it used to be - really