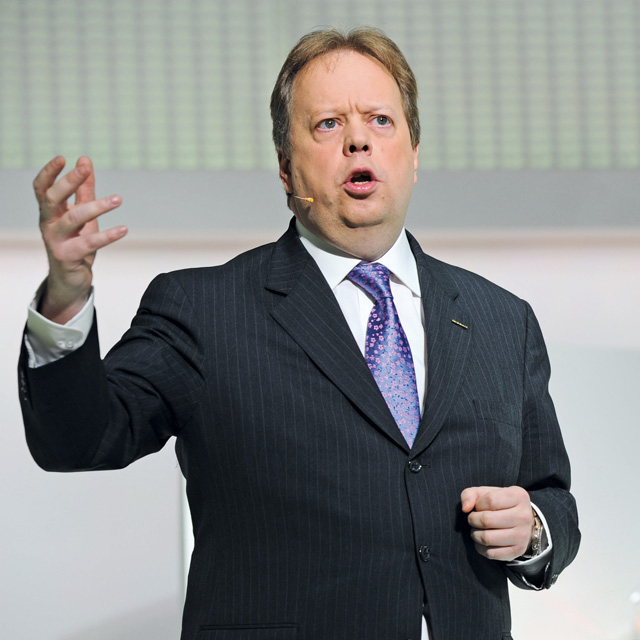 "I’m trying to turn marketing from being a glorified art form into something more like a science," says Nissan executive vice president Andy Palmer (right).

Such a statement is likely to turn heads, especially at a time when big brand owners such as Unilever and Diageo are looking to encourage free-thinking and creativity with mottos like "More magic, less logic" and "Shooting for 10".

Suspicions may also be raised by Palmer’s eye-wateringly long job title, in which marketing nestles alongside product planning, programme management, market intelligence, and corporate planning. He also oversees the company’s luxury brand Infiniti and the forthcoming revival of its classic Datson marque as an "honest, reliable" entry-level brand in markets such as India, Indonesia and Russia.

However, Palmer – an engineer by trade – is by no means uninterested in marketing.

He has flown into London to mark a four-year extension of Nissan’s experiential partnership with The O2 venue, worth an estimated £4m. With a potential annual audience of 4.5m, Nissan uses the so-called Innovation Station to promote its Leaf electric vehicle (EV). It claims to be pleased with the results: in March, some 312 visitors to The O2 carried out a test drive of Leaf, double the total of all Leaf product trails across Nissan’s UK dealership network over the same period.

Five years ago we were just one of three big Japanese manufacturers, and probably a bit bland.

This type of product and communications innovation has helped Nissan pull away from the pack: according to the latest SMMT data, over the first three months of the year Nissan saw a 12.8% year-on-year growth in new vehicle sales. It now has a UK market share of 5.6%, bettered only by Ford, Vauxhall, Volkswagen and Audi.

Like many manufacturers, Nissan has been hit by difficulties in the Eurozone, not to mention tensions from the ongoing island dispute between its native Japan and biggest market China. However, despite these challenges, the marque posted record global sales of 4.94m units in 2012, up 5.8% from 2011.

Palmer acknowledges it has been a meteoric rise: "Five years ago we were just one of three big Japanese manufacturers, and probably a bit bland. We’ve tried to make the brand a bit more ‘punky’ and left-field."

He cites Nissan’s surge up global bank ranking lists as evidence of a brand making progress. "Take the Interbrand survey: two years ago we weren’t even in the top 100. Two years ago we were placed at 90 and last year we moved up to 73. I know for a fact we are one of the fastest-growing brands, so we’re clearly pushing forward," says Palmer.

Another opportunity to push its brand and new vehicle technology agency is be the impending launch of Nissan’s new London taxi, NV200. The van-style vehicle is set to include a number of classic London cab hallmarks, after gaining the personal approval of Mayor Boris Johnson.

As well as being Nissan-badged, Palmer promises "plenty of branding", especially for passengers in the rear seats. The vehicle will initially run with a conventional engine, but Palmer is keen on the idea of getting EV taxis on London’s streets: "The best way to answer concerns about electric cars is to get people into them.

"If you think of the millions who ride in black cabs each day, then you get a feel for what these vehicles could achieve in terms of changing perceptions," he adds.

Palmer may be focused on "science", but in the sense of scientific innovation, rather than the cold, numbers-driven approach which may trouble many marketers. With sales and market share rising, the numbers look pretty good too.

Volkswagen conceals a hidden frame in a YouTube clip