As the 11th annual Advertising Week wraps up, keep in mind these key learnings

NEW YORK — The 11th annual Advertising Week is drawing to a close, but the lessons its speakers shared should stick with industry professionals.

1. Think like a hacker
Bonin Bough, VP of global media and consumer engagement at Mondelez International, urged marketers to examine the practices and internal cultures of startups, which "create growth and value faster than larger organizations that have been around for 100 years."

"[Startups] are all focused on this notion of being a hacker and this idea of constantly breaking themselves," he said during a session on Tuesday. "As we think about ourselves, we have to ask: ‘How do we break our process, careers, and our organization?’"

What does a communications pro need to break the mold? Fearlessness, said Mondelez CMO Dana Anderson, who joined Bough at the event.

"This is the time to demand greatness, because consumers want it," Anderson said. "If it’s not engaging enough to tell someone about it, then it’s not great enough for you." 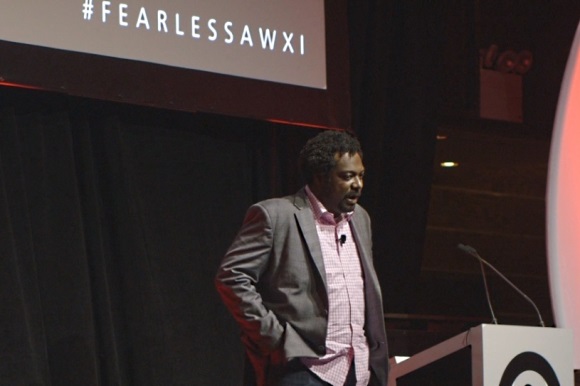 2. Create branded content – but don’t put all your eggs in that basket
Content is still king, and was the subject of a discussion on Monday morning between WPP CEO Martin Sorrell and executives from Amazon, ESPN, CBS Interactive, and Live Nation. Sorrell asked the panelists whether brands should create their own content or invest in native advertising on other channels, and the consensus was a combination of both.

The rising popularity of branded content demonstrates that marketers are increasingly concerned about how their content resonates with the audience, said Russell Wallach, president of Live Nation Network. Consumers don’t care whether content is branded, he explained.

"They just feel good about a brand that enhanced their experience," Wallach said.

3. Start every campaign with a hashtag
The notion that social media concepts should lead the development of all marketing campaigns was a recurring theme, said Jim Joseph, president, North America at Cohn & Wolfe.

"If an idea can't be easily captured in a hashtag, then it's probably not going to be engaging enough to move consumers," he said. "The ideation process should begin with a social concept. The goal should be to imagine how consumers will interact and share the brand within their personal networks. Without the ability to go social, campaigns run the risk of falling flat and staying siloed."

4. Storytelling should not be beholden to data
Everyone’s talking about data these days, and debating the balance between creativity and analytics was a major theme of Advertising Week. Numbers don’t come in handy with the art of storytelling, according to a group of studio and TV leaders who spoke on Wednesday.

"There is a misconception that because technology makes many things more efficient, we assume that it makes everything more efficient," said WE tv president Marc Juris, "but it does not help with the art of storytelling in any way. That takes time and talent, which is in short supply."

WPP boss Martin Sorrell, who famously made a distinction between "Mad Men versus maths men," said that the days of creatively driven campaigns were far from over.

"It’s Mad Men and maths men," Sorrell said. "It’s not maths men to the exclusion of Mad Men or vice versa. The answer is both. Inspiration is still key, but inspiration in a very broad sense." 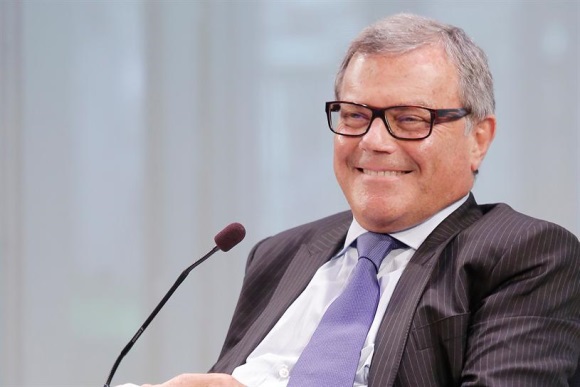 5. Consumers’ attention must be earned over time
Engagement was a buzzword at the conference, but advertisers have come around to a notion familiar to PR pros: it’s not about the quick hit. To capture consumers, marketers have to be in it for the long haul.

"This means adjusting the impression, reach-based marketing mentality that has informed much of advertising strategy in the past," said Erika White, corporate communications director at Pandora. "Thinking beyond earning a single click or view and focusing on truly earning consumers' attention and engagement over time will be what winning marketers and communicators take away from this week. Making a meaningful connection with an audience doesn't just mean reaching them – it means resonating with them."

6. New ways to connect with audiences
Brands must find new ways to connect with audiences as more people bypass traditional channels of communication. Take, for instance, The Players’ Tribune, a new venture fronted by former New York Yankees captain Derek Jeter. The website’s goal is to allow athletes to tell their stories from a first-person perspective. Jeter said he wants players to have the opportunity to "connect directly with fans with no filters" and be their own editors.

Under this new model, consumers would see brands from an athlete’s perspective, rather than the reverse. Athletes could also bypass mainstream sports outlets such as ESPN and Sports Illustrated when they have significant announcements, such as when Seattle Seahawks quarterback Russell Wilson, who serves as senior editor of the Tribune, waited until the site’s launch to enter the debate on domestic violence.

"Today, you have to control your own media and intellectual property," said Gary Hoenig, founding editor, ESPN The Magazine, and chief content consultant of Jeter Publishing, during a panel on Wednesday. "People who own their own valuable content are not so quick to give it away." 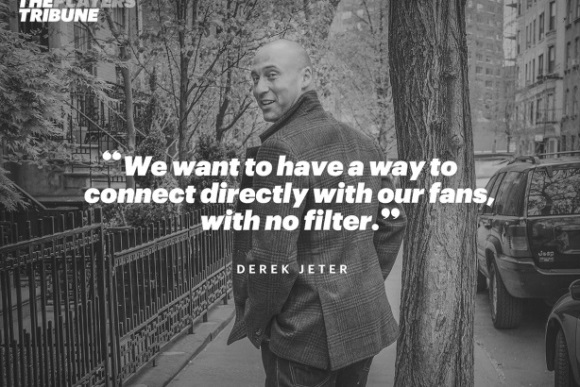 7. During crises, don’t overlook your most passionate fans
Emotions can run high during a crisis, especially among a brand’s super fans. Just look at the recent controversy with the NFL.

But Seth Rabinowitz, SVP of marketing and fan engagement for the New York Jets who spoke on a panel on Tuesday, warned brands not to disengage entirely from such passionate communities during high-stress situations.

"The intensity of emotion can be negative or positive. What we have seen with the NFL in the last couple of weeks is that partners sometimes get scared when [the issue] runs to the negative, and sometimes for good reason," he said. "But, sometimes negativity does not mean the end of the relationship. As long as you try to make it right, it can survive what seems like heavy incoming fire. With super fans, if you disengage them, you will find it hard to get them to come back."

8. Prepare for the unknown
It is a common refrain when marketing pros come together at events such as Advertising Week: What’s the next big thing?

"The same questions were asked over and over again: ‘Where do you see location technology in 2025?’ or ‘What's the next big thing after YouTube, Facebook, and Twitter?’" said Fern Diaz, events manager at digital agency Huge.

But these are the wrong questions to ask, Diaz added.

"Instead, what we should be asking is, ‘What measures are you putting in place today so that you’re ready if the ‘next big thing’ arrives tomorrow?’" she explained. "The one thing that will really differentiate agencies, brands, and products in terms of keeping up with the pace of innovation and iteration is how prepared they are right now to adapt to the unknown – not how well they can forecast the future for a live audience."

9. Don’t be afraid to fail
Leaders should foster a workplace culture where employees are allowed to fail and "pursue the art of the possible," MDC Partners CEO and chairman Miles Nadal told an audience on Monday.

"It is about rewarding risk and understanding that when we try new things, two out of three of them won't work. But if you aren't failing, you aren't trying," he said. "It is not that we accept failure, but we accept there is risk associated with invention and innovation decisions."