Nike and Porsche have suspended their relationship with Maria Sharapova following her admission she has tested positive for a banned drug, while Tag Heuer said it has ended discussions about renewing her contract.

However, mineral water brand Evian has been less quick to distance itself from the tennis star, with which it has worked for a number of years, and took almost 24 hours to issue a statement which it neither backs her nor indicates it is dropping her.

The statement suggests, as other brands have, that it was not told about the positive drugs test before Sharapova went public yesterday evening.

It reads: "We were surprised by the announcement of Maria Sharapova during her press conference on March 7, 2016. Evian has been a partner of Maria Sharapova for many years, and until now, we have maintained a trustworthy professional relationship. Evian attaches great importance to health, to integrity and to transparency, and we will follow closely the development of the investigation." 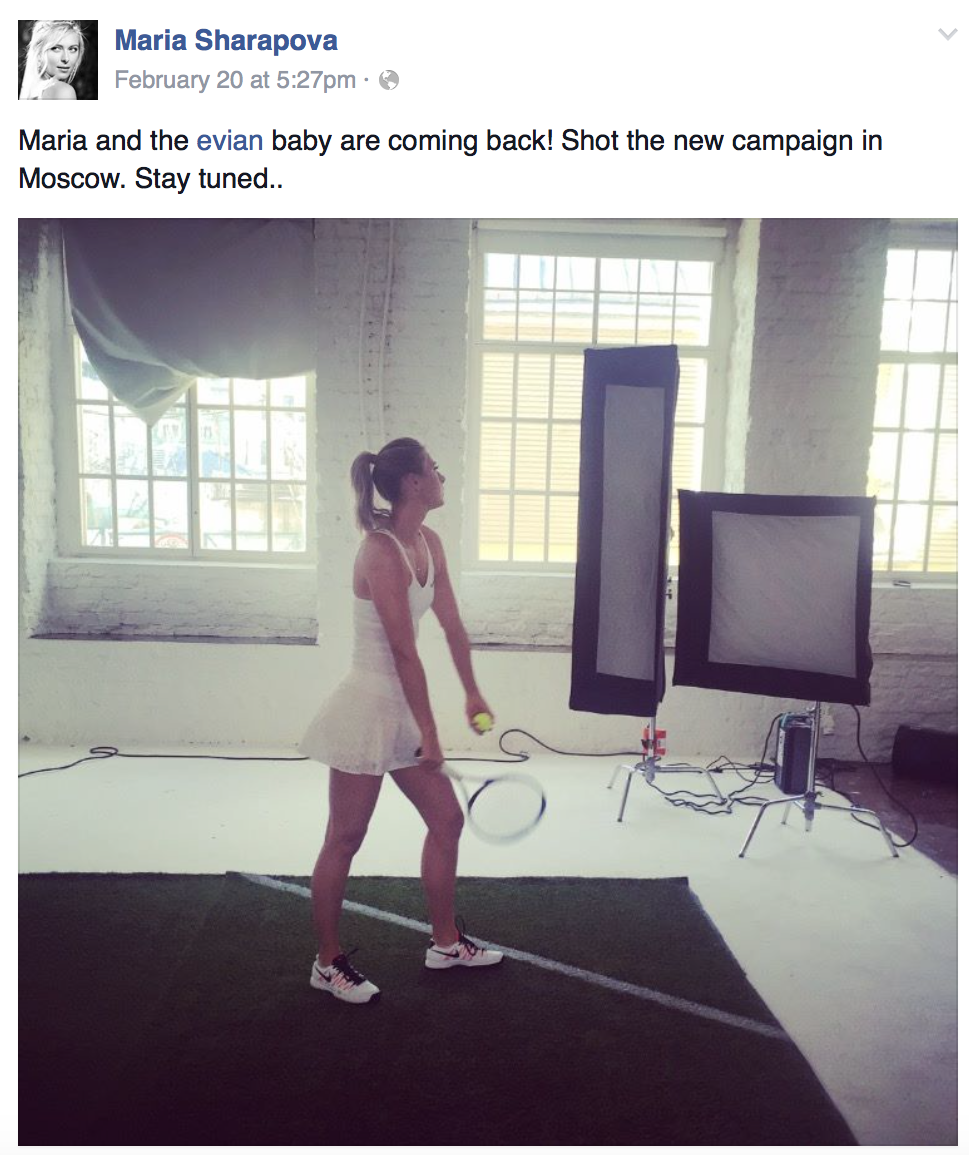 Sharapova was due to appear in a forthcoming campaign for Evian, according to a post on her Facebook page which shows her shooting another appearance in its long-running baby-themed advertising. Evian's PR team has not clarified the situation.

Given that Evian has repeatedly given Sharapova a key role in campaigns designed to amplify its sponsorship of Wimbledon, it is possible she was lined up for its marketing around this year's tournament.

In 2013 Sharapova appeared in an Evian video ad where she was shown being surprised to encounter a baby version of herself. In 2014 she appeared in an Evian-sponsored music video by pop group Rizzle Kicks in which the duo chase her around Wimbledon. 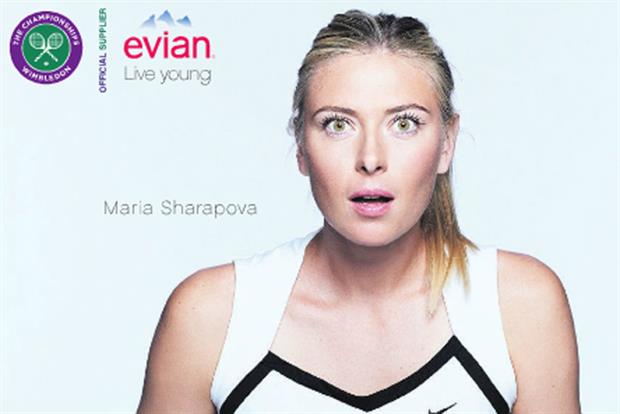 Last year her role was reduced, with an appearance in Evian's online talk show 'Wimblewatch' alongside other tennis players, celebrities and bloggers.

The 28 year-old Russian tennis star's main brand supporter, Nike, which has worked with her since she was 11, revealed it had suspended its contract soon after Sharapova's press conference disclosing she had tested positive for a drug called meldonium, also known as mildronate.

This morning watch brand Tag Heuer said in a statement: "Maria Sharapova was under contract with TAG Heuer until December 31th, 2015. We had been in talks to extend our collaboration. In view of the current situation, the Swiss watch brand has suspended negotiations, and has decided not to renew the contract with Ms Sharapova."

Sharapova has claimed she had been taking the drug since 2006 for health issues and had not realised it had been added to the International Tennis Federation's banned list at the start of this year.

She said: "I take responsibility for my professionalism in my job and I made a big mistake. I know there will be consequences and I don't want to end my career this way. I really hope I will be given another chance to play tennis again. I can't blame anyone but myself. I have let my fans down."

Other brands associated with the star include Avon, tennis racquet maker Head and sunscreen brand Supergoop, and she also launched her own brand of high-end confectionery, Sugarpova, in 2012. Two months ago Sugarpova expanded into chocolate through a partnership with Polish confectioner Baron Chocolatier.

Avon, which signed Sharapova up in 2014 to front marketing for its Avon Luck fragrance (see video below), has said it has "no comment to make at this time".

The International Tennis Federation said that Sharapova had accepted the result of a drugs test carried out on 26 January and will be provisionally suspended with effect from 12 March.

Sharapova told the press: "It is very important for you to understand that for 10 years this medicine was not on WADA's banned list and I had legally been taking the medicine for the past 10 years. But on January 1st the rules had changed and meldonium became a prohibited substance which I had not known."

Nike quickly announced it was suspending its relationship with her until further notice. It said in a statement: "We are saddened and surprised by the news about Maria Sharapova. We have decided to suspend our relationship with Maria while the investigation continues. We will continue to monitor the situation."

According to various reports Sharapova's lawyer has said the punishment for a positive drugs test could be up to a four-year ban from the sport but that he believes there are several mitigating circumstances that could result in lesser action.

He told Sports Illustrated: "We are attempting to have a conversation with ITF up front because we think there are laundry list of extremely mitigating circumstances that once taken into consideration would result in a dramatically reducing any sanction that they might want to impose on Maria."

Nike and Head to continue sponsorships of Maria Sharapova despite ban

The forgotten language of experience design

The Public Reacts: Have Maria Sharapova's sponsors treated her fairly?