Somesuch director Felix Cooper explains how he documented stories of the girls' game around the world.

Now that the Women’s World Cup is over, there is a danger that the spotlight will shift from women’s football – which is why Nike and Gurls Talk’s documentary has come at an important time.

Their film, entitled Spit Fire, Dream Higher, celebrates girls around the world who are paving the way in a sport that has so long been dominated by men. Their stories represent the future of the women’s game and reveal how the sport has empowered them and their communities.

The documentary was directed by Felix Cooper through Somesuch, in collaboration with Gurls Talk founder and model Adwoa Aboah. To accompany the project, Cooper and Aboah have also created a book, published by Idea and designed by Fraser Muggeridge Studio, that says: "This is a book of women’s football. Not the World Cup. Not the final. That was yesterday. This is tomorrow. The grassroots game around the world and the girls who play it… It marks a moment when ‘football’ does not, by default, mean men and boys."

Below, Cooper talks about the journey he went on to capture the grassroots game of women’s football around the world.

How did this project come about?

In 2017, Adwoa and I went to Uganda. While there, I shot a short portrait film of one of the girls in the refugee camp at the border with South Sudan. Betty, whose nickname is Suárez, had fled the conflicts in South Sudan and she had started an all-girl football team in the camp.

When Adwoa started working with Nike, she showed the team the work. They were moved by Suárez’s tenacity in the face of adversity and they wanted to tell more stories about girls being radical in different parts of the world. 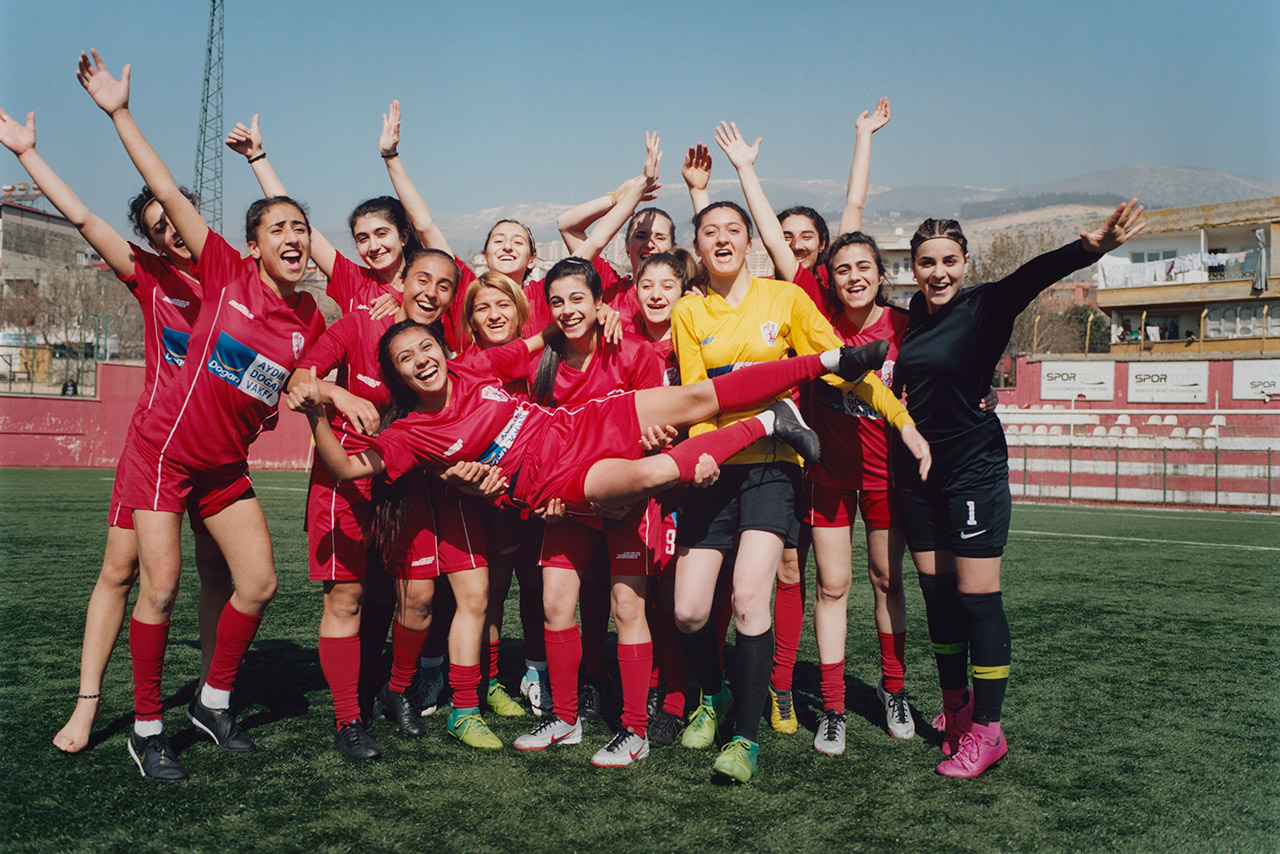 Which stories from the film most inspired you?

Each of the girls has so much to say in different ways that it’s hard to single one out. To say Precious, whose story leads us to Ghana, is extraordinary would be an understatement. She’s from an underprivileged neighbourhood in Accra, but she had what she sees as the good fortune to get accepted to a football academy two hours away – the first for girls in west Africa.

At 14, she already has the wisdom to know how she can help others by sharing what she has learned with other kids in her neighbourhood. She puts on football tournaments and at the beginning of each she makes a speech encouraging her peers to take their education as seriously as they do football. She then mixes the boys’ teams with the girls’ teams, so everyone is treated fairly – not as boys or girls, but as players.

In another world, there’s Ikranur in eastern Turkey. Her mother used to burn her shorts to stop her from playing football – it wasn’t a sport for girls. Just by standing her ground and continuing to play her sport, she changed the way her mother thinks, which in turn changed the way others in her neighbourhood think. She is one person and she is creating change.

This film really is for everyone. We can all learn so much from listening to these girls. 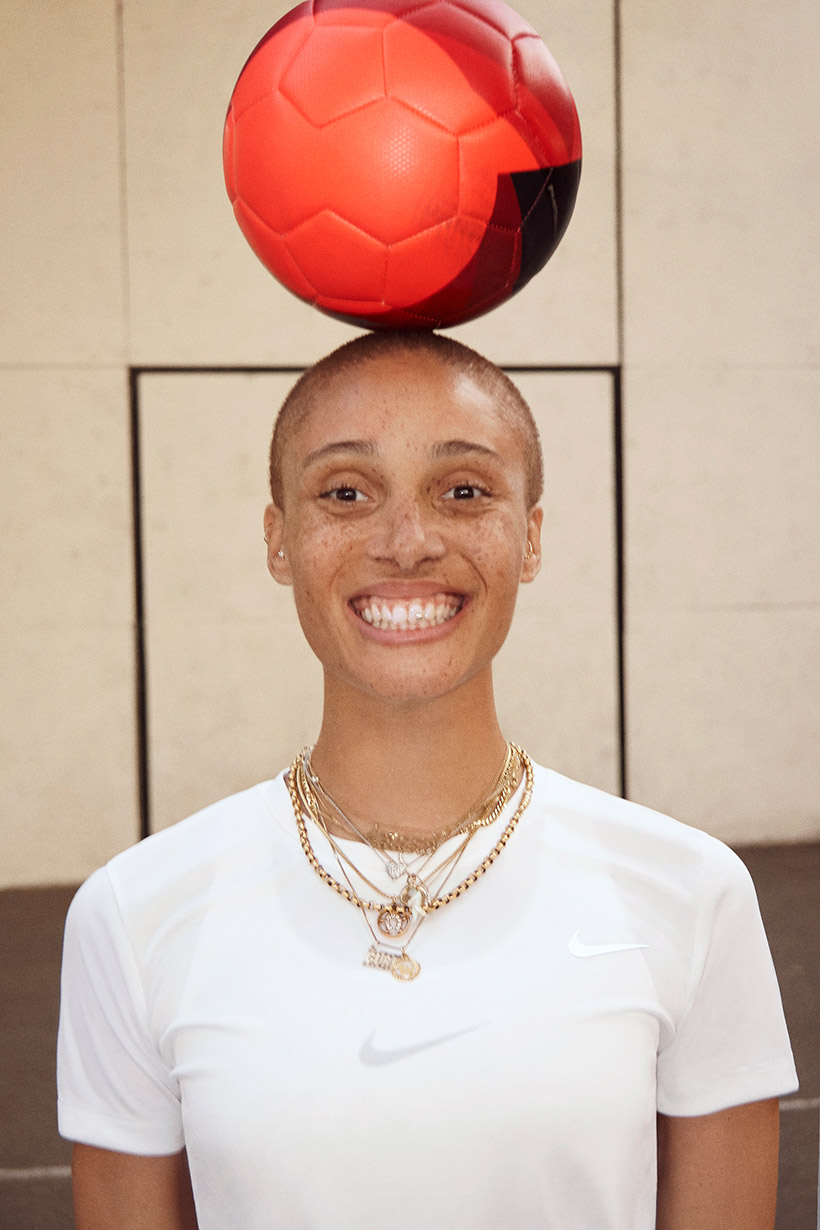 The film spans different geographies and cultures, but what unites those stories?

Each of the athletes we meet in the course of the film certainly shares a simple passion for the game. But, more than that, the sisterhood that being part of a team creates quickly became the most visible, tangible theme throughout the film.

As someone interested in human stories, it was important to me to explore their lives off the pitch: their families, their homes. Their teams are a huge part of their community and they share their lives with their teammates. It was such a joy to get to know not just our main feature subjects, but also the girls around them. The energy and dynamism of these young players in each country was what kept our crew’s energy up through long shoot days.

Football is traditionally seen as a men's game. How does this film challenge that and what message do you want to share?

Throughout the course of making this film, it was most important to me to see football as a universal language. Something more than a sport – a shared, unifying thing. In each country, boys play football and girls play football. All of the countries featured have a women’s team that qualified for the World Cup. In fact, in South Africa, the women’s national team, called Banyana Banyana, qualified while the men’s team did not.

The film does the simple thing of putting the spotlight on young people obsessed with the sport. These young athletes are female and their commitment to training and dreams of being pro are not inferior to the boys in their communities. They aren’t apologetic about their ambitions or shy about playing aggressively. Whatever traits you might associate with a male player, there is no difference when it comes to a female player. I’m not sure that was the goal I set out to achieve, but quite simply that’s just something the girls themselves show.

It was important to me throughout to really listen to the girls and let them express themselves the way they wanted – what football means in their life and what effect playing the sport has on them. It’s a film that’s about so much more than football. 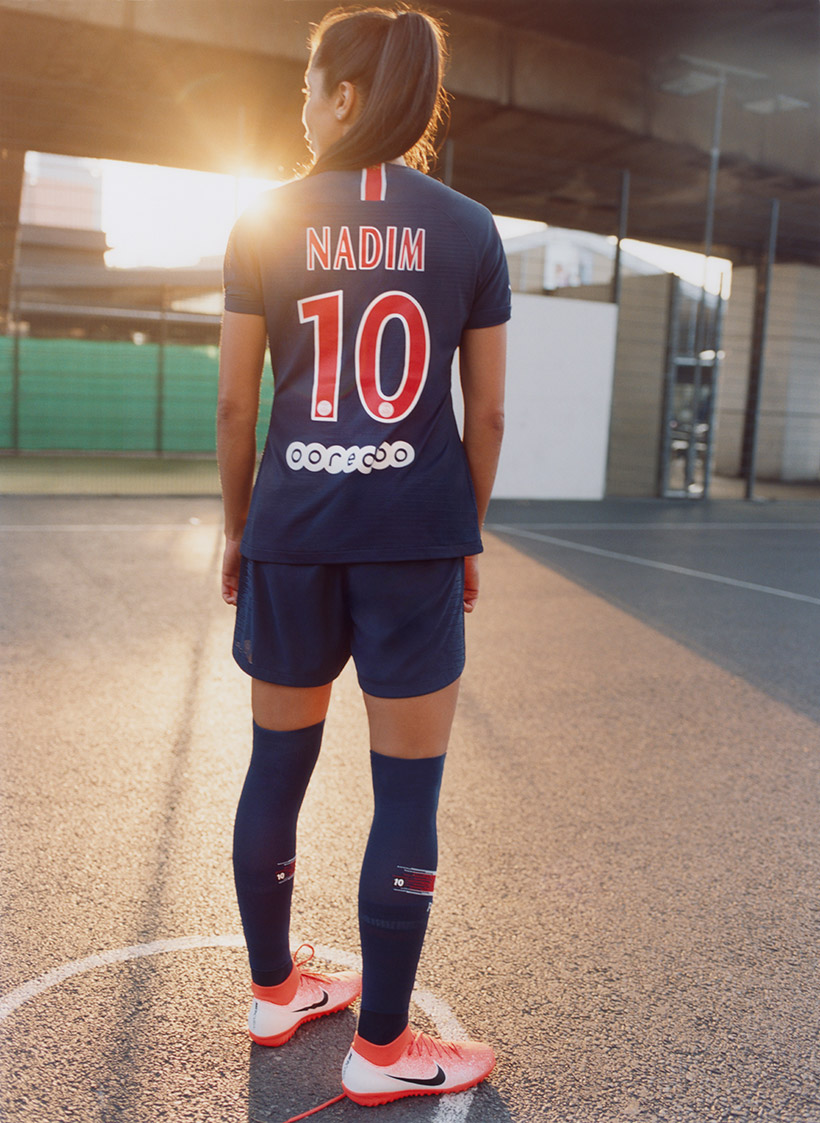 With the Women's World Cup now over, there's a danger that some people will forget about women's football. Do you think we're at a turning point for women's football and what needs to change?

What I’ve felt throughout the project is that these girls don’t just want to be the best they can be, they also want support. Like any football player, they love showing off and doing tricks. Their teams have special celebrations when they score a goal. They have traditions and superstitions before a match. So they want to be watched and cheered on.

My incredible producer Isla Gordon-Crozier and my sensitive, compassionate director of photography Spike Morris were by my side in encouraging a sense of showing our subjects we had showed up for them. To listen to them and to share whatever they felt was important to communicate with our audience. Everything you hear and see in the film is theirs. It's a statement for a young person in Johannesburg to know that a crew of people will travel for days to meet you, talk to you and be present with you.

The Women’s World Cup has generated a huge amount of support for the women’s game and it was so encouraging while cutting the film to have the swelling of energy for women’s football going on. It’s given young women the message that there is opportunity for them in their sport. People are listening. They are supported.

It's coming home: how brands can get behind women's football