The UK’s six leading newspaper groups will launch the campaign on Monday, 14 March, through Newsworks, the trade association for newsbrands.

The ads were created by Hobbs Holmes Marcantonio. In September 2015 the agency created an eight-week campaign for Newsworks with the slogan "nothing works like news works".

One of the print ads displays the copy: "Media buyer scoops 46 million" and explains that media planning "doesn’t have to be a lottery" because newsbrands can reach 46 million readers each month. 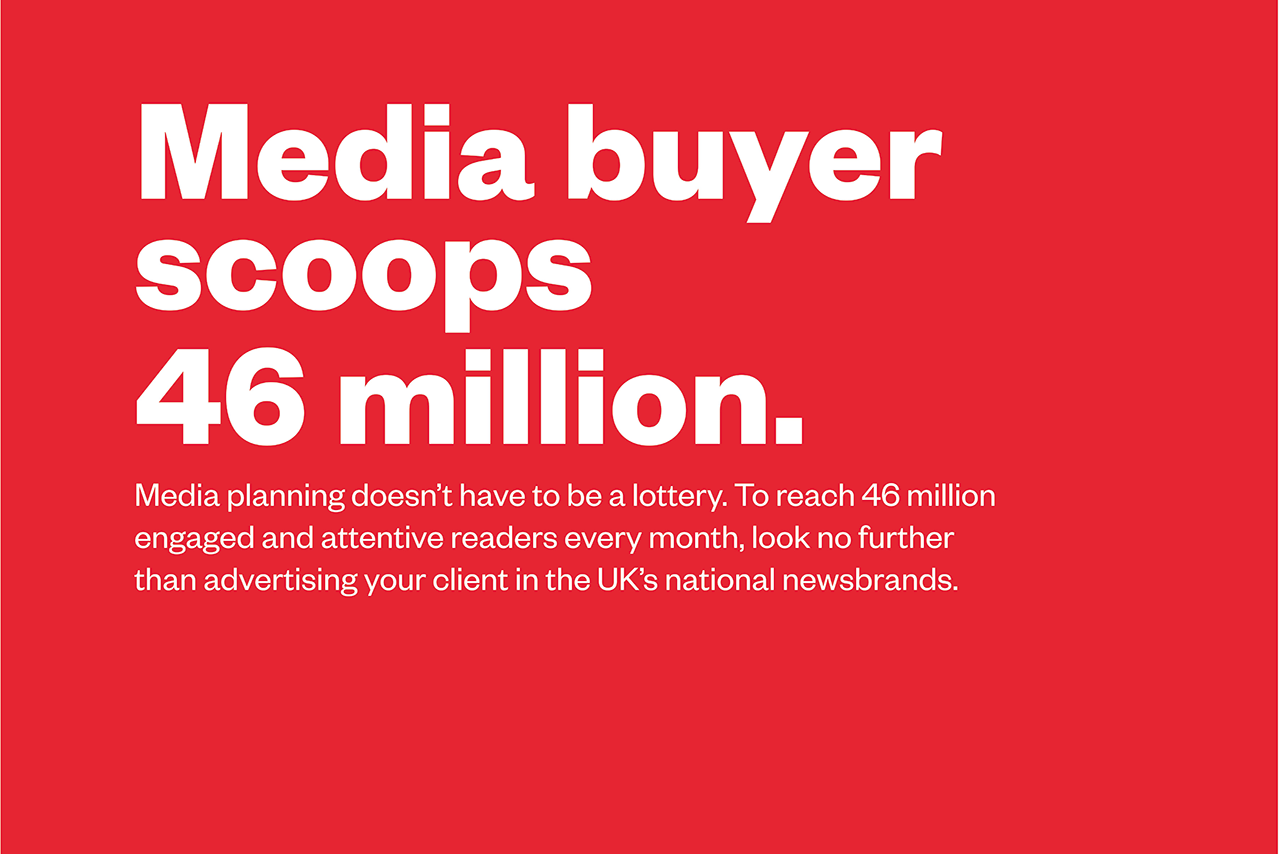 The other ad says: "On paper and on screen, we set the nation’s agenda. Every day."

The ads will run for six weeks and also run across London outdoor sites including roadside, Underground poster sites and taxis.

Rufus Olins, the chief executive of Newsworks, said: "The fact that newsbrands reach 46 million people a month still surprises quite a few people.

"It’s more than the number of people who use Google and testament to the way newsbrand content is finding new and bigger audiences and continuing to set the nation’s agenda. This campaign helps to land that message and reminds people of the important role they play.’’