The agency topped September’s new business league with an estimated year-to-date revenue of $183.9 million, according to data compiled by R3.

Leo Burnett slides into second with an estimated year-to-date revenue of $161.3 million, followed by McCann WorldGroup at $139.8 million.

BBDO dominated in the U.S. with the huge Ford win. Longtime incumbent WPP is retaining the activation portion of the business, which includes pieces like media, production, CRM and digital. Wieden+Kennedy also came away from the review, which was run by Flock Associates, with a piece of the business, being hired for special projects and innovations.

Elsewhere, David&Goliath took home one of September’s top 10 U.S. creative wins with California Lottery. The El Segundo-based shop fought off competition from McCann, MullenLowe, Campbell Ewald and FCB. It retains the account after working with the lottery since 2010 and is the first agency to win the business twice in a row. It is estimated to be worth around $295 million. 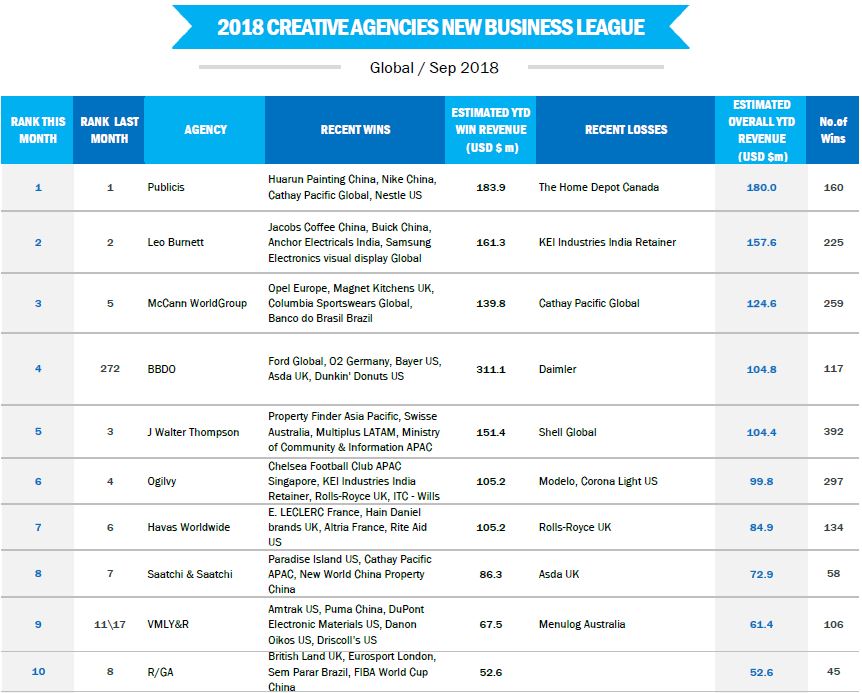 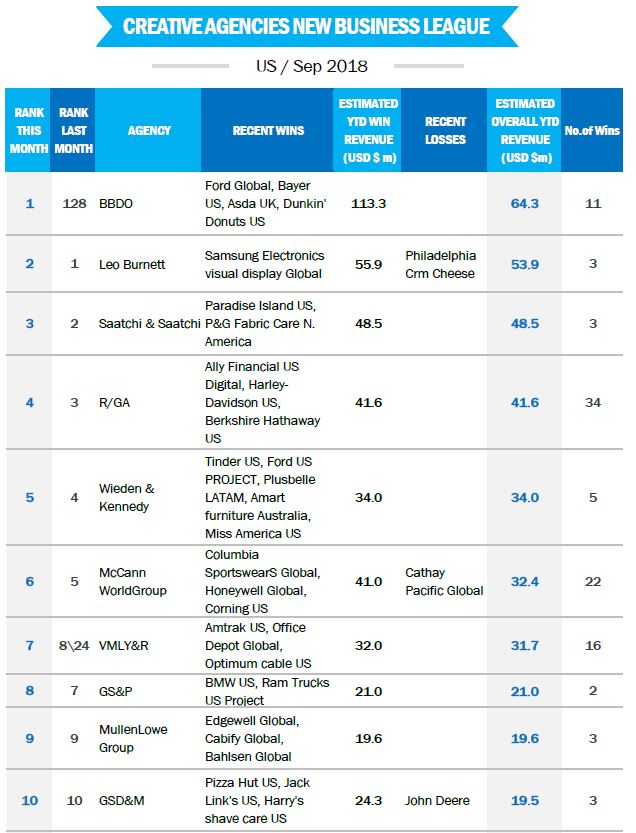 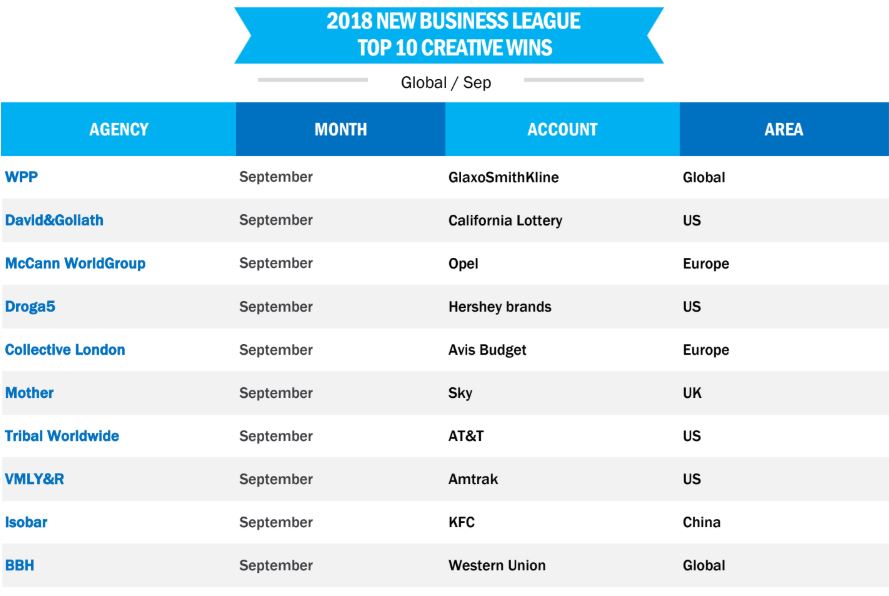 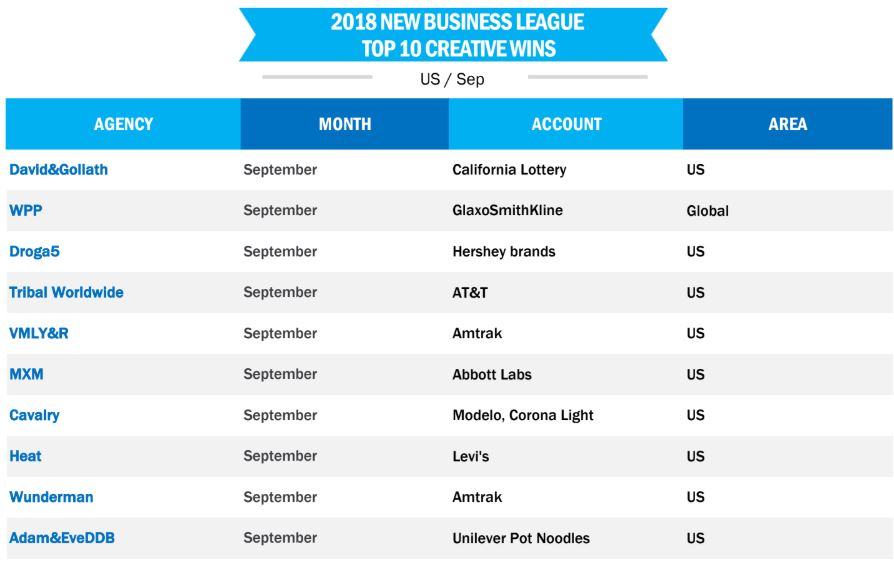 8 lessons a creative director learned as an account person

MediaLink and Cannes partner to launch CLX at 2019 festival

4 most important takeaways from ANA Masters of Marketing 2018

Are we there yet? The Female Quotient's Shelley Zalis on the portrayal of women in media