This month's account of business wins and losses, collated by consultancy R3.

J. Walter Thompson made a sizeable jump up October’s new business league in its last month as a standalone shop.

Topping the global chart, however, is Publicis with an estimated overall year-to-date revenue of $180.3M, followed by Leo Burnett with $159.7M.

"In the U.S., Goodby moved up 85 places off the back of their BMW and Pepsi wins with Accenture’s MXM also moving up two spots," said R3 Principal Greg Paull. "Amongst U.S. media agencies, it was a strong month for Omnicom securing the U.S. Army and Daimler, and Initiative also picked up UPS and KPMG." 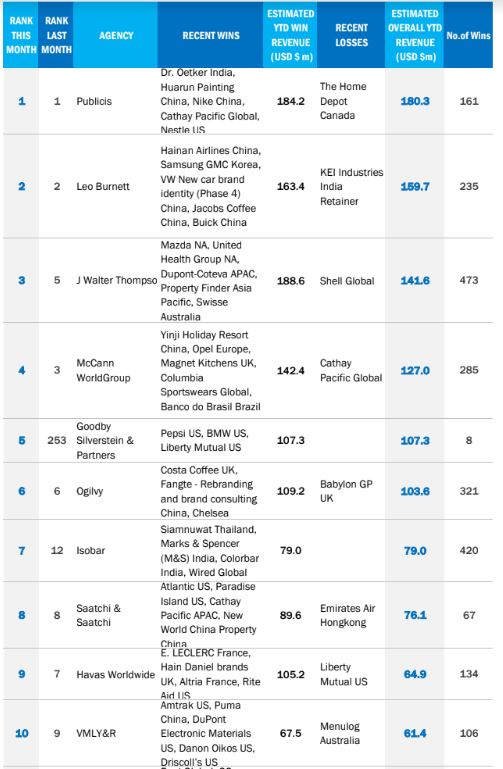 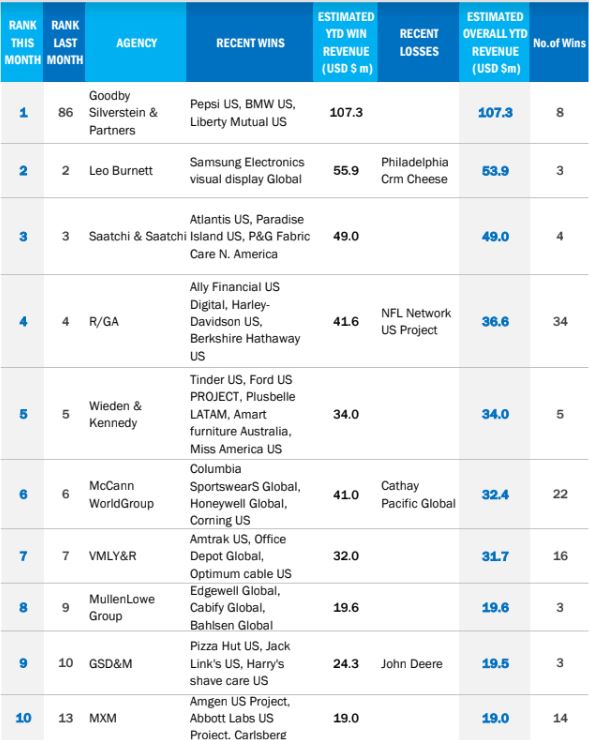 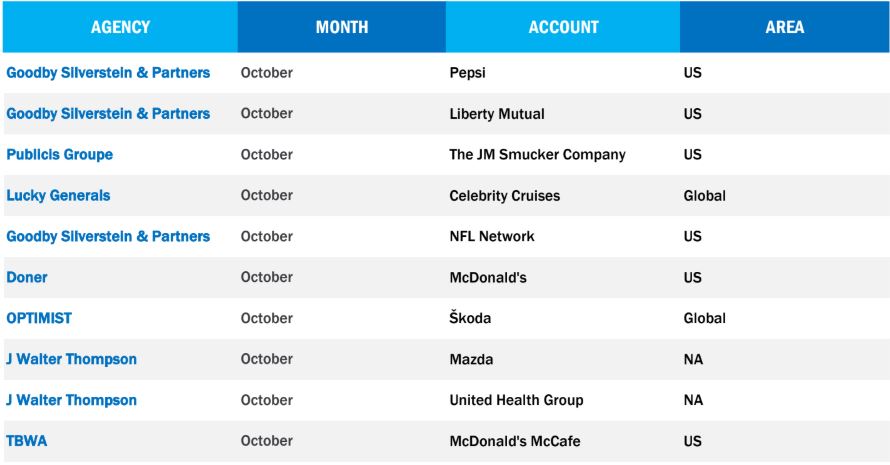 Self-care is slippery, confusing and necessary for creativity