Hastings made the comment in an interview with the Wall Street Journal.

Six months have passed since adland shut its offices and asked staff to work from home.

The hum of the office printers has been replaced by cries of “you’re on mute”, while virtually browsing the bookshelves of co-workers or watching their children and pets gatecrashing calls have become the new distractions.

This mass remote-working experiment has been seen widely as a success. Companies who responded to Campaign’s latest survey have claimed it has brought higher productivity levels, closer relationships with clients and the ability to hire more diverse talent. Meanwhile many individuals have rejoiced at dropping taxing commutes and believe they have a better work/life balance.

But as time ticks on, there is growing pressure from the government to return to the office to revive city centres. And questions are arising about whether long-term working from home will erode company culture and motivation, as well as what impact remote working will have on more junior staff and their career progression.

There are also some high-profile naysayers. In a recent interview with the Wall Street Journal, Netflix chairman Reed Hastings was scathing about working from home.

Although he said Netflix’s employees would not be expected to be back in the office until the majority had been vaccinated against Covid-19, and that even then, he thought it was likely that they would continue to work from home one day a week, he wasn’t supportive of this change.

He claimed he did not see any benefits to working from home: "Not being able to get together in person, particularly internationally, is a pure negative.”

Netflix sparked widespread debate in 2009 when it published its approach to creating a high-performance culture, including its unforgiving approach of firing anyone who isn’t considered to be “an A player”. But the work landscape has shifted fundamentally since then.

Is Hastings right that working from home is an impediment to a high-performing company? 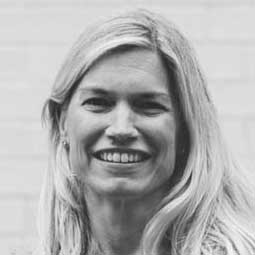 Hastings says he wants to get the “absolute best players”, but insisting that those players are physically present in the office at all times, if that is what he’s demanding, suggests a lack of trust or belief that his people can be productive and creative without being monitored closely at all times. It’s bizarre – we’ve seen amazing productivity in the last six months while our teams have been working remotely, and we have recently announced hybrid remote/office working for absolutely everyone as our permanent longer-term goal. Offering flexibility and trusting our teams to deliver will, I believe, allow us to attract and retain broader and better talent. This is even more critical in our business, where our people are our competitive advantage.

The industry experienced teething problems at first, but having been launched into fully working from home for the last six months, I can fervently say that I have been so impressed by our teams and the levels of commitment to getting the work done despite the various struggles we have experienced. WFH is definitely not a "pure negative" as we have so rightly proved in the past few months. However, nothing beats creativity in the office, brainstorms and team meetings face to face, and as our Television Centre offices start to open, I’m seeing an exciting buzz from teams who are coming together for the first time in months. It’s pretty certain our new future will be a hybrid of working from the office and working flexibly, and we will end up with the best of both.

Calling WFH "pure evil" feels like biting the hand that feeds you; lockdowns have seen Netflix’s business rocket. It also misses the nuance of the time. At McCann Worldgroup we are missing the charge of physical meetings and collaboration with each other and clients greatly. The serendipity at the heart of the creative process is much harder to achieve via a screen. But, for many, the opportunity to try out new tech and methods and at the same time regain the commuting hours has pointed to a new, richer balance of office and home for the future – ultimately reframing and redefining what it means to be productive. And, crucially, at a time of massive uncertainty, it has helped our people feel safe. 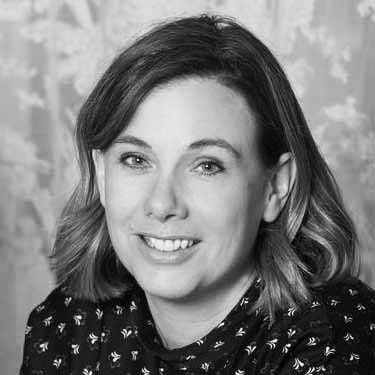 I take issue with Reed Hastings’ assertion. When we set up The Fawnbrake Collective back in 2017 the idea was to design a more flexible operating system so that independent talent could still operate at a senior level. That system meant trusting Fawnbrakers to work in the way that worked for them. So, often staff worked on projects from home, connecting remotely or getting together in person in shared workspaces. Working from home at its best offers peace and physical space apart that can be desperately needed for projects. Working from home while homeschooling rambunctious children, or caring for sick family members, is obviously not ideal but in our experience home-working creates smart solutions and diverse teams.

The first year of lockdown – the Zoom quiz/homebaking/queueing for a four-pack of Andrex stage – found us in crisis mode. It was our generation's Blitz, we kept calm and carried on trying get the Teams link to work. Employees reported that they had surprised themselves with their productivity and were enjoying getting to know the people they shared a living space with. All of us have felt more conflicted as time has gone on – most of those things have proved to be fleeting illusions – and the evidence broadly suggests that most people would like to return to the office two or three days a week.

But there's one exception to this opinion – bosses. Those who had their own private offices report feeling unhappiest with the new way of working. I've no way to speculate about Reed Hastings' domestic situation, but he told an interviewer last week that marriage counselling had taught him that he is a "systematic liar", so maybe he's looking to escape his lavish home study to stop his fibbing getting out of hand. For Hastings, he dreams of getting back to the corner office on the edge of the Netflix open-plan savannah and telling no more porkies. For the rest of us, we've seen that the future of work looks like a blend – we'd like to have our cake and to eat it.