Netflix has enjoyed a massive 45% boost to viewer numbers in the past year, driving up the overall video-on-demand category, according to the IPA's TouchPoints 2018 survey.

On average, 99% of UK adults are watching four hours and  41 minutes of TV and online video every day. But while terrestrial TV still rules the airwaves, Netflix is at the vanguard of the changing face of viewing habits. Nearly a third (29%) of all adults watching Netflix every week, up from 20% in 2017. This rise is most pronounced among younger 15-34-year-old viewers, where 54% are watching each week (up from 39% in 2017).

The IPA report found that adult viewers are also watching Netflix for longer than before — an average of six minutes more per day. Meanwhile, Amazon Prime Video grew to a viewership of 11.7% of adults. 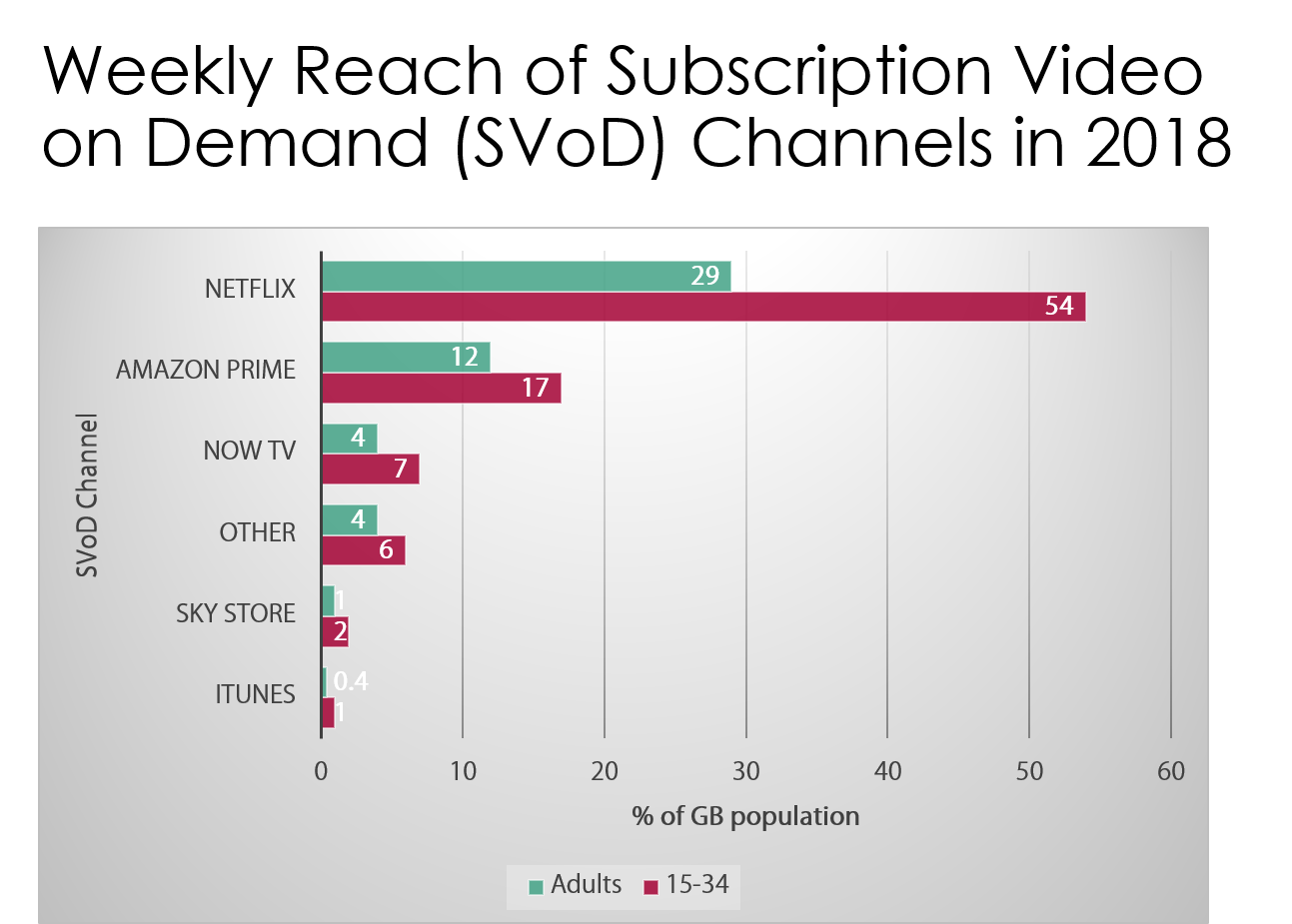 While terrestrial TV still dominates viewing habits, its a dominance that is being eroded. The top six most watched offline and online channels in order are BBC One, ITV/STV, Channel 4, BBC Two, Channel 5 and Netflix. The latter has leapfrogged seven channels including Sky, BBC Four, ITV2 and E4 since last year's report.

Given the rocketing popularity of video streaming, it is little surprise that British consumers are less keen on being told what to consume and when, and instead are more inclined towards choosing what to watch and when. Accordingly, binge-watching is on the rise, with 52% of all people surveyed saying they tuned in to TV or online to compulsively watch several episodes of a programme.

Overall media consumption is also on the up since last year's TouchPoints findings. On average last year, people consumed eight hours and 11 minutes of all media (including TV, radio, social networks, messaging, internet and cinema) per day. This marks a 3% increase year-on-year and a hike of 17% on 2005, when the IPA's survey made its debut. 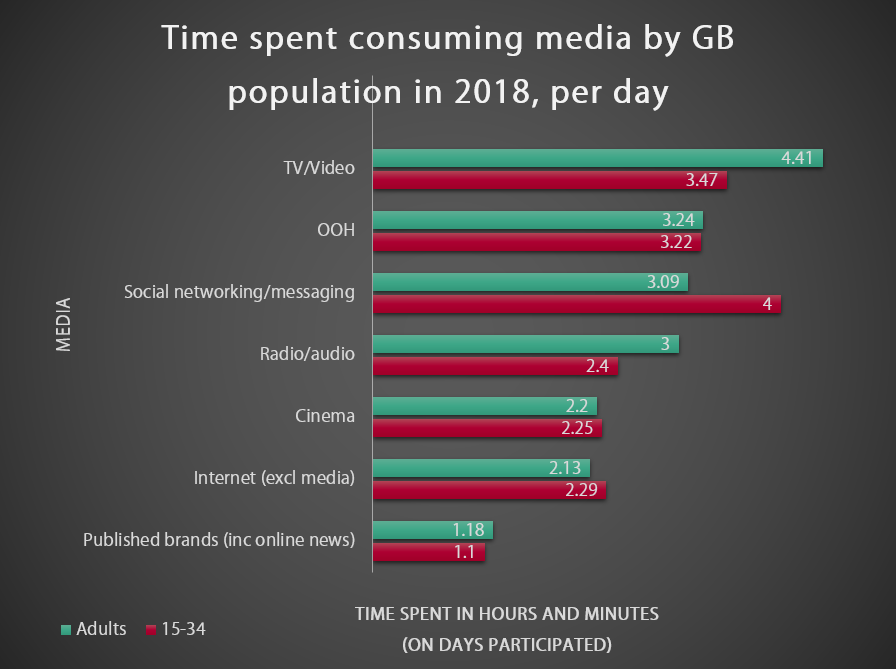 It is important to note that in the above table, the time spent consuming a particular medium refers to the day or days that a person actively engages with it, for the purposes of comparison. So while consumers will likely use the internet every day, their visits to the cinema are more likely to be far less frequent. Also, the table does not factor in reach (which for cinema is 9% and for TV 99%, for example)

However, attention spans are being divided, with a huge 94% of consumers multimedia-tasking, that is consuming two or more media in the same half hour at some point during the week.

Belinda Beeftink, the IPA's deputy research director, said: "The TouchPoints dataset provides a fascinating and comprehensive look at how we, as a nation, are spending our days and what is making us tick. The clear message from these media-related stats is that we are actively seeking out content – good content - via any platform, channel, and through any device. Particularly screen-based devices.

Sky and Netflix recreate scenes from Westworld, Game of Thrones, The Crown and Stranger Things

Should there be advertising on Netflix?