El got personal with inspiring stories about her road to the NBA at a She Runs It Multicultural Alliance Bootcamp event.

Pam El wasn’t always the confident, inspirational powerhouse she is today. Well, she was as a kid. But somewhere along the way, those terrible teenage years peeled off layers of fearlessness and replaced them with self-doubt -- as they do for so many of us.

In high school, she desperately wanted to be cheerleader, but was too scared to go to the tryouts. Her principal questioned why, and gave a speech about digging deep for courage.

It all came together soon after, when she went for tryouts to be a mascot instead, and was anointed the school’s next Red Devil.

"Follow the road less traveled -- you’re going to have a lot more fun if you do that," El told a crowd at a She Runs It Multicultural Alliance Bootcamp event in New York City on Wednesday. "That devil is the reason I’m standing here today as CMO of the NBA.

"This gig for me is a dream come true. And it did not just happen. It was planned in my mind for a really long time."

El, who’s been with the NBA since 2014 and holds a role which previously didn’t exist, spoke about the journey to her dream job.

She told how she was forced to swallow her pride and take a job as a secretary at an agency she wanted to work for after earning a degree in advertising. Two months later, El was elevated to the role she sought after.

"Passion is so key," she explained. "It is that fire inside of you that burns every single day, and if you don’t have it, you will die. You will die of boredom. If you do not have that fire, you are not going to make it."

But El said the problem with passion is that "we are all passionate about things and then we go to our jobs." She stressed bridging the gap between that fire and the thing that offers a paycheck every two weeks. 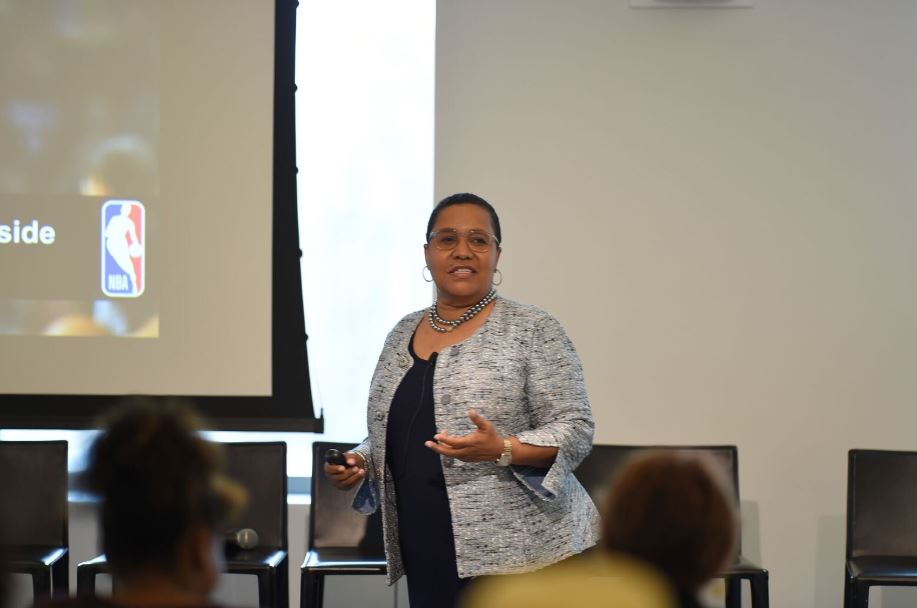 She shared her five personal tips to finding your passion:

El explained she once went to Texas to meet one of the most successful State Farm agents to see what he was doing right. Practically 100 percent of Dwayne’s clients were Spanish-speaking. The problem was, Dwayne didn’t speak a lick of Spanish. But he found a common ground: being a parent. He’s a dad, he cares for his kids, he wants them to be successful -- just like his consumers do theirs.

Have a good time doing whatever you do

"There are some people who are never happy," said El. "How about that person who comes in on Monday morning and says, ‘my weekend was horrible.’ When you see those people, get away from them. I can’t stand people who are going to mope because all they’re going to do is bring you down."

"I’m not telling you to leave your husbands," she said. "I’m just saying that if it ain’t right it ain’t right. If the campfire’s not blazing, cover that sucker up, move on down the camping trail and start another fire."

Be in tune with you

El said so many times she gets it right at work and with her family, but what she doesn’t get right is being in tune with herself. Know the difference between a hangover headache and a real headache.

Around 25 years ago, El was in L.A. on a shoot. Billy, her boyfriend at the time (and husband today) was coming out to visit. While doing her makeup, El noticed one of her eyes was blurry. She ignored it. When she finally went to the doctor, she was diagnosed with glaucoma. El had had it for three years. "I could have caught it at the start -- you can’t cure it, you can slow it down -- but I lost three years because I wasn’t being in tune with myself."

Once a year, El heads to the mountains in California, hikes, does yoga and completely detoxes her body and mind.

"This might be the hardest one to do," she explained. "We think we have to be something for other people. Your brand is actually who you are when no one’s looking. Guess what? Somebody’s always looking. So all you have control of is being yourself. And if you’re yourself and your truthful to yourself, that’s going to be the true you." 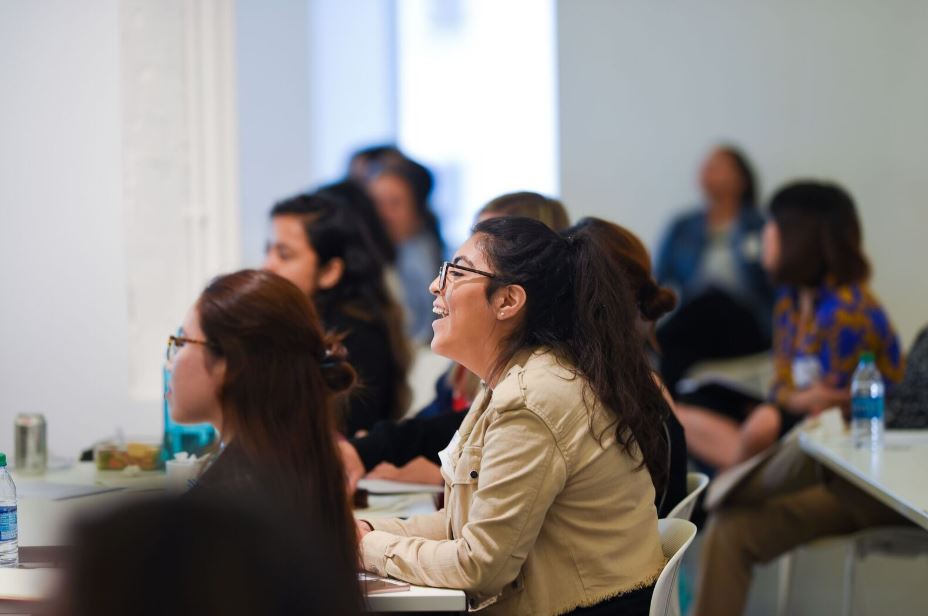 She Runs It (formerly Advertising Women of New York), has been advocating for women in marketing and media for more than 100 years. The Multicultural Alliance is a vital component of She Runs It, working to foster a sense of community among members. The organization relies on the alliance to infuse multiculturalism into existing programs and initiatives. She Runs It stands for all women, of all ethnicities, cultures and perspectives.

Behavioral data marketing 'no longer for Amazons of the world'