In 2009, a small Providence, R.I., shop called Nail Communications landed an account that gave it the opportunity for national attention. Vibram Five Fingers, makers of those five-toed running shoes, had launched about a year and a half prior and needed an identity. Along with a print and outdoor campaign, Nail created a website written entirely on naked human bodies called "You Are the Technology."

It’s the kind of work that defines the nearly 20-year-old agency, which has been producing edgy creative for name-brand clients without attaining celebrity status itself. In this case, Vibram sales jumped fivefold, and the campaign caught the eye of other brands. "That was our first big national and digital breakthrough piece of work," said Jeremy Crisp, managing partner at Nail. "It’s probably the most important piece of work that we did in our history."

In 1998, Nail began to form from the ashes of Leonard/Monahan, the well-regarded Providence agency where David Lubars, now worldwide CCO of BBDO Worldwide, got his start.

Chairman Bruce Leonard had recruited Brian Gross, an art director at Kelly/Dexter in Boston. But just a few months later, the agency dissolved. Rather than move his family again, Gross founded Nail and brought on a colleague from Boston, copywriter Alec Beckett, a year later. In 2007, they hired Crisp from J. Walter Thompson Dublin, where he was managing director, who joined Gross and Beckett as a partner.

There’s a palpable snark that infiltrates the copy on Nail’s self-deprecating website. "Winning awards is how we attempt to compensate for the insufficient praise we received from our cold, distant parents. Forgive the shameless bragging, we are deeply troubled people," reads the Awards page, alongside a list that includes a One Show Gold Pencil, an Effie Gold and the Northeast Gold for Ad Age’s Small Agency of the Year.

It’s a cultural aesthetic ingrained in the company from its founding. "It was born out of desperation. That'd be the best way to describe it," Crisp said.

In the spring of 2015, Nail rolled out a campaign for the shoe company timed with the Boston Marathon. A record snowfall the previous winter became the inspiration for posters with taglines like "Only Boston Makes You Train With Three Feet" that captured the city’s cynical whimsy. 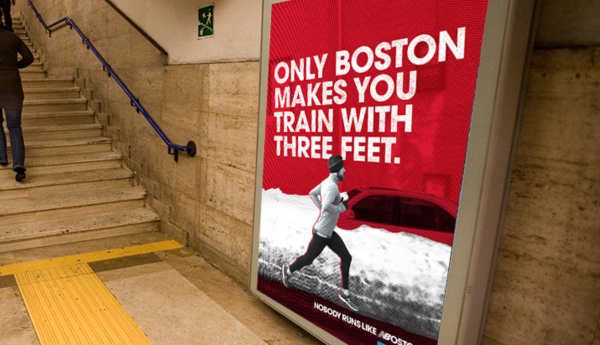 "It isn't a requirement for us to work with an agency that has footwear experience," said Jeff McAdams, head of global running marketing at New Balance, "but it lets us know that they understand the space."

The company is now New Balance’s agency of record for running. "Nail has a deep sense of curiosity that matches their creative ability," McAdams said. "In very short order the work we were doing with them began to expand. I think that's probably the best marks you can give an agency."

Nail helped revitalize the ancient candy brand by staging a "breakup" between the fictional Mike and Ike. "That's probably the piece that most people know us for," Crisp said. The campaign was egged on by a torrent of earned media and an unintentional boost from social conservatives.

That experience should come in handy as Nail helms the relaunch of the Otis Spunkmeyer baked goods label that debuts in April.

In 2010, Nail created the Nothing campaign for the food bank -- empty cans branded as "Nothing" that were sold in grocery stores beside regular brands of real food. It raised $150,000 for the food bank, which ended up licensing the campaign to food banks in four other states. "We all saw the potential and the cleverness of the idea to get people to think about hunger in the grocery store or wherever they're buying food," said Lisa Roth Blackman, chief philanthropy officer at the food bank. "That was a really powerful concept." 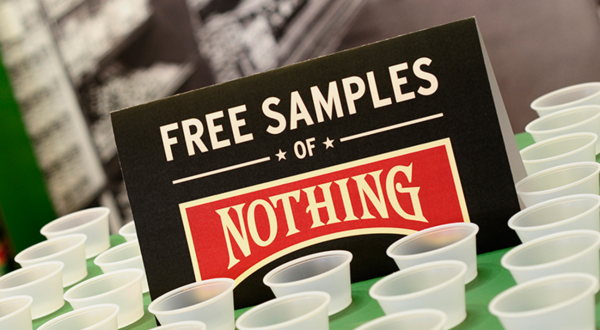 A tiny NY coffeehouse braces for its Super Bowl moment

Capitol offense: How the Bullets could help rehabilitate the Redskins brand