JAKARTA, INDONESIA — Long ignored or misunderstood by the mainstream, Muslim women's beauty needs are being championed by a new wave of niche brands, to commercial success.

Brands are unequivocally paying more attention to their relationship with Muslim consumers. This is certainly true of the cosmetic and personal care industry with huge demand for halal cosmetics and personal-care products from Malaysia, followed by Indonesia and Pakistan.

While the "halal" label is already well-established in the food sector, it gained popularity in cosmetics when the Malaysian government introduced a halal cosmetics standard in June 2010.

Striking a balance between faith and beauty can be tricky for Muslim women, though. Many fear that mainstream cosmetic products might contain alcohol or by-products derived from animals forbidden by Islam. Shelina Janmohamed, VP at Ogilvy Noor, says the growth is also being driven by concern that products Muslim women put on their bodies affect who they are.

The brands making a mark in this sector, Janmohamed says, tend to be smaller companies set up by entrepreneurs who thought, "There is no product that suits my need to be halal so I’m going to set one up for myself."

One such brand is Wardah, particularly popular in Indonesia. "Their line is made from all natural and halal ingredients, designed specifically for Asian Muslim women’s skins," explains Qoolio Chigurh, strategic planner at JWT Jakarta. "However, in recent years, they’re moving towards expanding to the broader public as more and more non-Muslim Indonesian women have chosen Wardah as they consider it to be a ‘safer’ choice for their skin."

In terms of marketing, these brands tend to take a two-pronged approach. "They are clear that the ingredients are halal-friendly and the second reflects the lifestyle of the audience that they are speaking to," Janmohamed says.

Research has shown, she says, that marketing by Western brands fails to appeal to Muslim women because it shows "an ostentatious type of beauty" that doesn’t speak to who Muslims are or what they look for.

Some Western advertisers are bucking this trend though. Sunsilk’s Clean & Fresh variant was formulated specifically for hijab-wearing young Malaysian women. Cultural sensitivities meant the brand couldn’t show the women washing their hair or flaunting hairstyles. So the campaign depicted the hijab as a fashion statement, while still respecting Muslim values. Not a strand of hair appeared while women were shown enjoying an active lifestyle. After a decline of 5% in 2012, Sunsilk grew by 9% in 2013 and brand scores amongst Malay hijab-wearing women grew by double digits.

In a similar vein, Henkel launched its Gliss Restore & Refresh line last year in the Middle East, which it claims is "the first haircare specifically for veiled hair." Colgate-Palmolive, meanwhile, has introduced a halal toothpaste.

"As the demand increases, brands need to cater not just the basic needs for halal cosmetics in general but also for different age groups and lifestyles," adds Chigurh.

This view is backed by John Goodman, regional director at Geometry Global. "[Futurist Muslims] are very at home with the modern world, but are still strong believers and loyal to their faith. Brands should take care to neither offend nor patronize them." Joy Abdullah, head of marketing and communication at INCEIF, the Global University of Islamic Finance 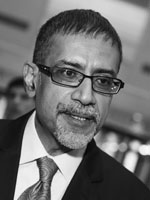 The global Muslim population is often cited as a ‘global community’.

But in fact it is not a homogeneous market segment that can be qualified by one primary differentiator — age, language or skin color — or through attitudes and behaviour.

Unlike other cultural consumer segments, the global Muslim consumer segment is made up of a myriad of socio-cultural sub-sets that have been influenced by emigration and adaptation to different social and environmental norms depending on their current place of residence. This has resulted in today’s diverse mix of Muslim consumers who each have a strong, unique value system and identity that is yet based on and governed by the values of Islam.

Brands targeting the global Muslim community need to adopt more strategic customer-centric approaches to meet the pace of change. Enhancing personal relationships is very important in attracting and retaining customer loyalty. To do that, brands have to listen and listen well to each Muslim consumer’s individual cultural statements and create experiences around that in order to resonate and engage with them.

The way to establish a strong brand in this community is through understanding the consumer’s sociocultural background and their physical environment, and commonalities of values must also be clearly communicated and perceived.

Ramadan: A month of fasting, a marketing feast

Rebranding: How Courts Malaysia is using humor to unite Malaysians

Why brands can't afford to ignore the US Muslim consumer

CoverGirl's conundrum: How to respond when your image has been defaced?