Music is a universal language that connects people - and brands are harnessing its unique power to provide exceptional experiences that hit the right note with consumers.

From a silent disco staged by Delta Air Lines at 30,000 feet to a gig performed on a net suspended between two mountains for Jägermeister and a Coors Light rave held in an ice cave, brands are using music to push the boundaries of their experiential campaigns. And in doing so, they are also redefining the music sector.

It is the newly empowered fans and artists who are the catalysts for the transformation as established industry models – from music creation through to promotion and live events – are constantly being reimagined, according to Dom Hodge, managing director, London, at experience agency Frukt. The shop was behind the Delta party (pictured below), which featured The Roots’ drummer and frontman Questlove and hip-hop producer Yameen Allworld. 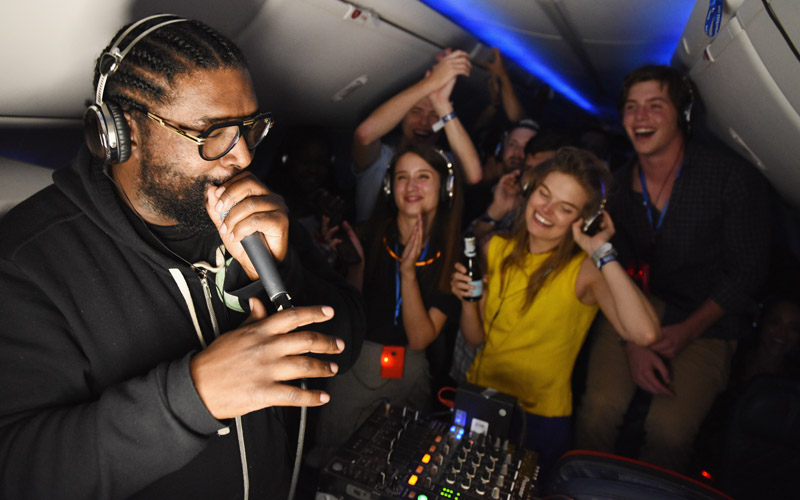 "Brands, which were once very much on the fringes, now have a vital role to play in harnessing the startup and innovation mentality of the reinvigorated music industry by working with emerging talent, empowered influencers and innovative new tech enablers," Hodge says.

Frukt’s research shows that 90% of 25- to 34-year-olds think that brands add value to music. Hodge believes this highlights a shift in perception between millennials and the historically more cautious boomer and gen X demographics, giving brands an unprecedented green light to engage directly with music fans on a level not seen before.

It is a view shared by herb liqueur Jägermeister’s UK marketing director, Nicole Goodwin. She says it is important that music remains at the heart of everything the brand does because it is relevant to the drink’s core target audience of 18- to 35-year-old males. In the UK, the brand has been supporting music acts since 2003 and the JägerMusic programme has become an integral part of the brand’s overall marketing strategy.

As well as sponsoring festivals such as Bloodstock, the brand has developed music-themed campaigns such as the JägerHaus festival activation and Curtain Call, where it teamed up with DIY magazine to give new acts exclusive recording sessions and supporting slots at famous gig venues. Its Ice Cold Gigs, a partnership developed with adventure travel company Secret Compass, stages concerts in freezing locations to communicate how Jägermeister is best served at -18 degrees celsius. For the latest gig, hosted last month, electronic rock band Modestep performed on a net suspended between two mountains in New Zealand. 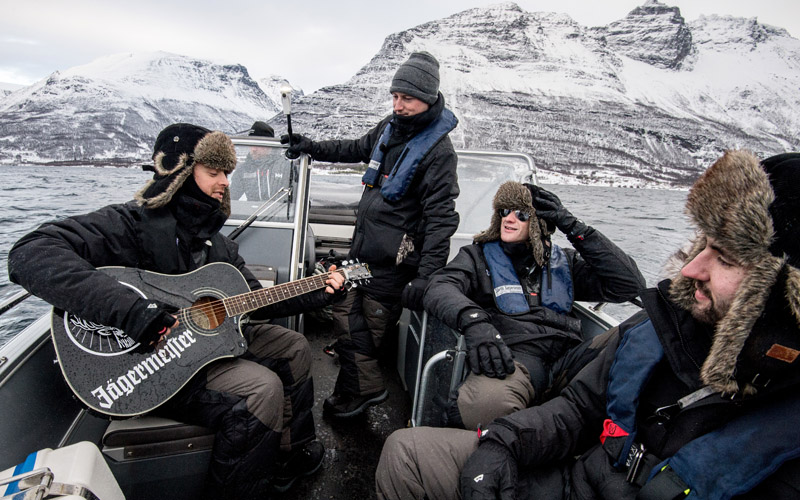 "The platform gives us a story and inspiring content that helps us connect with Jägermeister’s core target audience in an edgy and irreverent way," Goodwin affirms. "The music sector is exciting, ever changing, adventurous and creative. It welcomes new and unexpected ideas, so it is a perfect genre for our campaigns. Young adults are all about living in the now and wanting to be part of brand experiences – with Ice Cold Gigs we want to create OMG moments that consumers want to share."

Content agency MEC Wavemaker has been working on a year-long partnership between Danone yoghurt brand Light & Free and music streaming service Spotify. The tie-up launched in January and aims to strengthen connections between the Greek-style yoghurt brand and a music-loving audience. Danny Weitzkorn, director at the agency, believes activations are helping to transform the music sector as music labels have had to adapt to the economic reality.

"Labels no longer make money from records so are looking to build commercial associations with brands," he says. "They are more open to brand deals. Five to 10 years ago it would have cost well into seven figures to even access some of the music talent we’re now involved with."

The relationship with Spotify has linked up Light & Free with artists such as Ella Eyre, The Kooks and YouTube star Sarah Close for a series of intimate gigs. This, Weitzkorn says, has helped place the product in the premium space, shifted the audience perception of the brand and built its association with music.

Weitzkorn adds that music is a key passion point for audiences. "Ultimately you can push messages through to an audience but it is so much more impactful to have music artists who place themselves at the forefront of the brand and build an association with it.

"Brands recognise that artists, in a world of multiple devices and fragmented attention, are able to connect with individuals at different points throughout the day. We can use music to frame a brand’s content and place it editorially in and around social channels."

Using music to create one-off experiences has been key to Coors Light’s Ice Cave Rave, activated this year across cities including Birmingham, Dublin, Sheffield, Glasgow and Manchester. The focus of the campaign, devised with agency Sense, was to drive a real-world experience and showcase the "ice-cold refreshment" brand proposition. 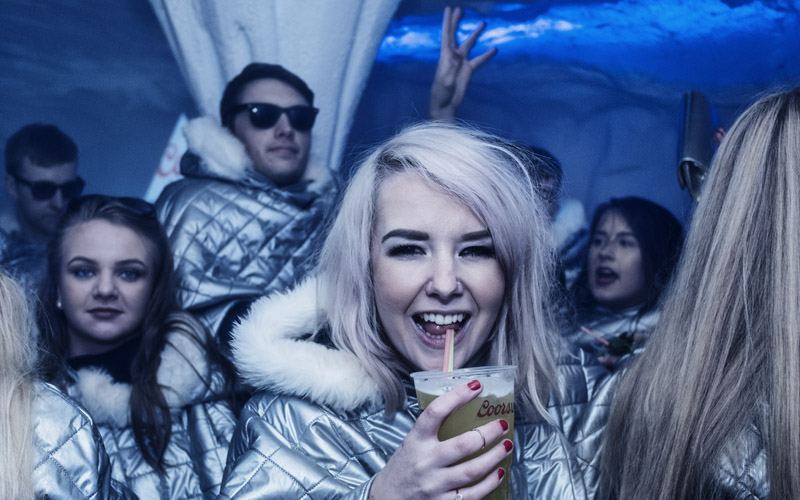 Coors linked up with dance music magazine Mixmag to give guests the chance to interact with a number of "icy" touch points within a "cave" – such as a Coors Light Bar serving pints and Coors Light cocktails, a DJ booth and dance floor – while a gif booth and Instagram printer encouraged visitors to share their experiences through social media. After their 30-minute rave, guests left the cave and continued their drinks in a seating area in an outside bar.

"For Coors Light, it is not just about delivering refreshing, great-tasting beer but ensuring we consistently engage consumers with unique experiences they’ll never forget," Debbie Mack, head of American beers at the brand, says.

Joanna Wharton, account director at Sense, says that using the right genre or striking up the appropriate artist partnerships can help brands boost engagement significantly. There is also the sheer entertainment value, which draws attention to campaigns.

"There is the also opportunity to extend reach beyond the direct attendees of the experience," she adds. "The online streaming of Mixmag’s Lab sessions from the Coors Light Ice Cave, using the Coors Light and Mixmag social channels, enabled the sessions to reach hundreds of thousands more people than simply those in the club."

Festivals and dedicated music events are proving to be another fertile ground for brands and music collaborations. While music still plays a central role, festivals today are also very much about the overall experience. Wharton says the smart brands are those that do their best to make a positive contribution to the event as a whole rather than just push their products.

"This includes music and brand partnerships," she says. "This has led to many brands, such as Jack Daniel’s, Innocent and Ben & Jerry’s, hosting their own branded raves, gigs and festivals, with such activities becoming a key part of the music industry."

Although Apple earlier this year pulled the plug on its music festival, in which high-profile artists performed in the intimate Roundhouse venue in Camden, there is no shortage of brands looking to move into this space. Earlier this year, M&Ms staged multi-city concerts across the US, Amazon launched a programme of live music events for members of its Prime scheme, while Spotify launched its own music event, Who We Be, in London.

This article is part of a special report on music events. To view the full report you need to be a Campaign member. For membership options go to www.campaignlive.co.uk/membership

Molson Coors to talk to agencies over media business

Jagermeister "journey to surf" by The Red Brick Road

Jagermeister "it runs deep" by The Red Brick Road