If content is king, Instagram is the crown prince, says Mr Social, aka Peter Kerwood, marketing director at The Concerto Group.

There is a reason why Instagram is so popular with consumers and brands alike: it's visual. Simple as that. It experiences such extraordinarily high engagement because people crave to share visually. We want to share stories and life experiences. Instagram offers the perfect solution, with social discovery built in.

Visual storytelling attracts unusually high recall and engagement, and Instagram makes it easy for brands to capitalise on this. The platform allows them to easily share key messages in a beautifully filtered, perfectly tilt-shifted visual way.

It's a force to be reckoned with

The Facebook-owned platform is growing at a rate of knots, with more than 400 million active users and 75 million daily users worldwide. Global brands have seen a huge year- on-year increase in followers, with the average number of followers now nearly five times higher than last year, at more than 1 million.

For events, the real-time nature of the network is integral to its ability to create a buzz. People looking at an event's hashtag will be able to follow it minute by minute. Time is of the essence: the more recent the image, the more likely it is to be seen. Half of the comments an image receives will be posted within six hours of the post going live.

Building an engaged following is hugely important to a brand's success on Instagram. It is, at its heart, a social network. So to get images of your event seen you will first need to build a following. The addition of '@mentions', relevant hashtags and location tags can help your follower-count and reach to skyrocket.

The most successful posts on Instagram commonly use four or five hashtags - use more and the average interactions drop. Add at least one @mention and your post becomes more popular still - posts with @mentions in captions receive 56% more engagement.

And if you're wondering which filter to use, stick with Mayfair. Not only is it one of the most-used filters among the Fortune 500 companies in the US, it's the most successful filter for these brands. A study by data insight company TrackMaven found that, on average, Fortune 500 companies' photos with the Mayfair filter received an average of 23 interactions per image. 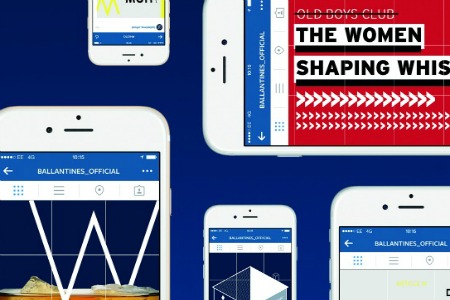 How to gain new followers quickly:

Reynolds, the US tinfoil giant, recently turned its Instagram account @reynoldskitchens into an 'Endless Table' by stitching together 93 overhead images that take advantage of Instagram's grid layout. Each of the images clicks through to a new Instagram account featuring additional images that show how to cook each dish featured.

Topshop is one retailer that has become known for its innovative social catwalks. Instead of the runways of London Fashion Week, Topshop chose to focus on a digital runway for the launch of part of its Unique summer 2015 collection.

Using the hashtag #TopshopWindow, the retailer designed a range of initiatives to democratise the catwalk, saying that it was the brand's most socially accessible fashion show to date.

The event was live-streamed on a screen installation by British design studio Hellicar & Lewis, with Topshop claiming that it was the "world's first fashion show created by Instagram imagery". The new range was also live-streamed online with 'click to buy' linked to each outfit.

Mr Social says... Explore the possibilities of creating events for an online audience