The humorous campaign centres on “flight shame”: the feeling of guilt consumers have when travelling by plane because it increases their carbon footprint, and highlights the benefits of travelling by the more environmentally friendly Lumo.

A witty, 50-second ad, directed by Tim McNaughton of The Bobbsey Twins, introduces Jen, a woman consumed with flight shame after opting to travel by plane on a trip to Edinburgh.

She goes to extreme lengths to help reduce her carbon footprint and compensate for her travel choices.

Buried in house plants, refusing to wash, exchanging her car for a donkey and joining what she thinks is a commune, which might turn out to be something more sinister, are some of the bizarre ways Jen aims to remedy her flight shame.

Lumo points out this hassle could have been avoided had she simply chosen to travel using its all-electric service, which has one-sixth the carbon footprint of flying equivalent journeys.

The campaign is running across media in London, Scotland and the North East of England.

It also includes comedic behind the scenes and “meme” clips for social media and print ads offering disguises for those who want to hide their identities after boarding a flight.

In addition, out of home focuses on the inconvenience of flying, from the lack of legroom to luggage restrictions. 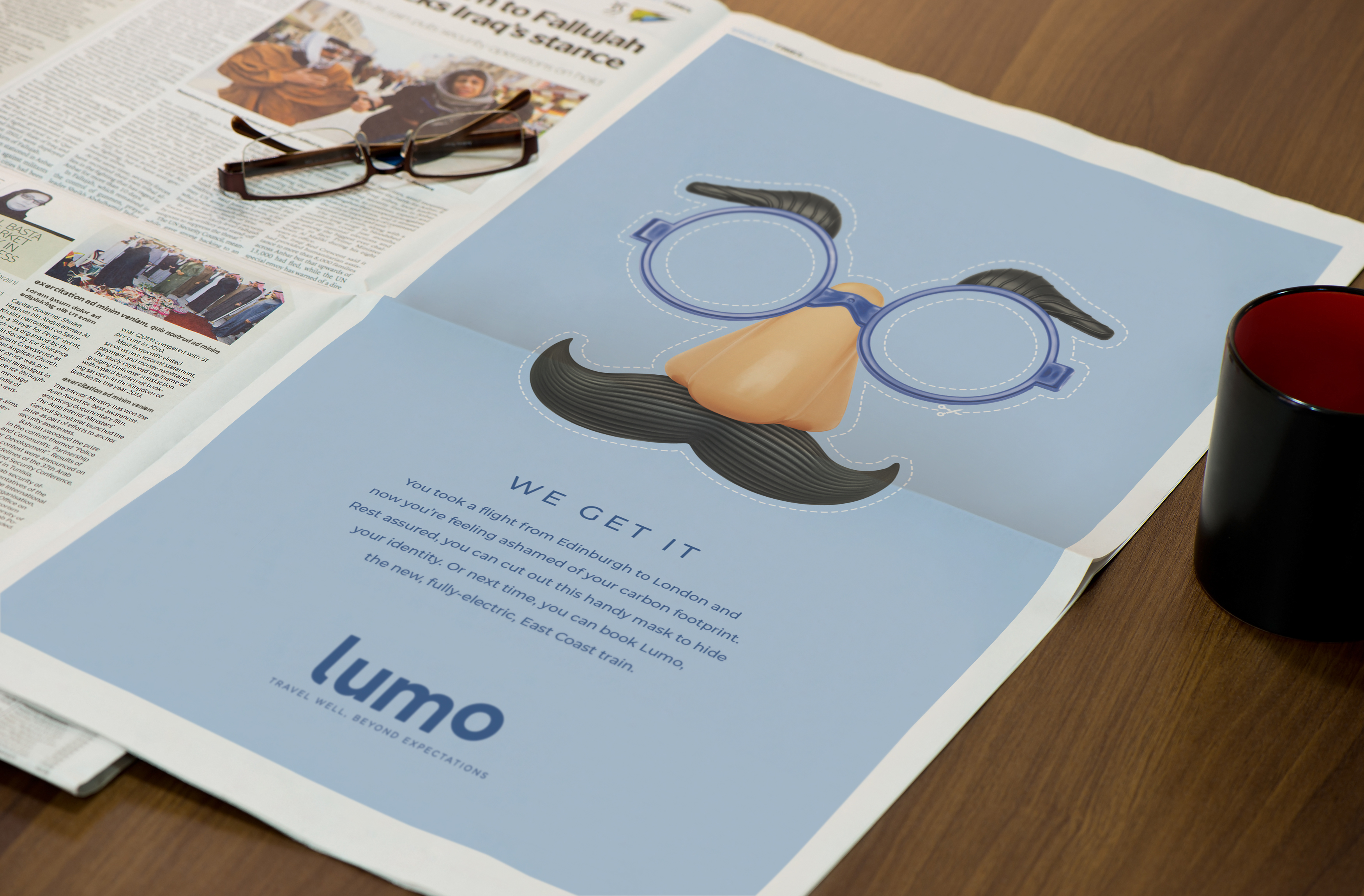 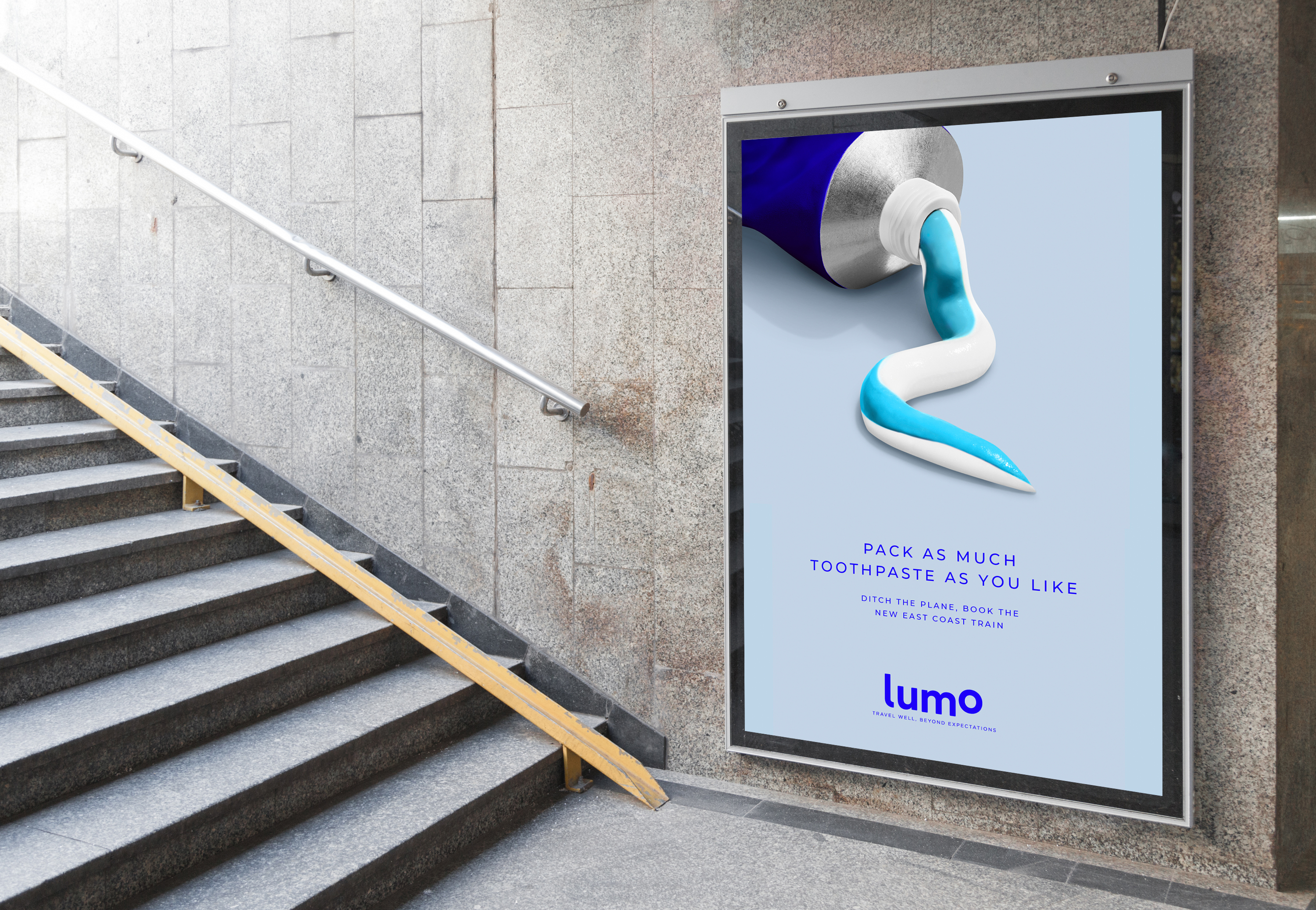 “Our trains are one of the most environmentally sustainable ways to travel between the destinations we serve and we’re proud of the investment we’ve made in making this a reality,” Natalie Jolly, marketing manager at Lumo, explained.

“But being environmentally conscious doesn’t need to always be so serious, we wanted to have some fun with our brand launch campaign, making our potential passengers excited about travelling with Lumo, we can’t wait to see them on-board.”

Nick Hallbery, creative director at Mother, added: “Lumo wants to change the way people view UK long distance travel. It’s their, and our, belief that travelling by train just makes more sense all round – and in this work we had fun bringing that fact to life.”