If I had to describe the essence of what the Fly Garage is, I would use one of my favourite Ray Bradbury quotes on creativity: "It’s jumping off the cliff and growing your wings on your way down."

Fly Garage is an innovation incubator located in the creative district of Palermo, Buenos Aires, co-led with Contagious and +Castro. It’s both a physical and mental space where we create digitally enabled ways of connecting our power brands with people to accelerate growth. But beyond this, it is more of a social experiment where we are reimagining what powerful collaboration looks like. We are experiencing the creativity that can be unleashed when you lift the client/agency barriers, generate an egoless space and welcome discomfort and rough prototypes.

In one-and-a-half years we have stress-tested our Fly Garage way in more than 10 sessions for different brand challenges, and expanded with our first global pop-up Garage in San Francisco, with Oreo. The initial wave of Fly Garage ideas we rolled out has provided us with huge lessons: "Trident Traffic karaoke" in Colombia; the "tweet-activated piñata"; the "edible scan fan" in Argentina; and the most relevant one being the Beldent Random Music Fest, with 1m streaming the four-stage festival. In the next six months we have an accelerated pipeline of five projects to market.

This is all about work in progress and making fast adjustments as we learn. We are focused on driving an entrepreneurial culture and reinventing our ability to innovate in how our brands connect and scale. We have made progress in a short time, but clearly there is a lot to do.

In the meantime, we can share three general learnings of our "flight" so far.

Follow the discomfort. It’s a good sign that you are moving in the right innovative direction. The lack of clarity is not an omen of failure, it’s a call to action where experimentation becomes a key tool. Trust the "learn-by-doing" approach.

Agitating and stirring up the chaos in the play­ground is good. We invest a lot of time and effort in curating good chaos. We invite external agitators to bring collision and open new perspectives with non-linear topics.

Mashing up leading-edge talent, diverse cultures, students, partners and company teams is a challenging social experiment, but an unbeatable generator of greater creativity. Our Garage looks like a mini-hub of the United Nations. From Iceland to Costa Rica, Flyers breathe "globalism". This forces us to work with deeper and more fundamental insights and truths. It helps us focus on what matters and helps creativity, rather than being a problem to overcome.

I’m proud of our courage to move to action with discomfort. In these 18 months we have moved from "How on earth can we do this?" to "This works, so how can we make it bigger and faster?" – and that is a great question to be working on. 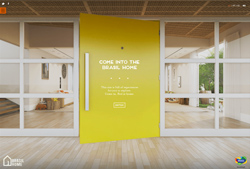 In January, Embratur (the Brazilian Institute of Tourism) launched Brasil Home, a digital platform that allows people to take a virtual tour around a typical Brazilian house. Users can click on paintings, books, furniture and other objects to access more information, including biographies of painters and writers. Designed to promote local culture to tourists, the site is available in Portuguese, Spanish and English. 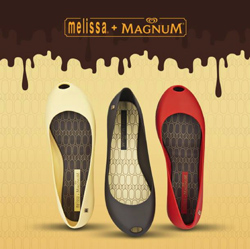 In November 2013, Brazilian shoe brand Melissa unveiled a range of ice-cream-scented shoes, designed in collaboration with Magnum. The limited-edition collection included two styles in three colours, each with a distinctive scent created by the ice-cream brand. Priced from 130 reals (US$56), the shoes were available only at the brand’s concept store in São Paulo. 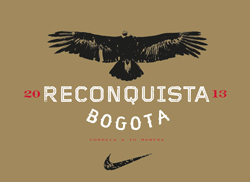 Launched in October 2013, Nike’s Reconquista Bogotá campaign encouraged the citizens of Colombia’s capital to rediscover their city streets through running. Participants were asked to share their journeys on social media and via the Nike+ mobile app, and could earn free T-shirts and badges for visiting landmarks or unusual locations. The campaign culminated in a 10km run through the city’s Simón Bolívar Park.

Last October, Coca-Cola Chile created a stunt to promote the benefits of a healthier lifestyle. The brand converted a taxi to integrate a bike-pedalling system, which passengers were invited to operate in exchange for a discount on the price of their ride. The level of discount passengers received was based on how much they pedalled during their journey.

In October 2013, Avon Mexico hosted a marathon to raise funds to buy wigs for cancer charity Casa de la Amistad, in association with sportswear brand New Balance. The campaign featured Mexican actress Adriana Lumina. Supporters could make a donation to the initiative by "buying" kilometres of her training runs, each of which was priced at 1000 pesos (about US$78). Participants could also donate 30cm of their hair for the wigs by having a haircut at Chez Moi Hair Studio. Customers who donated their locks were eligible for a 50% discount on the haircut and a free cup of coffee.

The secret to Lego's success? Push back and let the community do the heavy lifting

Where are the world's creative hotspots?