TRO, the Omnicom brand experience agency, has created a space that ties in with Mini’s above-the-line advertising "Volts & Vibes". Its main focus is the UK premiere of the Mini electric car.

Each area on the stand is created around the different car models. For example the Countryman is surrounded by a country theme with a surfboard on the wall, or the Clubman is placed in a stylish living room, with a barbershop next door in a partnership with London barber Murdock. There is also a rooftop terrace for owners of a Mini, and other BMW-owned brands.

The title sponsor is back for another year with an activation that appeals to families with its "Start something priceless" campaign. In partnership with brand experience agency Octagon, the brand ran a competition for children to create their dream car, and Mastercard has built up one of the ideas to exhibit at the festival. Children visiting Goodwood this weekend are also invited to draw their dream vehicle.

Jack Morton Worldwide has built a stand around Honda’s racing credentials. The stand is heavily influenced by racing tracks from around the world, with a main feature of the stand replicating a starting line with huge lights and helmets above the area.

The brand has several areas on the stand where visitors can learn how a Honda racing car and motorbike is made up. Visitors can also jump on a bike to see how far they can tilt, imitating the racing drivers on the track. 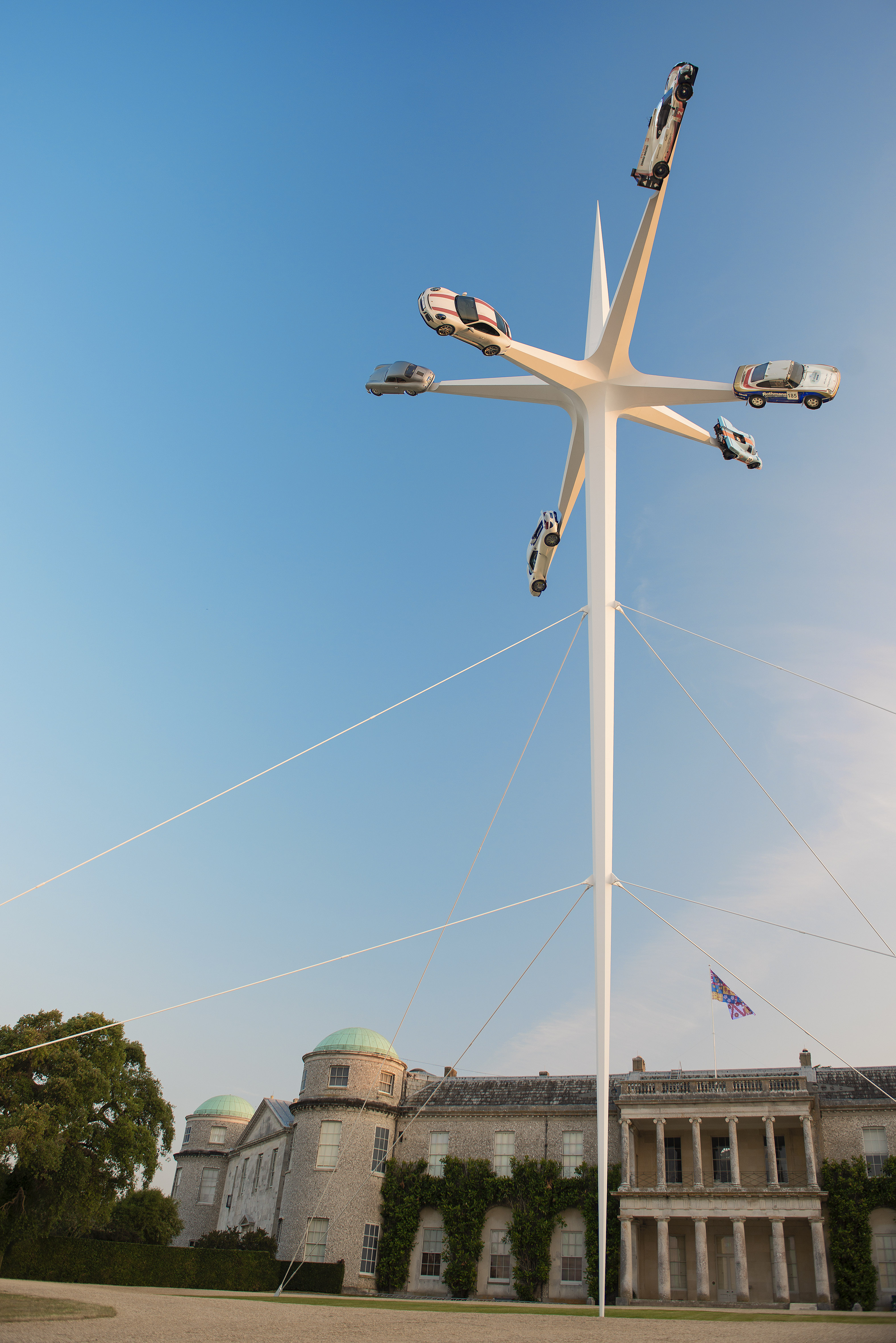 The luxury brand has created the central feature (pictured right, image credit Paul Melbert) at the event to celebrate 70 years since its first racing car. It is a 52-metre high spike with seven pointed spindles at the top and six iconic Porsche’s sitting at the end of them.

The feature is located outside Goodwood House and has been designed by Gerry Judah, who has been creating the feature for 21 years.

The German car manufacturer has built another large structure exploring its different models. Delivered by TRO, the main focus of the stand is the Z4 concept car, with a selection of paint finishes which can be illuminated on a digital screen. There is also a large rooftop terrace, giving great views over the festival.

The brand has also taken over the stable yard at the house to create a tranquil space and partnered with Cass Sculpture Foundation to install a number of sculptures. The M8 concept car takes centre place.

The tech brand has turned a classic 1965 Ford Mustang into an autonomous car, in collaboration with Cranfield University. Siemens is also showcasing its tech at the Future Lab, focusing on space exploration, autonomous transport, robotics and personal flight.