Can 'millennials' really be viewed as a homogeneous group, but one that is significantly distinct from previous generations, or are those that fall under the label actually rather more similar to their predecessors than marketers would care to admit?

Each month The Forum questions members of The Marketing Society on a hot topic. For more on membership, visit www.marketingsociety.com. 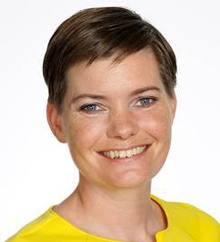 Looking back over the past 100 years, every generation has been different from the one before or after it; all have driven a major change in society norms.

Millennials have been at the centre of a perfect storm of influences (white-collar recession, digital democratisation and accessible higher education), which have driven a change in the shape of Britain as a whole, and the creation of what we at Trinity Mirror think about as Modal Britain, the modern majority.

This has driven ‘norming’ – different ages and socio-demographic groups coming together and sharing pop culture, trends and beliefs.

One thing that does set millennials apart is the fascination ‘medialand’ has with them. A head of planning recently commented that it was hard to resist an email, conference or article with the word "millennial" in it, irrespective of their value to your brand – no doubt a factor in the commissioning of this Forum. 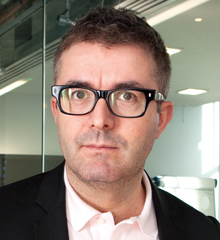 Millennials have grown up in a different, rapidly evolving context. From a marketing perspective, ‘digital’ is a natural part of their lives, which revolve around devices – particularly mobiles. They’re better armed to deal with marketing’s ‘white noise’, hence the growth of ad-blocking apps. They’re harder to reach and impress.

They have every reason to be questioning. With austerity and rising inequality, they don’t have much money. As a result, many are concerned less with blunt materialism and more with the experiences they can accrue.

So, social media is a constant presence and pressure. They have to participate and use it to manipulate and present an amazing lifestyle. FOMO is pronounced with this generation; the reason ‘of the moment’ apps like Snapchat are so popular. They want to stand out, but still be part of the crowd, really. As Banksy said: "I want to be non-conformist, just like everyone else." 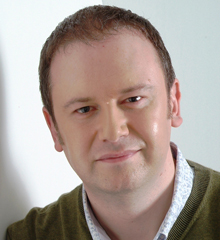 So it’s time to make sweeping generalisations about a new generation of young adults. Never mind that most of the reporting on millennials ignores their diversity of race, social background, education levels and income.

Let’s not let the truth get in the way of a good story – although it does seem there is some truth nestling among the clichés. While millennials’ underlying hopes and fears are similar to those of their forebears, this is the first British generation that has no recollection of a pre-internet age. They have higher-than-average education levels, instant access to information and manage the duality of their real lives and the ones they portray to a huge potential audience on social media.

Studies by Monster suggest that tension between real life and a public, projected, recorded life is resulting in some significant changes in attitudes and behaviours. 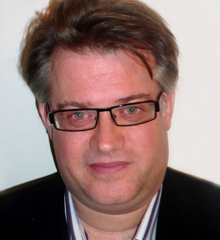 The idea of ‘millennials’ was always halfway between lazy journalism and outright scam. It was a fantasy of brand-obsessed, always-connected Stepford Youth, built to prey on the neuroses of ageing marketers terrified of missing out. It did this job very well.

Now, with engagement rates tumbling, ad-blocking soaring, and this golden generation trotting through the same life stages the rest of us did, the concept looks threadbare. ‘Millennials’ reduced young people to a set of tech choices and stock photos, and reduced cultural change to a before-and-after meme.

And it turns out the social issues of the 2010s, from inequality through health outcomes to online abuse, are ones that cut sharply along the boring old demographic lines that ‘generational cohorts’ sweep nervously under the rug: class, race, gender. So the answer is no. Never mind, on to Gen Z.

Ad-blocking and the industry's delusion

Is data detrimental to creativity?

Meet the little-known CMO atop a global confectionery giant

Is it the place of brands to test the boundaries of taste?

Is 2016 the year the word 'digital' is finally consigned to history?

Is the culture of the tech sector holding women back?