Metro, Britain’s most read weekday newspaper (and the world’s most popular free newspaper), celebrates its 21st birthday this month. Designed to brighten up the morning commute for an urbanite audience – and now with a daily circulation of 1.43 million – here are 21 reasons for Metro to fly the birthday bunting.

1. Presses started rolling on 15 March, 1999 – with a print run of 85,000 for London only and the words: Welcome to Metro, London’s bright new daily newspaper. It promised readers ‘No spin, no bias, simple – all the news just as you want to read it.’ It was the brainchild of Jonathan Harmsworth, now Viscount Rothermere, who spotted a gap in the market here when he saw the new free-sheet, Metro, being enjoyed on public transport in Sweden.

2. CEO of dmg media, Kevin Beatty, was managing director of Evening Standard at the time and part of the team to launch London’s new free paper designed to suit commuters. It was stapled, to make it easier to handle on the Tube, with no-rub-off ink to keep hands clean. Launch editor Ian MacGregor said: "All they [commuters] wanted to do was get a seat on a train, and we had to persuade them it was worth crossing the platform or concourse to pick up a paper that was free." 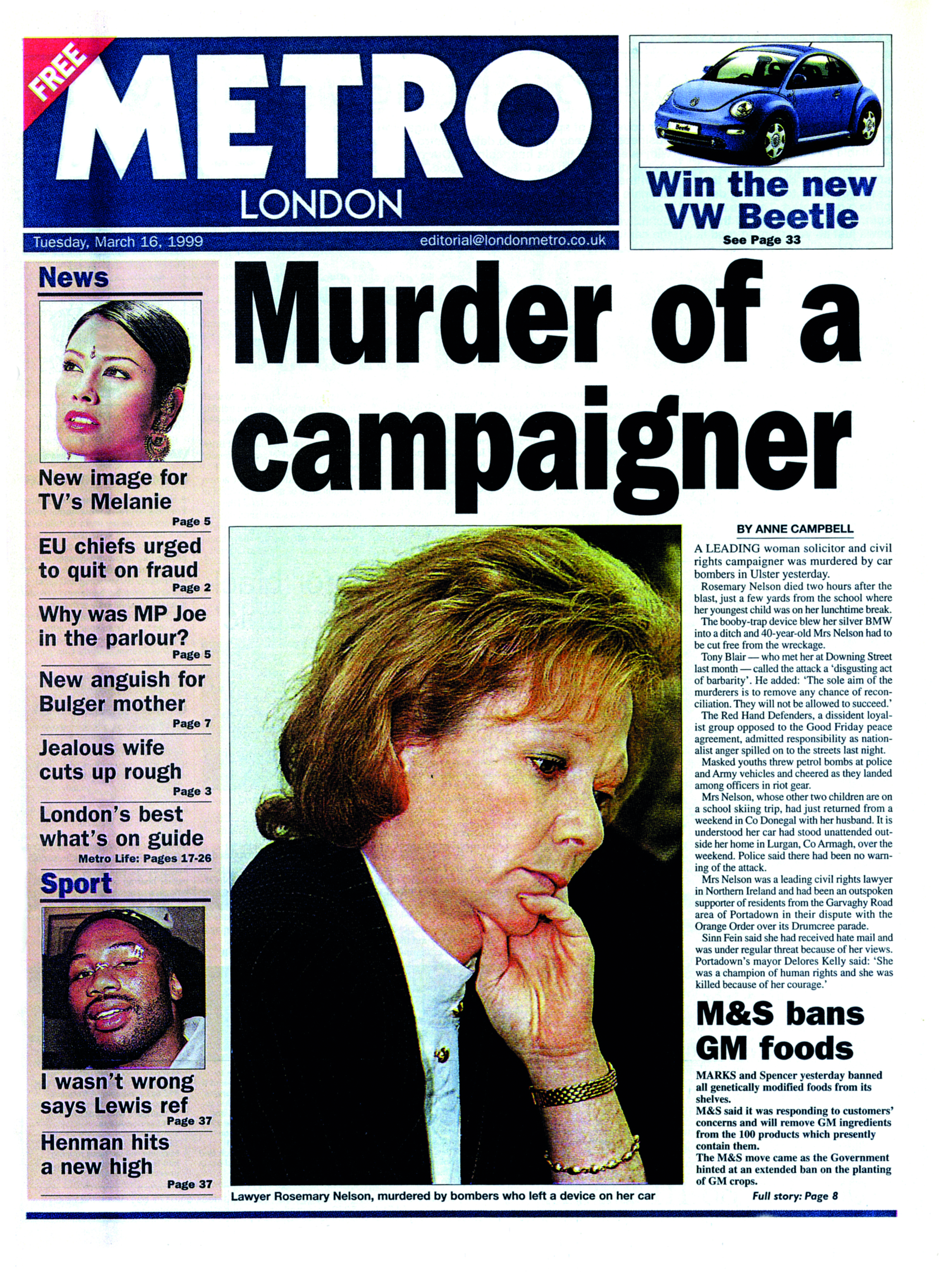 3. Metro’s first ever splash was the murder of leading female solicitor and civil rights activist in Ulster in a car bomb yards from the school where her youngest child was taking a lunch break. Eight months later, Metro expanded to Manchester, and by 2001 it was published in Edinburgh, Glasgow, Newcastle, Leeds, and Birmingham. Today, 10 Metro editions are printed across 12 sites and distributed in over 50 cities from Glasgow to Portsmouth.

4. The terms ‘Metro Moment’ and 'Urbanites' were coined in the ’00s and referred to the fact Metro was read daily for 20 minutes by 15-44-year-old ABC1 city-dwelling commuters who hadn’t previously read papers. Metro expanded onto London buses in October 2016 – adding 10% to national circulation. London now makes up 860,000 (60%) of Metro’s national distribution. The paper also has 2.5 million daily readers,1.4 million ABC1s and returns (papers not picked up) at a record low of 1.25%.

5. The iconic ‘60 Second’ celebrity interview first appeared in January 2000 and has attracted names such as Helen Mirren, Sir Ian McKellen, Gwyneth Paltrow, and even Donald Trump. To date, the most popular among readers have been Bradley Walsh and Nadia Sawalha. 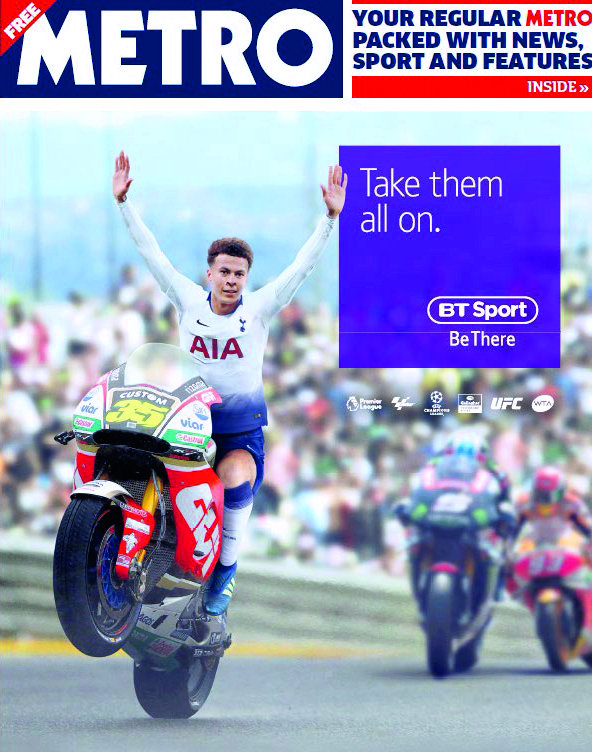 6. Metro’s commercial team tore up the rulebook to produce new, creative concepts. In October 2002, they produced the first ever cover wrap of Metro for BT, and they even published a night edition with a print run of 100,000 in November 2004 to promote the night time Nike Run London. They also published on weekends during the Olympics 2012, carrying an original Adidas cover wrap on every day of the Games. Metro has won best print sales team on multiple occasions (MediaWeek Awards 2003, Campaign Media Awards 2012 & 2015). 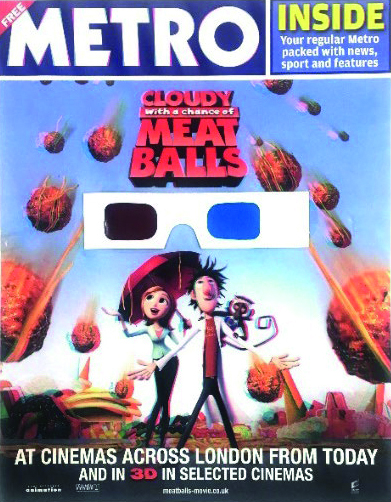 7. In September 2009, Metro joined forces with Sony Pictures to create the first ever 3D cover wrap with a pair of 3D glasses on the front page to promote the release of its first 3D animated fi lm, Cloudy With A Chance of Meatballs. Furthermore, stand-out commercial and editorial partnerships with charities have included newspaper takeovers for Rainbow Laces (Paddy Power,2014) and Wear it Pink (Breast Cancer Now, 2015).

8. Metro’s ‘Rush-Hour Crush’ has celebrated three weddings – including a proposal, which was carried in the column itself. After meeting through the column in November 2012, IT manager Gavin Smith, 32, used ‘Rush-Hour Crush’ to publish a proposal to girlfriend Rachel Church, handing her a copy of the paper on the platform at Shepherd’s Bush station. She said yes.

9. When current editor Ted Young joined Metro in April 2014, he called a staff meeting and was asked to describe Metro in three words. He replied: "A free newspaper." When asked what those words would be in a year’s time, he replied: "I’d buy that."

10. In 2013, Metro’s TV critic Keith Watson flew to Toronto to join the cast of Suits on set and was invited to dinner with Meghan Markle, the future Duchess of Sussex, who enthused about her love of Canada. Keith also shared coffee with Antonio Banderas in Malaga and jokes with Charles Dance in Botswana. Celebrities love Metro and the popular ‘Scene’ film section has carried interviews with stars including Brad Pitt, Angelina Jolie and Scarlett Johansson.

11. The beating heart of Metro is it's lively ‘Guilty Pleasures’ showbiz section edited by Andrei Harmsworth since 2005. Andrei has enjoyed exclusives with David Beckham, column takeovers by One Direction, Lady Gaga and Justin Bieber, and conducted one of the last interviews with Amy Winehouse. In 2013, Metro was crowned Stonewall’s Publication of the Year and won Attitude’s Media Outlet of the Year in 2016. 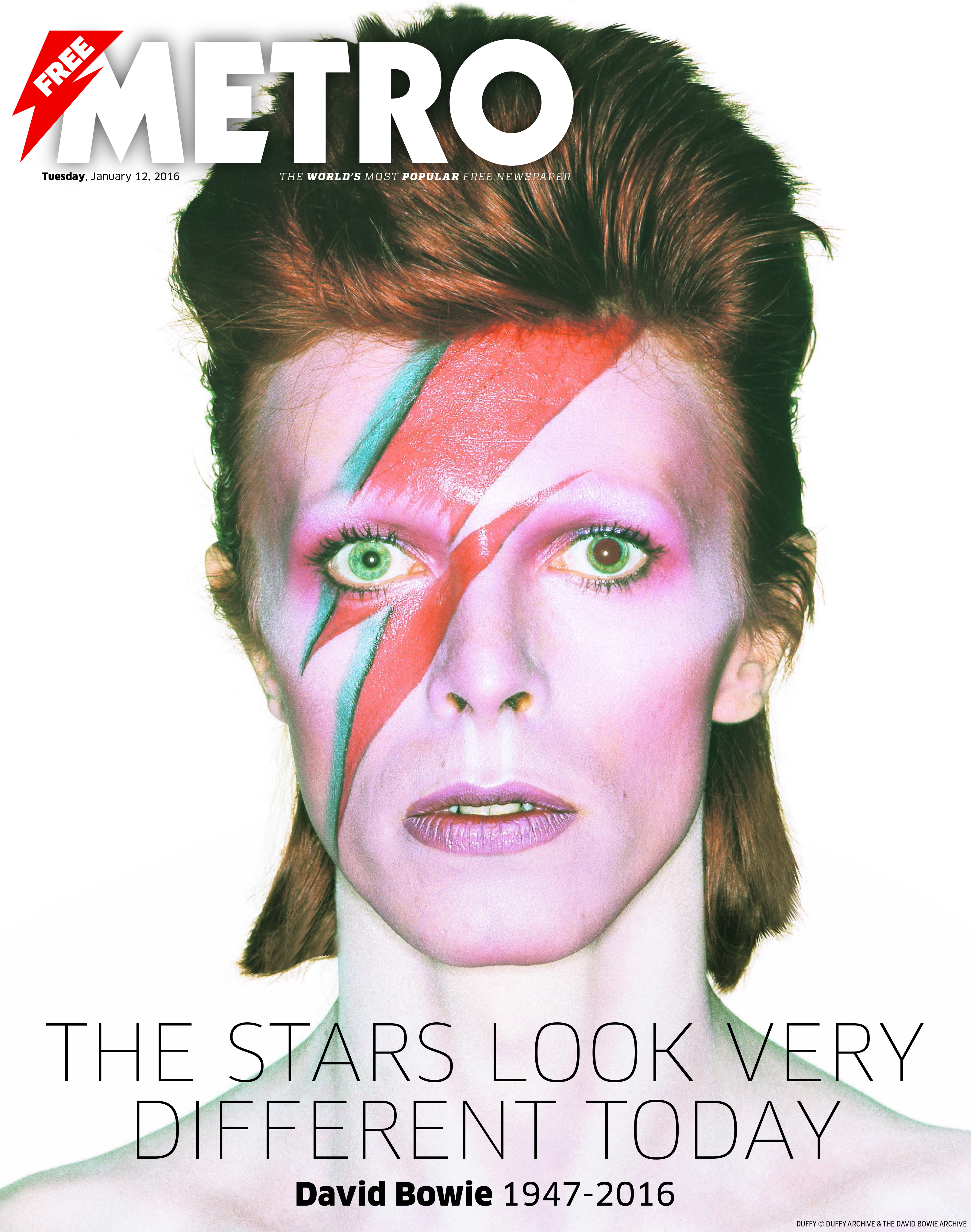 12. The most popular editions of Metro ever produced were those marking the deaths of music icons Prince and David Bowie. In each case, 1.5 million editions were printed and the distribution bins lay empty – showing that every single copy had been taken. The David Bowie tribute front page on 11 January, 2016 later sold on eBay for £9.99 per copy.

13. The ultimate ‘Good Deed Feed’ came in July 2016 when Metro reunited a woman abandoned in a phone box as a baby with the passer-by who saved her life. Kiran Sheikh asked to find Joe Campbell 22 years after he had found her as a newborn. A work colleague spotted his name in Metro, and the pair reunited in the newspaper’s office. 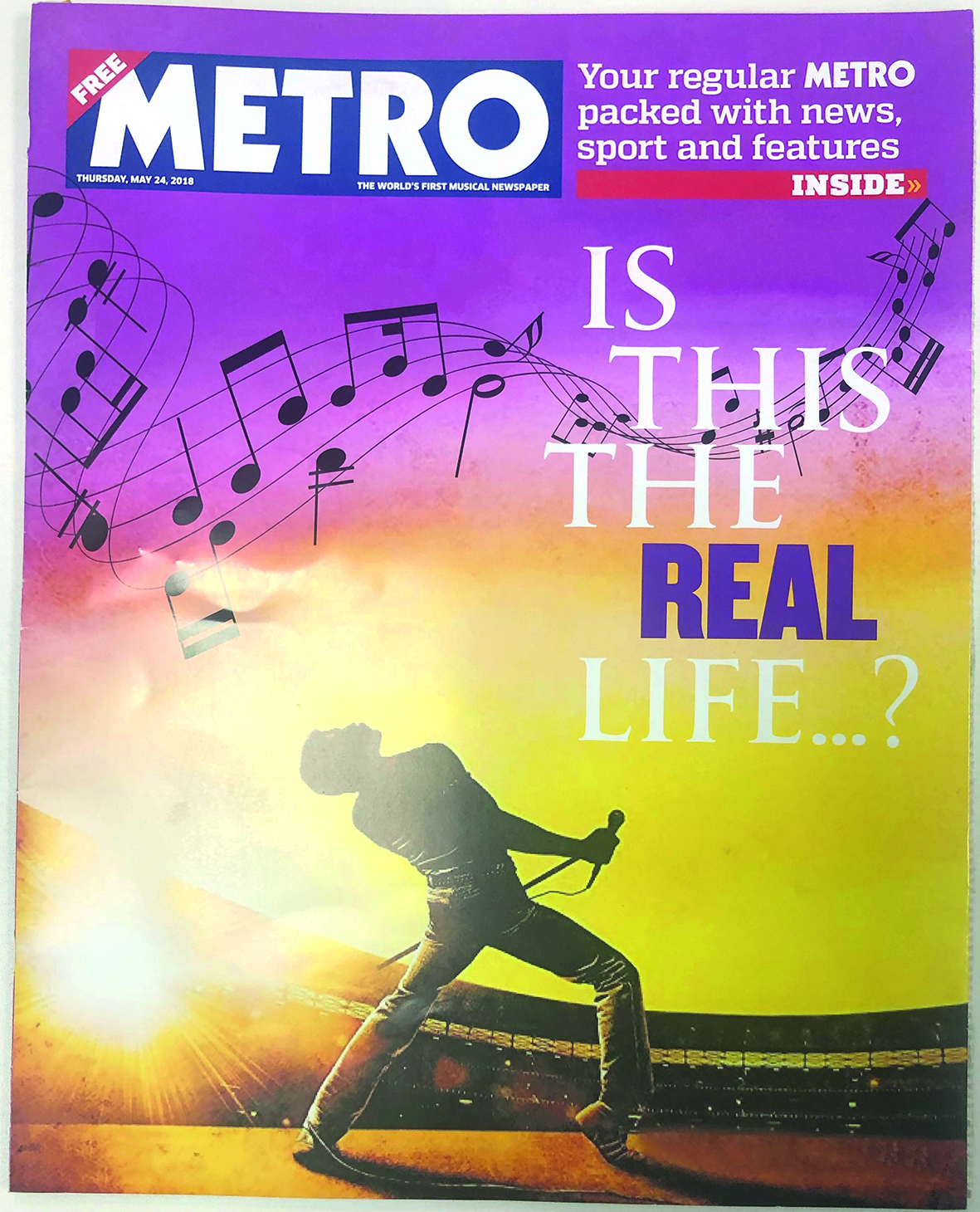 14. Metro has produced a translucent cover for Fox TV’s Deep State, glossy cover for Wicked, scented ink for Trop 50, luminous ink for We Own the Night, metallic foil for the golden age of cinema and heat-activated thermo ink for Aladdin.

15. Metro partnered with 20th Century Fox to produce the first ever musical cover on 24 October, 2018 to mark the release of Bohemian Rhapsody. Readers were treated to a burst of the classic Queen song when they opened the paper. The paper was distributed by vendors dressed as Freddie Mercury lookalikes to 5,000 commuters at London’s Liverpool Street and Waterloo stations. 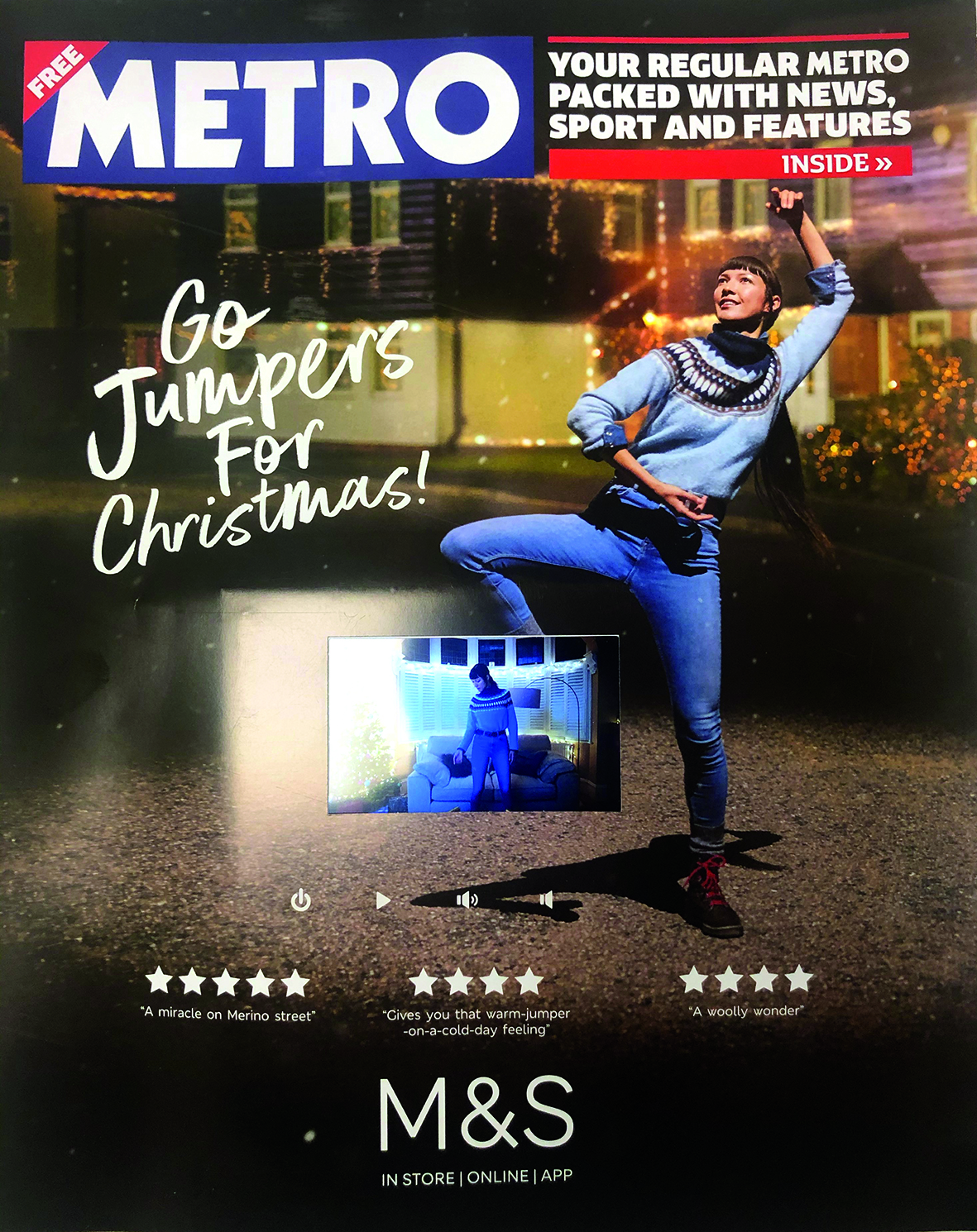 16. The first ever video cover – for Marks and Spencer in November 2019 – allowed readers to press power, play, and adjust volume and was launched with a flash mob in the middle of London Bridge station.

17. The average age of Metro’s readership is 38, which is 21 years younger than the average Monday to Friday newspaper reader and more than half of Metro’s readers are aged 18 to 44. The average time spent on Metro’s mobile app has grown to 36 minutes per visitor per day, and in March 2017 Metro was confirmed as the UK’s most read newspaper. It is apolitical, and when Metro ran a front page cover wrap ad on behalf of the ‘Leave’ campaign in the run-up to the 2016 referendum, editor Ted Young insisted on the same cover wrap the next day on behalf of ‘Remain’.

18. Metro Sport provides the perfect mix of coverage, with concise round-ups of sporting news as well as lengthier analysis and strong opinions. It has showcased a diverse team of writers and contributors covering the memorable sporting moments of the past 21 years such as Andrew Castle on Andy Murray winning Wimbledon and Alastair Cook on England’s rise to world No.1, a host of Olympic columnists and Lionesses star Lucy Bronze on the rise of England’s women footballers. Every Friday, its loyal fan base find football supplement Matchzone a must-read ahead of the weekend's games.

19. Everyone dreams of an escape – and Metro’s aptly-named travel section has won National Tabloid Newspaper Section of the Year at the Travel Media Awards for four years running, a triumph for the section.

20. Reader engagement is remarkable, which is what keeps advertisers coming back for more. Ninety per cent of readers say reading Metro is time well spent. With the youngest average age of any national newspaper, the paper reaches a combined 1.1 million of the notoriously difficult to reach Gen Z and millennial audience every weekday.

21. Metro has continued to evolve while remaining true to its core values, consistently delivering the right product to the right people, in the right place at the right time – the reason why it continues to appeal to readers and advertisers alike 21 years later. 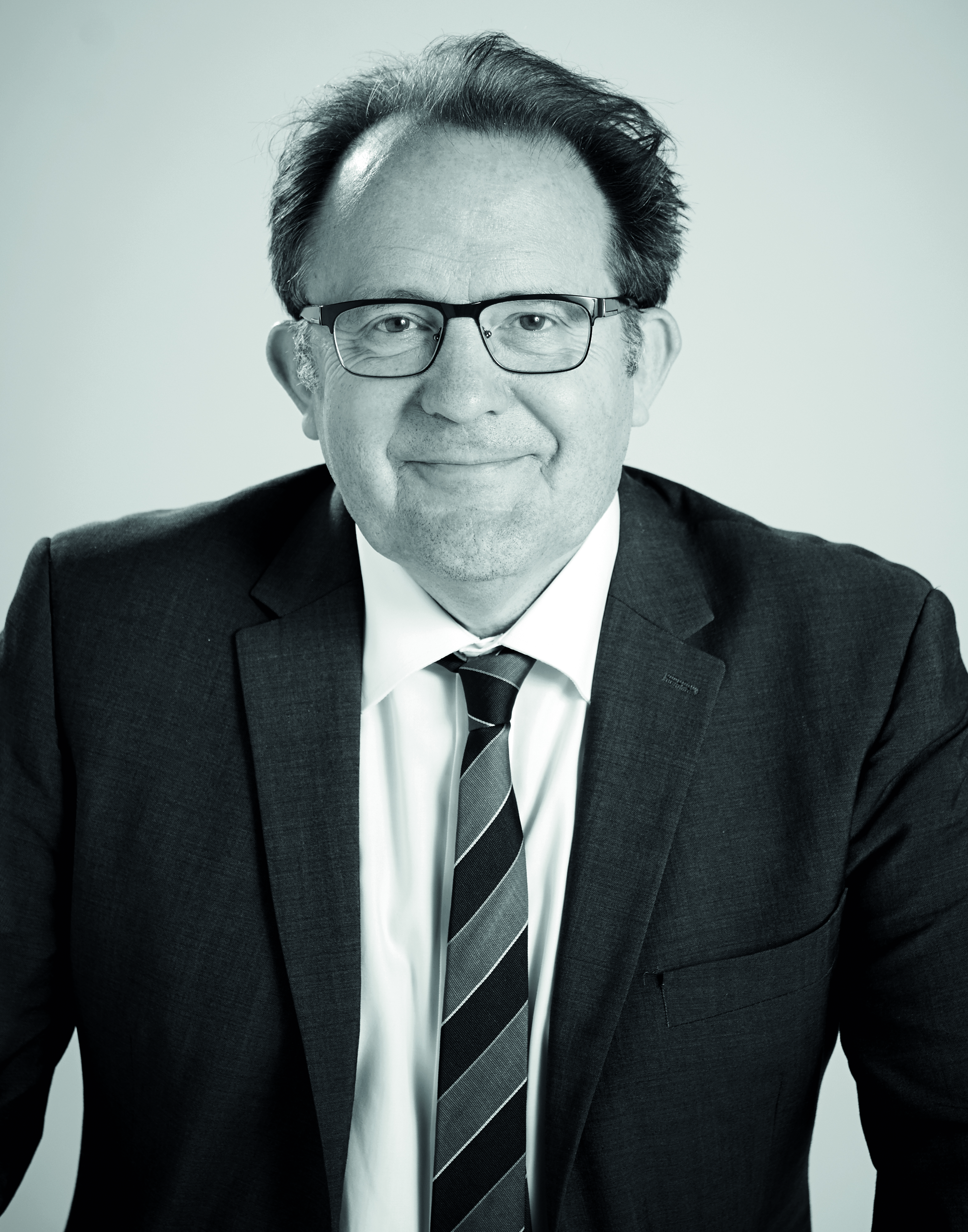 "Metro newspaper provides a vital anchor of information for millions of young commuters across the country every morning on their way to work and, because we are trusted, we continue to go from strength to strength. As Mathias Döpfner, CEO of Axel Springer wrote in support of the original Riepl’s law hypothesis: ‘Books have not replaced storytelling. Newspapers have not replaced books; radio has not replaced newspapers; and television has not replaced radio. It follows that the Internet will not replace television or newspapers.’ A paper is so easy to read and Metro is engaging and entertaining its readers just as well today as it did when it launched 21 years ago."
Ted Young, editor, Metro 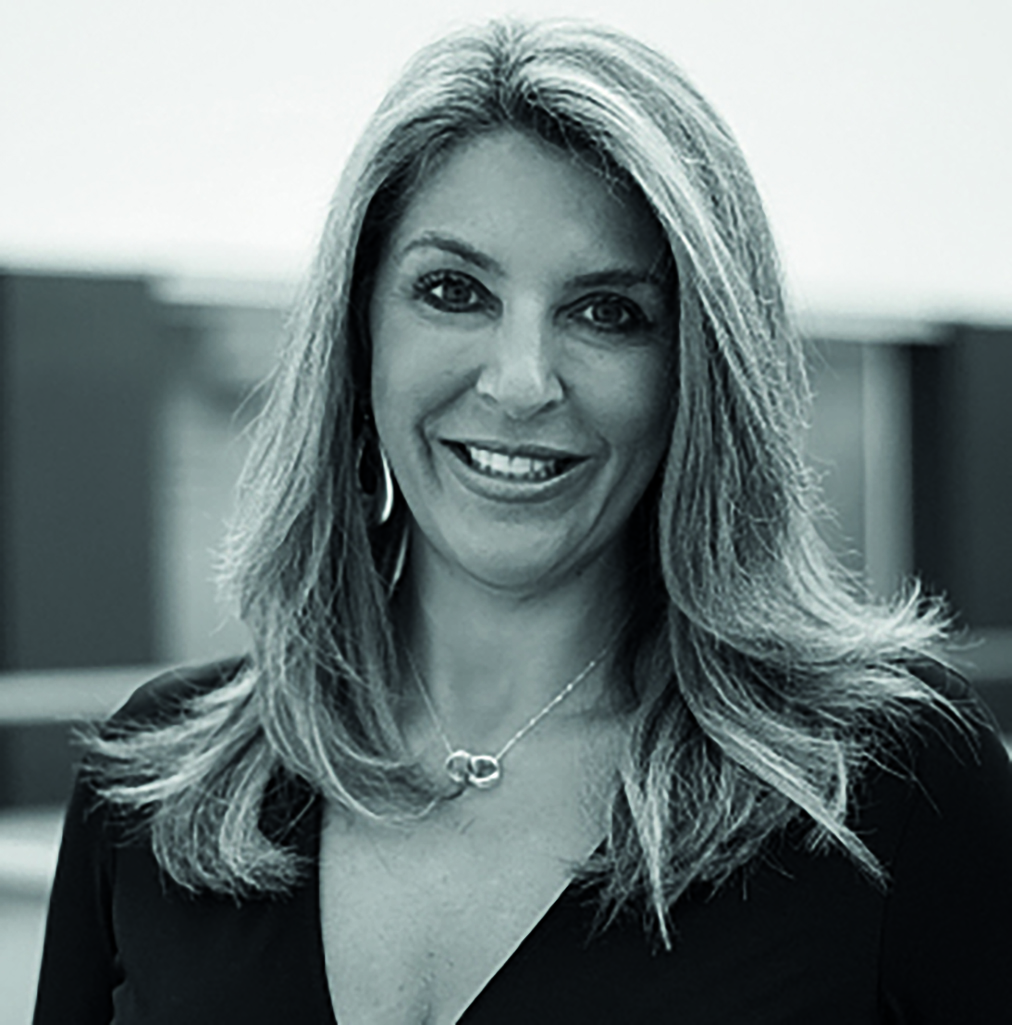 "I remember clearly when Metro launched – I had just become head of press at MediaCom and it was so very exciting. Metro brought innovation and even more significantly, a younger and hugely valuable audience for advertisers to engage in print, with plenty of research and marketing to prove it. In its 21 years, Metro has consistently pushed creative boundaries and spurred competitors on to do the same. Unlike so many, Metro’s answer to most unusual things you wanted to do was yes and then they would find a way to do it. Clients and agencies love their can-do attitude. In this fast-paced industry, it’s a huge achievement for Metro to still be at the top of its game and for the team there to still deliver an exceptional service to agencies and clients. And it still feels as fresh as the day it was born. Well done to you all! Happy 21st."
Claudine Collins, chief client officer, MediaCom 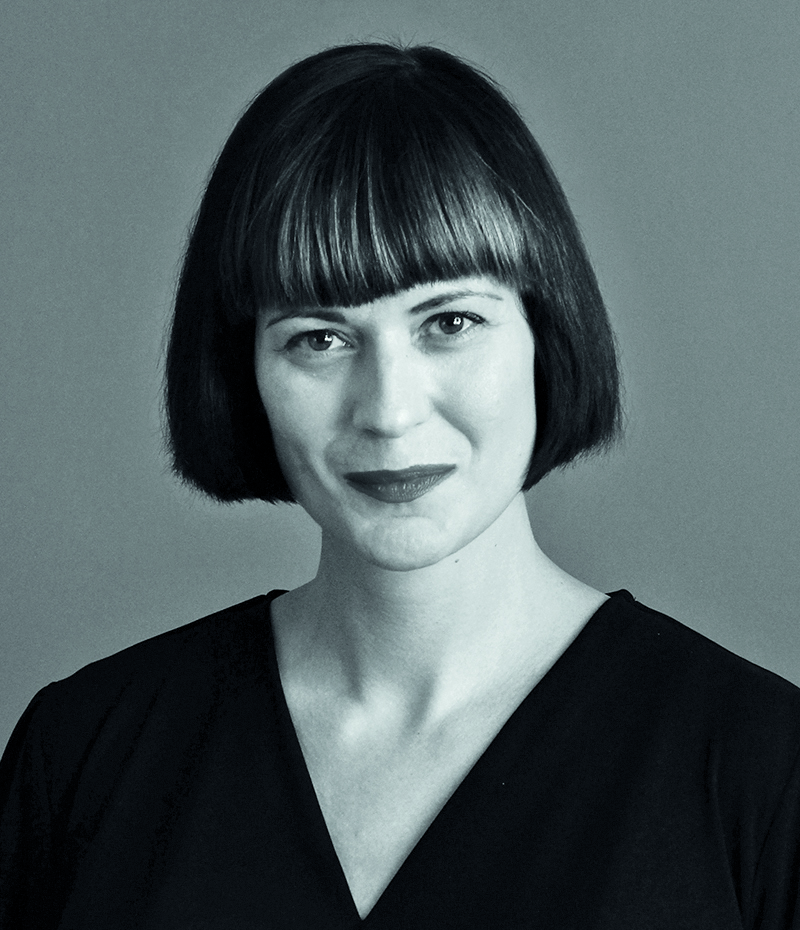 "Metro has been a real trailblazer since launch. It brought ‘free’ back to the streets of London in a credible way; it brought young audiences into a news environment, and it provided national scale at a time when it was hard to fi nd. The team at Metro have always embraced creativity in their solutions, and we are really proud of the work that we have done together."
Veriça Djurdjevic, CEO, PHD UK