The entire team at Event would like to wish all readers a very merry Christmas and a happy new year. Keep checking the website for exclusive content that we'll be publishing right the way through the festive season.

To fill those disorientating days between Christmas and the new year, these brand experiences might just lure you away from the sofa.

Held on 25 December, Grub Club’s event will give people new to London the chance to share food and traditions from home with like-minded guests. The venue, a lofty apartment in a converted chocolate factory, has been sourced by holiday rental marketplace Airbnb, and all proceeds from tickets will be donated to homeless charity Crisis. 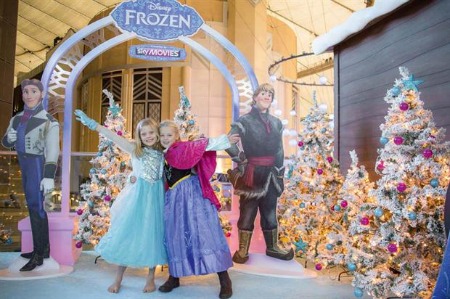 For parents that haven’t heard enough renditions of Let It Go already, the Sky Movies Frozen experience at The O2 in London is open until 4 January. Disney will be allowing members of the public to step into its Frozen sing-along cabin and record their karaoke moment, transform themselves into the film’s stars and pose with life-size versions of its characters.

Created and executed by agency RPM, the experience also features sing-a-longs around a grand piano and Christmas-themed green screen booths for photo opportunities.

The Sound of Porsche

Porsche’s interactive experience in Westfield London is open to visit until 28 December and will offer a welcome respite to those tired of the Boxing Day sales. The Sound of Porsche features three different activations - The Sound Lab Virtual Drive Experience, The Design Corner and a lounge area – and focuses of the audio aspect of the driving experience thanks to a partnership with Bose.

Revellers at Edinburgh’s Hogmanay will be able to receive a free ride home thanks to Johnnie Walker. The whisky brand has partnered with Lothian Buses to get partygoers safely home, as part of its responsible drinking campaign, Join The Pact.

The initiative has also seen Johnnie Walker team up with Uber to offer free rides to drinkers in London, Manchester and Leeds. Users of the app will need to pledge online that they will never drink and drive in order to access a promotional code to unlock a free Uber lift. 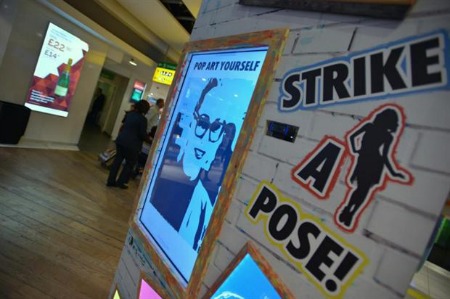 For those returning home from Christmas abroad, or heading oversees for New Year’s Eve, Absolut Vodka’s digital activation is available to check out in London Heathrow and Copenhagen Airport until 31 December.

Inspired by the artwork of Andy Warhol featured on Absolut’s latest limited-edition bottle, the activation features a digital screen with facial recognition technology. The software then detects the user’s face and transforms it into a Warhol-style reflection that can be shared on social media.

And for those of you who’d rather stay home surrounded with embarrassing amounts of Celebrations wrappers, here’s some of our top round-ups from 2014: