AEG Europe's entertainment venue has a new vice-president and general manager at the helm, aiming to create world-leading experiences at the site

The sound checks have been done and the final stage is set – it’s the eve of the Brit Awards, the show that brings a 12,000-strong crowd from the music industry to The O2 each year with cheers, tears and a complete transformation of the site. And behind the scenes, a team in excess of 500 form the Brits squad on site, with a new general manager getting ready for arguably the biggest night in terms of profile that the venue hosts.

For Steve Sayer, the former commercial director who stepped in to the big gig last month, this marks the start of a year of new ambitions and goals: "Football and music have always been my biggest passions; throughout different stages in my life I’ve ebbed and flowed between what is more important to me."

Indeed it was music that led Sayer to Manchester for his studies, where he started out promoting club nights. A job at his beloved football club Manchester City then ensued, where he played out a 17-year stint beginning with an entry-level job in the merchandise department, getting promoted through several roles including hospitality and sponsorship until eventually running the venue.

Manchester City’s enthralling title race of 2012 and clinching that Premier League top spot is of course one of Sayer’s most memorable moments, as he recalls: "To stand in the players' tunnel that day was just a priceless moment – every football fan wants to have that moment, and to have been part of the team that played some small part of that season and its success was incredible."

The enticing move to London came with The O2 role, starting out as commercial services director in March 2014, responsible for ticketing, corporate hire, retail and the visitor experience ‘Up at The O2’. The self-confessed muso names key highlights as being his first Brits, hitting a key revenue growth milestone in 2018 and, of course, landing the GM title as the icing on the cake. Sayer is quick to credit "a talented team, one that has worked so hard to record the past few years of growth". Indeed, as a keen ambassador for the existing team, he has no plans to make immediate external appointments to bolster the division.

A quiet and modest grafter, Sayer has some lofty ambitions, eyeing the Best FIFA Football Awards as one that he would love to bring to the venue as "it has an amazing Brits-style potential if FIFA wanted to grow it". The GQ Man of the Year awards is also on Sayer’s wishlist to host at The O2, "scaled up and turned into a ticketed event with a private awards function and public experience".

Target sectors for 2019 include e-sports following the venue’s hosting of the eFIFA World Cup last August (pictured below), where the Football Association recorded its biggest ever online audience with in excess of 29 million online views across three days. Gaming is also a sector Sayer is keen to target, citing the recent DJ Marshmello in-game concert for Fortnite players as an example of the growing crossover with music culture. 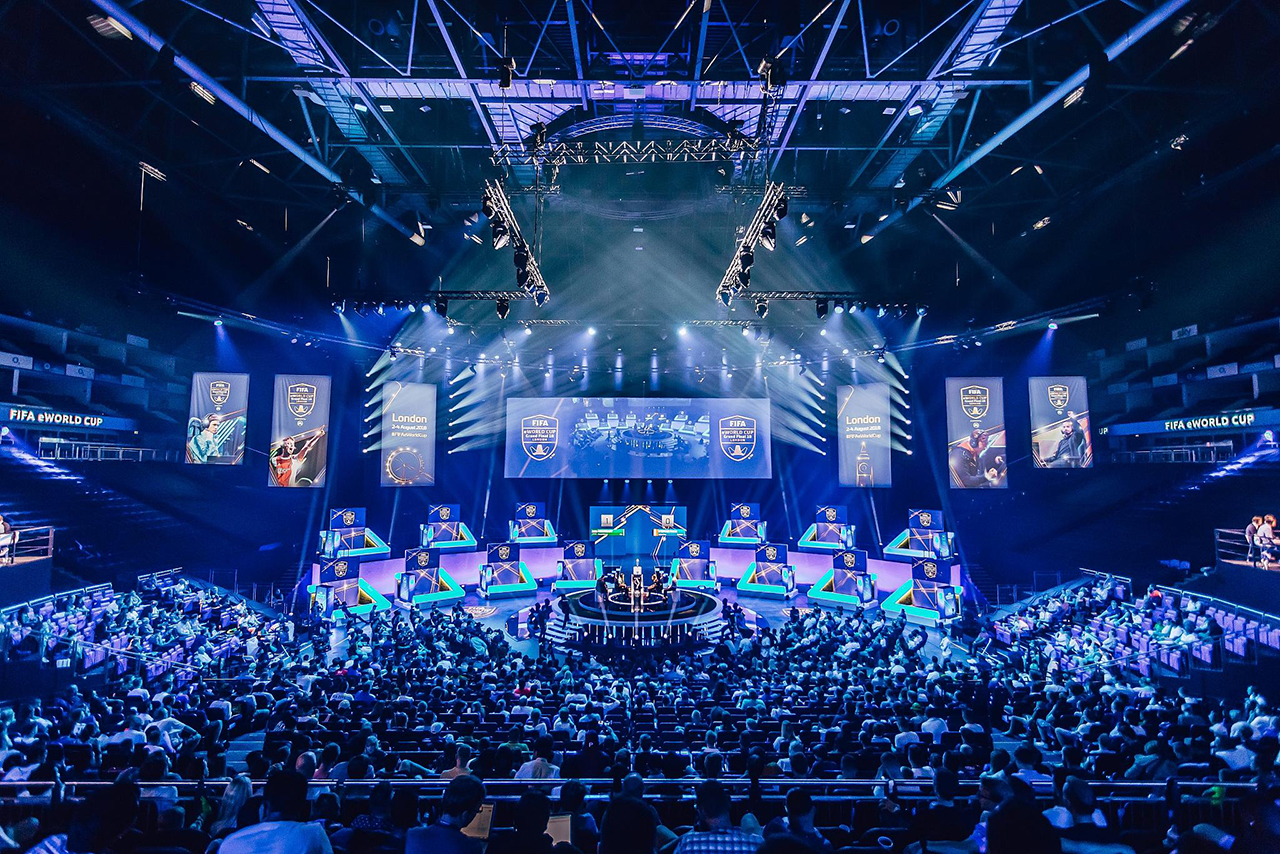 Work is under way on the venue’s concourse to create more destination bars to extend the pre-event fan experience and Sayer is keen to create more spaces for brand partners to activate and interact with fans. He says: "We are working with O2 on 5G to make this venue a centre of digital excellence and we have created the Blue Room lounge for their customers to enhance their backstage experience." And for American Express, which wanted a new experience for its highest band of card members, the venue created a special viewing platform taking them tantalisingly close to performers, providing a unique ‘stage right’ view.

Sayer’s inspiration for the next level of experiences comes from extensive recces Stateside, checking out the entertainment offerings in US stadia and fanzones, plus the world of premium experiences. "In the past five years, the consumer shift, driven by GenZ, towards spending money on experiences rather than possessions has become apparent, so there is a real need to create these cool experiences that offer something different and deliver social currency," he says.

And The O2 plans to do just that through a slew of large investments, to help the venue gain the coveted title of the world’s leading entertainment complex, coupled with the unstoppable march of the programming team who will bring in everything from niche events like the Electric Soul Festival in September, through to offering a stage for Michelle Obama and a number of currently off-record world-firsts.

Back to the Brits tonight – it will be an early start for Sayer, as he prepares for what he describes as "the Champions League Final of the music industry". And once the big show is over, will there be some semblance of a work-life balance, perhaps some quiet Netflix nights in? Sayer smiles as he describes a typical week in the new role, inevitably packed with nights out on recces and hosting clients, plus checking out other gigs and experiences. Then he quietly concedes: "The phone is always left on – you are that person."