Anatoly Roytman wants to create the first 'experience agency of record' and believes Accenture now has the capabilities to offer it.

The Accenture Interactive boss who bought Fjord and Karmarama believes consultants and ad agency groups are facing a seismic change as their two worlds collide. "The next 12 months will be very, very important – critical, actually," Anatoly Roytman says, hinting at the prospect of takeovers and restructuring across the consulting and marketing landscape.

And he is convinced that Accenture, a 411,000-strong consulting giant, and Accenture Interactive, its marketing division, are well placed to win.

Roytman, the London-based managing director of Accenture Interactive for Europe, Africa, the Middle East and Latin America, speaks with the confidence of knowing the company has momentum.

Roytman, who was born in the Ural mountains, grew up in Belarus in the former Soviet Union and studied computer science before moving to the US to work for Oracle, Digitas and Sapient, is enjoying shaking up the ad industry. "I think it’s shaking by itself right now," he says, referring to FMCG brands cutting spend and questions about the efficacy of advertising itself. "But, yes, we’re helping."

The experience agency of record 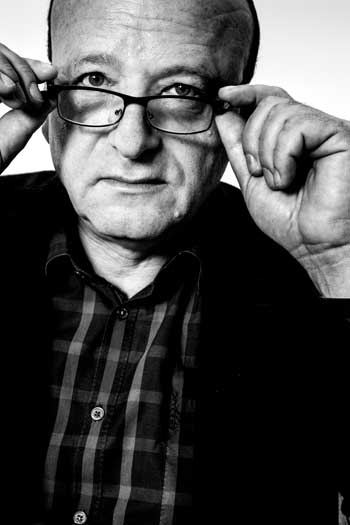 Roytman believes Accenture Interactive is building the agency of the future. It has talked about wanting to be the world’s largest digital shop but he says the vision is bigger than that. It’s about becoming the first "experience agency of record" for global clients. "We want to partner our clients and become the custodian of the brand experience," Roytman says in his distinctive Russian accent as he sits in his office, a plainly furnished cubbyhole in a townhouse next door to Fjord’s home in Oxford Circus.

The "brand experience" matters because chief marketing officers have to think about more than advertising and communications in a connected world that is going through digital transformation, according to Roytman. Now brands need an agency to manage the whole consumer experience and every touchpoint along the way – from the inception of an idea to developing and designing a product, building awareness and then selling and distributing it.

Roytman says Accenture Interactive can be this new breed of shop – the experience agency of record – because it has built up a range of capabilities across design, user experience, data, analytics, customer relationship management, ecommerce, content, advertising and programmatic. "We are close to being able to do the entire spectrum," he says.

The idea is that Accenture already sells to the chief financial and chief technology officers and now it can tap into the chief marketing officer’s budget. "We have pretty much every client we need," Roytman says, noting Accenture Interactive works with 72 of the top 100 companies in Fortune’s global ranking. "We need new clients within existing clients."

It is early days in terms of persuading brands that they need an experience agency but he is on a mission "to educate" chief marketing officers and has met about 100 of them in the past three months. "We are the only agency at the moment that can be the custodian of the customer experience," he claims, because no-one else has the same breadth of skills, global footprint and ability to execute.

Barnaby Dawe, global chief marketing officer at Just Eat, which became a client of Karmarama before its sale, says: "As an ecommerce business, there’s a natural affinity with what Accenture Interactive offers and we’ve focused on data with them and how it can turbo-charge our creative messaging.  Its scale is an attractive proposition to a global data-driven business like ours."

As Roytman looks back, he feels "every acquisition created a milestone". The Fjord deal in 2013 was a big move into design. The studio has subsequently expanded globally from 200 to about 1,000 staff. Karmarama was another watershed because it was a first foray into advertising and emboldened Accenture Interactive to buy The Monkeys in Australia. "Without Karmarama, The Monkeys wouldn’t have happened," he says. The time it takes for Accenture Interactive to buy an agency is also getting "much shorter".

He likes to meet "targets" in his private office because it is separate from Accenture’s London headquarters and it feels more like student digs. The whitewashed walls have been scrawled with hand-written notes and doodles, including a cartoon of Roytman looking like Gru, the loveable villain of Despicable Me. Accenture Interactive prides itself on being "quite un-Accenture-like", an observer says.

Roytman says revenues are more important than profits when considering an acquisition, although he points out profitability is a good measure of whether a mature business is doing well. The key is adding new capabilities and integrating them within the group: "This is where we see the value – it’s not simply buying a business and squeezing profit out of it."

One rival from the consulting world wonders if Accenture’s approach risks it becoming a holding company. "We won’t," Roytman insists. "We are a single P&L company."

What’s more, Accenture Interactive will "phase out" some of its agency brands "over time". Karmarama, which has yet to expand beyond the UK, will keep its name "for now", he says. But Texas-based agency Chaotic Moon, which was bought in 2015, is being rebranded as Fjord Austin.

More acquisitions are in the pipeline as Roytman and his global boss, Brian Whipple, seek to "fill the gaps". Accenture Interactive has "a good footprint" in the UK and Australia and is in Germany and Belgium but Roytman notes: "We don’t yet have a [significant creative] presence in places like Spain and Italy." Buying agencies isn’t the only way to expand. Accenture Interactive is hiring talent "aggressively", recruiting Eco Moliterno, a top creative from Brazilian ad agency Africa.

A balance between right and left brain 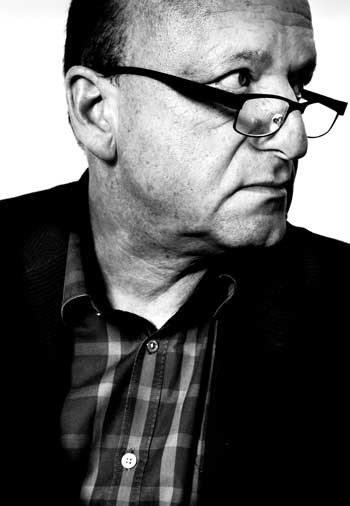 Roytman has "a big brain", according to Jon Wilkins, executive chairman of Karmarama, who describes him as "very strategic" and "esoteric and leftfield".

Simon Nicholls, a partner at GP Bullhound, the company that advised Fjord and Karmarama when they sold, says: "I’ve always found him to be highly entrepreneurial and very direct with a pretty compelling vision of what the agency of the future ought to look like."

Roytman says his own career path has been about finding "a balance between creativity and technology", between the right and left sides of the brain. He tired of computer programming › because "it felt like it doesn’t use the imagination", so he moved into consulting. He thinks Accenture Interactive has the ideal blend of right and left brain for a digital world.

"The holding companies are trying to become more like us," Roytman says. "They’re trying to become a mixture of consulting plus creativity. They’ve got a big, big challenge. To ensure you have the correct set-up, when you have so many [agency] brands that are not collaborating, that are not integrated, it’s very difficult. They have to collapse themselves and create one P&L."

This bullish talk has not gone down well with the agency holding companies. WPP has said the idea of Accenture and other consultants buying creative agencies is "a bit odd" and questioned if they can simply "buy culture". Roytman says that criticism might have been valid once but the market is changing quickly and "a different kind of leadership" is emerging in consulting.

Accenture Interactive talks about having a "culture of cultures" that allows agencies to keep their identity. "We are not just buying culture," he insists. "We are buying skills and embracing culture. We don’t want uniformity."

Roytman concedes there has been some tension as the creatives and consultants have got to know each other. But Wilkins says he has been surprised to find "a pretty broad church of people" inside Accenture.

The benefit, say agencies that have joined Accenture Interactive, is they work on larger client projects and meet top decision-makers that they could never do on their own.

It’s less easy to find evidence of outstanding creative work. The Monkeys won a direct response Lion at Cannes this year but it was for work done before the agency was sold.

When Accenture gave an example of Accenture Interactive’s work on its last earnings call, it cited a project for Carnival, the cruise operator, to develop wearable technology "to transform the guest experience with intelligent personalisation".

Pete Markey, marketing director at TSB Bank, is not convinced marketers need "a consultancy approach to creative. Even in the age of data and analytics, brands still need great creative, and the right talent and culture in an agency is vital." 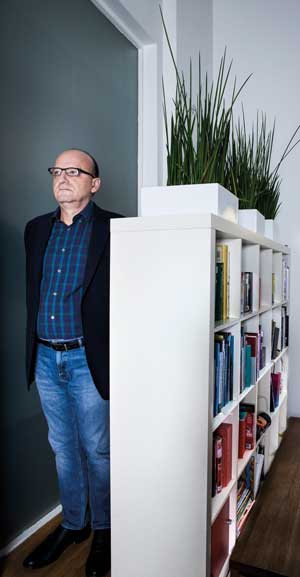 Accenture Interactive expects annual turnover will push $6bn this year, which would make it bigger than Havas. However, analysts at Citigroup suggest some revenue comes from IT implementation and outsourcing – areas that aren’t part of marketing services – and say that "competition concerns" for agency groups are "overdone". That tallies with what established agencies say about coming up against Accenture in CRM and digital rather than creative.

"My guess is that the directly competitive revenue base is probably only around $1bn or so," Brian Wieser, an analyst at Pivotal Research, says. In a $120bn global agency services industry, "that’s not truly disruptive yet", he points out. But Wieser adds: "I do see an acquisition of one of the holding companies."

Accenture is valued at $84bn, triple the size of WPP. Roytman is doubtful a consultant would merge with a holding company because it would be "like buying 150 companies". When Accenture Interactive looks at an acquisition, "we test them on synergy, maturity, open-mindedness," he says. "With holding companies, we’d have to do that 150 times."

Media buying is one area that Roytman is certain Accenture Interactive will avoid: "We don’t want to be a commission business, we want to be a strategic partner. It is one of the challenges the holding companies have to resolve." Being the experience agency of record means understanding how media planning and buying work, without having to do all the execution, he says.

So what will Accenture Interactive look like in five years’ time? "It will be the biggest experience agency and that business by itself will be as important as the other side of the Accenture business, which is traditional technology and systems integration," Roytman says. "It’s not a cakewalk but it wouldn’t be fun if it were."

Age: 56
Family: Married to Katya. Son, 21, daughter, 16, and a dog
Lives: Holland Park, London
Education: computer science degree from Belarusian State University of Informatics and Radioelectronics
Favourite media: Game of Thrones, The Economist, WhatsApp
Favourite ad: 1984 for Apple by Chiat/Day
Interests: Reading
One thing you don't know about me: I am a sharpshooter, but I haven’t got to practice for some time…

It's time to say RIP to CRR

This is the start of a new era for media agencies

Does digital productivity need a reset?

Why it's still all about the work

Accenture wants to be world's biggest 'experience agency of record'