As 2017 draws to a close, Campaign hears from those in the advertising industry who opted to follow a new path over the last 12 months, from joining the Grenfell Tower relief effort to becoming a yoga instructor. 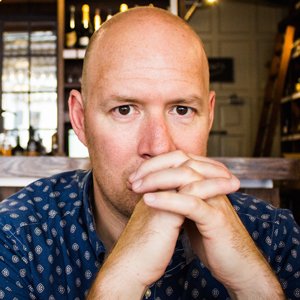 In my role as head of labs for TMW, I am immersed in the world of emerging technology, as well as spending a fair amount of time in the London startup scene.

But I have a dark secret. When I’m not at work investigating the role of conversational interfaces or VR, I like to get as far away from technology as possible.

As much as I love my job at TMW, I also recognise that we need balance. My love of slow food, baking, running, mushroom hunting and making stuff out of recycled wood gives me the structure I need to retain a sense of the analogue in world where my attention is seen as a commodity to be traded by app makers, brands and entertainment.

My wife and I decided to set up Living Unplugged because we think there are many people out there who feel similarly to us, but maybe need a little nudge to show them that eating well, moving more and becoming more intentional is not nearly as difficult as they might think.

We launched the site in June this year and have already passed the 10,000 visit mark. We publish a fortnightly newsletter and have started offering workshops and courses in bread making and intentionality.

Will this business enable us to transition away from our nine-to-five careers? Maybe. Right now we just want to reach as many people as possible and see how big we can make Living Unplugged. 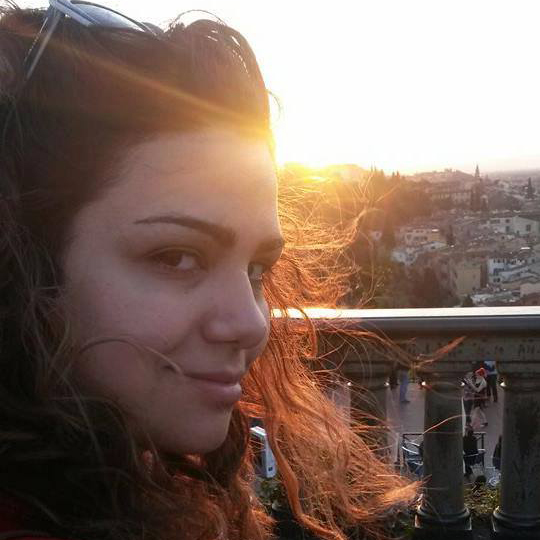 At the beginning of the year I decided to move from a big network agency to a much smaller one, but I felt like I needed to do something more.

There was a cause I really cared about – mental health. Over the past couple of years, I had to watch my friends and colleagues struggle with speaking up about the things they’re dealing with and deteriorate because of the stigma attached to mental health.

I really felt the need to do something, so I decided to start my own jewellery business. Ten percent of all sales go towards mental health charities and it really feels like my little revolt. It also gave me a great insight into what it felt like sitting in the client’s chair. I had to commission a visual identity, teach myself metrics and social media, negotiate with suppliers and many other things that I wouldn’t do under any other circumstances.

I’m so glad I did it and it gave me a great sense of achievement. 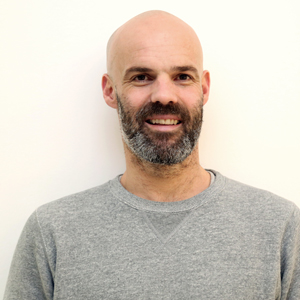 This year I decided to get up out of the detail and concentrate on some other projects that excite me.

I promoted the brilliant Will Flack and Aaron Wilmer to become joint ECDs of Brothers and Sisters, the agency I founded.

I freed up my previously crazy diary to focus on looking into the future.

Inventing a new piece of wearable tech with my friend Cathal, founder of Folk clothing.

Developing a concept for a new, plastic-free, carton water brand.

Prototyping a use of VR for the finance industry.

I was also profoundly affected by Grenfell, being a Ladbroke Grover of 20 years.

I’ve joined the team who run Grenfell FC, a football team made up entirely of survivors of the fire.

And guess what I’ve seen a fraction more of my beautiful wife and three kids, Missy, Sonny and Goldie, who are the most important people in my life. 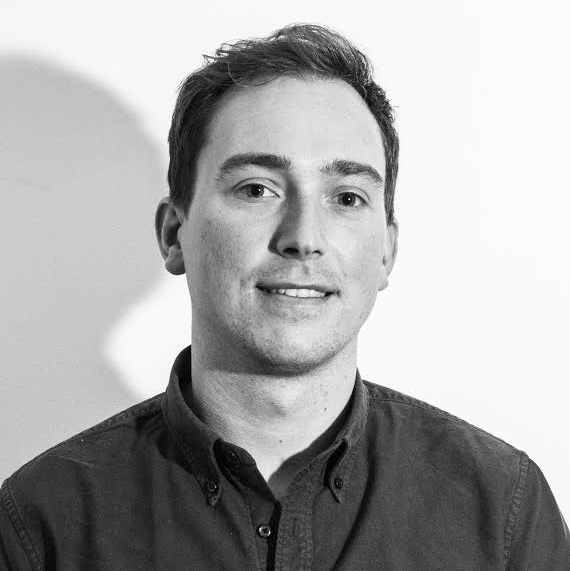 Over New Year I sailed across the Atlantic. I had never sailed before. I wanted to do something that would scare the hell out of me.

Sometimes it's easy to slip into a comfort zone. And the best way out of that is a real shock to the system. My shock was 40 knot winds, 20ft waves, schools of dolphins and one sleeping whale.

We operated a four hours on fourhours off system. Twenty-four hours a day, every day.

You realise just how much you can pack in to one day.

Since being back, time before work has become a pleasure (do something, anything, before work) and focusing on the bits of work you love makes life balance so much easier to achieve. 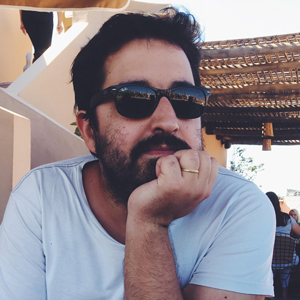 Something wonderful happened this year: I published an illustration book. I made all the drawings myself and someone found them good enough to put them on paper.

What's most surprising about all of this is that I'm an illustrator that can't draw, if you can believe that.

2 Kinds of People, the project I started back in 2015, was as much about revealing the tiny differences between us and the people around us, as it was about improving my drawing abilities and doing something that I could bring back into my advertising work. Truth be told, the only reason I adopted a flat, grid-based style for this project is that it was charmingly simple. Simple enough for me to fake it until I made it.

Somehow I made it work. This year 2 Kinds of People has been published in half a dozen countries and, while I don't think I'm a better illustrator now than when I started, I am a better creative because of it. I explored a new creative space that I didn't understand, hoping I wouldn't crash and burn. I have always been afraid of failing. I still am, but I'm eager to try and do it again. 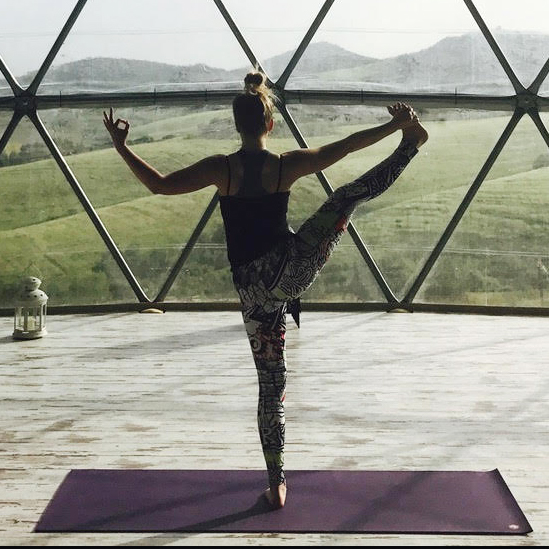 This year I trained as a yoga teacher. I knew going to classes made me feel better, but I didn’t really understand why.

I never quite appreciated how much of my head and energy the training would demand, or how much of a shift in my understanding of self, and attitudes towards everything else. Work were super supportive, funding part of it with our Make Yourself More Interesting initiative, and offering a great space to put learning in to practice (finding the comfort in discomfort, being authentic, not grasping for certain outcomes).

My fellow St Lukers kindly volunteer as guinea pigs on Tuesdays for me to explore and keep learning. My goal is to make yoga more accessible – the spiritual side and Instagram pretzel poses can be alienating, so I tell people to take what they need and leave what they don’t.

I also got to teach on our agency birthday, St Luke’s Day. The best moment was getting everyone to lift their toes then put them down again one by one. Al, our CCO, opened his eyes, looked at me and just laughed. It’s moments like that, when you help someone see or feel something they haven’t before, that makes teaching so great. And I guess that’s why I also love planning! 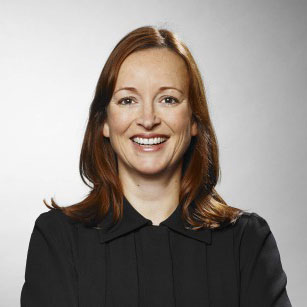 I can guarantee that when I change my LinkedIn profile from "director of communications" to "corporate and personal coach" in January lots of people I know will think I’ve lost the plot.

It is a glorious, restless, exciting thing being a director of communications at a global media company. It’s hard to walk away.

But I’ve found a new love. One that’s given me the confidence to listen to my gut instinct, which has for years been saying, "Work for yourself, be your own boss, go on, go on, go on." (Always in the voice of Mrs Doyle from Father Ted. Weird that.)

I started training with the Coaches Training Institute back in February. Less than a year later, the combination of my training, the clients I’ve coached and the coaching I’ve received, has made me realise that if I don’t do this now, I’ll regret it.

As anyone who has had coaching knows, it helps you reach your goals. Over the last nine months, my clients have changed jobs, moved countries, reduced their stress and increased their confidence to a level that they could feel it and their colleagues could see it.

I remember clearly the moment I realised that I had to bite the bullet. I was coaching someone who had been offered a job that he knew would make him miserable, but was under enormous pressure to accept. By the end of our session, he’d made the decision to turn it down. And he’s much happier for it. Coaching doesn’t feel like work. It feels like a massive opportunity to help people navigate a full-on, relentless world.

While I’m deeply excited, I’m also bricking it. My inner critic (we all have them, they’re called "saboteurs") has honed her craft over the last 40 odd years, being the most judgemental, harsh expert at "worst case scenario" version of myself. She is on the rampage right now. Our inner "saboteurs" often pop up at times of big change.

But, despite the 3am fears, I’m doing it. Because it feels like a vocation, and I know in my heart of hearts that if I try, and it doesn’t work out, that will be so much better than not trying at all. My clients are brave, brilliant people. Whether they moved to a new country, or gave themselves permission to leave work on time. It was all them. All I did was ask the questions, reflect observations back at them, challenge them a bit and provide them with the space to pause. And we could probably all do with more of that.

A view from Dave Trott: Targeting versus signalling

Kingston Smith: 2017 was a good year for media buyers

Thoughts on AI, mixed reality and diversity from Web Summit

This is how we should be giving feedback

Why diversity matters in adland

The best leaders admit when they are wrong