Yes, you read that headline correctly.

This Campaign headline on a profile of Claudine Collins, the "glamorous new managing director of MediaCom", feels like a relic of a bygone age. Yet it is actually the headline from this 2012 profile.

In 2018, when the conversation and coverage of women in advertising has become more nuanced, it is easy to view this interview with one of media’s most high-profile and successful female leaders as an anomaly; in reality, it was anything but. Collins, like many female leaders of her generation, faced a challenge that her male counterparts did not: namely, succeeding as a woman in the public eye when self-promotion and networking are seen as almost a crime. This is why we decided to retell her story as part of Campaign’s #TellHerStory series.

"I read it and I was laughing – it seems like something from an age ago; no-one would write that now. Women have fought to be judged on their abilities," Collins says. As a leader who has pursued influence and profile, not only rising up the ranks in MediaCom but appearing as a straight-talking interviewer on The Apprentice, she has a level-headed approach to the challenges of putting yourself forward as a woman in advertising. 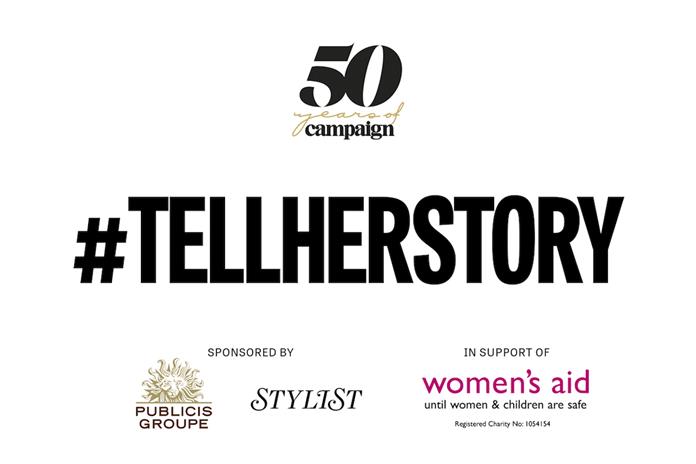 Building her profile didn’t come without knockbacks. Collins recalls a flurry of comments under an article describing her packed schedule of events and lunches during a week. "I got negative feedback about how much networking I was doing, but my competitors and the media owners I worked with recognised how hard I worked," she explains.

Historically, this is perhaps the point in the story when a glib statement about "having it all" – or, more recently, "leaning in" – would come into play. Yet, like the case for many female leaders of the advertising industry or the business world more broadly, the truth – of the sacrifice or personal investment required to reach the top – never often surfaced in the press. This missing part of the story is only just coming into focus today.

Yet Collins is unflinchingly honest when it comes to describing her gruelling schedule while rising the ranks. "Other people didn’t give up their spare time and I was giving up my personal life. There were times when I was leaving the house at 8am and I didn’t get home until midnight," she recalls. Looking back on her career, while she doesn’t regret anything, she says: "Being very personal: would I have loved to have had children? Yes."

For Collins, putting yourself forward, even if that means you could be targeted for criticism, is key to both building resilience and building an impactful career. "It can be hard – I talk to people at MediaCom a lot about it. People aren’t as resilient now as they used to be," she says. "Most of the promotions I went for I was turned down for first. But my attitude was always: I am going to show you that I can do this."

In effect, a knockback became a push for the next challenge. By not letting anyone take ownership of her career trajectory, she never lost momentum. She continues: "I would approach a no with the view: well, this is what I want to do, so what do I need to do to get there? Your boss can still say no, but I flipped it – it spurred me on." No was just the beginning.

It is an approach that demands not just that you put yourself forward but you understand your own worth. With this in mind, she urges the next generation of female talent to raise their own profiles by putting themselves forward to speak at events and comment within articles, and push aside imposter syndrome.

"I still feel nervous, I still push myself to speak on panels where I am not a complete expert on the subject. Everything is vast and complex and you can’t be an expert in everything, but you have to keep learning," she says. "It’s harder to learn if you don’t get your head up and put yourself forward."

Creating a level playing field where women can thrive is clearly incredibly important to Collins. "At MediaCom, we are so gender equal and we are all about meritocracy. We realise when women come back after having children, it is really hard. So we focus on flexible working and mentoring. I wish all organisations would do that," she says. "If you have a lot of senior men at the top of an organisation and that isn’t happening, then you have a problem."

For MediaCom, creating a supportive, inclusive environment is more than just a sound bite for the press. Sue Unerman, chief transformation officer at the company, says that diversity is one of the crucial ingredients in the agency's success. She explains: "We've got each others' back.‎ When, as is so often the case, ‎negative internal voices dominate, or we have a tough moment, we've got into the habit of turning to each other to check in and to get support, to be each other's cheerleaders and sponsors. We won't let each other down and knowing that we have this network makes us better and stronger. And better able to deliver outstanding work for our clients."

This is reflected by the number of women Unerman references: Satin Reid, Kate Rowlinson, Rebecca Davies, Claire Ferguson, Victoria Appleby, Rachel Peace, Catherine Pronzato, Elaine Bremner, Jane Christian, Pauline Robson‎, Lisa Humphreys, Sonya Arthur, Sarah Jones and, of course, Karen Blackett. Unerman explains: "I've deliberately given you a long list of senior women (‎and as I said it could be an even longer list), because MediaCom isn't about one or two stars or personalities, it's about strength in depth, and Claudine has always acknowledged this and been more than generous with her time and priorities."

The power of being yourself

For Collins, putting yourself forward and creating a culture where others can do the same is firmly rooted in being yourself. "If you talk to women here [at MediaCom], we celebrate people’s differences and that is what makes people happy," she says. "Honesty is a really valuable thing. When I was younger, women felt they had to talk about football even if they didn’t care about it. It was about fitting in, not being authentic, which takes up a lot of energy."

Today, Collins wants the industry to focus its collective energy on ensuring 50/50 gender representation, whether that is in a comments piece or on a conference platform. Wacl, for instance, has extensive lists of industry experts for any given subjects.

She would also like to see more female leadership in advertising: "My wish is for at least half of the CEOs in creative, advertising agencies and holding companies to be women."

But this, Collins believes, is about building something far bigger than profile.

"At the beginning of my career, a large majority of my work was about building relationships and high-level relationships. I had the ears of editors, which meant my clients could experiment," she explains.

Today, there's more that can be done. She advises: "Get involved in the industry, support and mentor, sit on IPA councils and maximise your potential and ensure you are always learning."

As a blueprint for an interesting, impactful and wide-ranging career, it doesn't get much better than Collins'. Thanks to women like her, who not only relentlessly forged their own path but focused on building cultures where others could thrive, the lens is finally shifting away from the height of someone's heels to the impact they can make.

Time to get female directors off the subs bench

'You will remember missing the school play, but you won't remember why'

The most creative people in town wear tweed jackets

What would you do if you could start again?