Let's be honest... your parents or guardians probably don't understand what you do for a living.

TV commercials and billboards. That’s probably what most of your parents, guardians and grandparents think when you say you work in "advertising," and while that’s not completely wrong, your job is much more than 30-second spots.

MDC Partners’ The Media Kitchen hosted its second annual "Bring Your Parents, Grandparents and Guardians to Work" event last night to help its staffers explain their everyday jobs to their loved ones.

The idea for the event was sparked last year during a dinner on the day of a "Bring Your Kids to Work" event when a new employee asked The Media Kitchen CEO Barry Lowenthal if the team could bring their parents in one day to explain their roles. 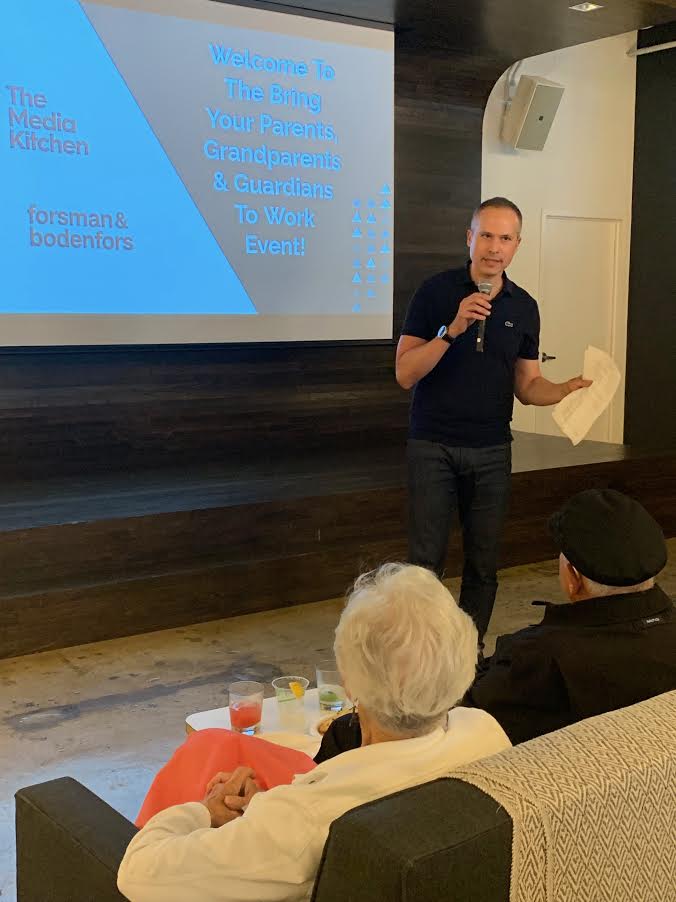 The event, hosted in partnership with MDC sibling agency Forsman & Bodenfors, was packed with eager parents and loved ones – as well as nibbles and cocktails. Lowenthal kicked it off last night, followed by Mike Densmore, CEO of Forsman and Bodenfors NY, who both shared some insights about their agencies. Several staffers got up in front of the crowd after Lowenthal and Densmore to explain their positions in the agency in fun ways, including a young woman who just started her first media job about eight months ago.

"This was our second year doing it and it was bigger than last year," said Lowenthal. "The Media Kitchen prides itself on a place where everyone can bring their full self to work.  After all when you leave a piece of yourself at home, it's usually the part that makes us special. And the people that have made us special and the people that always encourage us are our parents. This event is our way of celebrating them and sharing what we do."

Which brands celebrate the LGBTQ+ beyond June, if any?

5 essential ways your brand will be discovered