This week, Bitch witnesses MJ Media getting over an Olympic hurdle, goes loco at Koko when Lana Del Rey fails to show and goes commando with the marines.

Those who want to watch men tossing it about in Lycra shorts (Bitch means the shot put darlings), or for you racy 'Mad Men' who have tickets for the women's beach volleyball (you know who you are CBS Outdoor's Jason Cotterell), the hunt for Olympic tickets was over months ago.

However, Bitch needs you to spare a thought for Martin Jones, chief executive of MJ Media who was unable to get his hands on tickets for London 2012, However, she hears that didn't stop him pursuing his burning ambition to be a part of the sports spectacular.

Instead, and with no prior experience and with a desperate stab, Martin auditioned for a place as a performer for the opening ceremony – and succeeded!

Martin (picture, front left) will now join the other 10,000 successful volunteers to perform in front of a worldwide TV audience of billions.

His enthusiasm for the Games also saw him join the IPA's recent bus tour of the 2012 Park, alongside reps from Mother, Vizeum, Arnold, Initiative, HereandNow, Publicis, UM London and more.

Bitch knows that from hosting its first ever music video, which for those of you interested was 'Video Killed the Radio Star' by Buggles, to providing platforms for stars such as Kurt Cobain and Bruce Springsteen to do live acoustic sets, MTV has always been at the forefront of music.

Therefore it came as no surprise to Bitch that for the media owner's first showcase event of the year at Koko earlier this week, MTV had secured the musical glamourpuss of the year so far, Lana Del Rey. 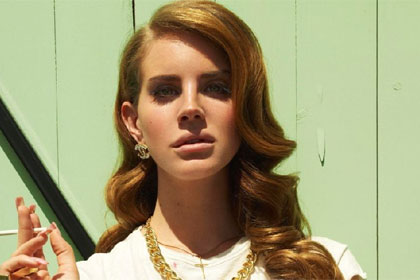 So Bitch was happy to get her high heels on and brave the sticky carpets, suspect toilets and lack of air conditioning that is usually associated with music venue Koko in London's Camden.

However, with just an hour before Lana was due to take to the stage Bitch was more than a little annoyed that the torch singer pulled out of the gig citing illness for her absence.

To say Bitch was disappointed is an understatement, as she trekked off home with heels in hand, and she definitely wasn't listening to the more bitter members of the crowd who were suggesting that Ms. Del Rey may have pulled her appearance as she deemed herself more worthy than the evenings headliners The Maccabees, particularly as she is now being lauded as one of the year's hottest acts around the globe by critics and music's glitterati.

Bitch is behind you my darling…

Getting your weapon out

Bitch was directed toward the Radio Times website this week to check out some of her favourite hunks – soldiers.

For any of you who read Bitch every week, you'll know that there's nothing this girl likes more than a man in uniform with a big weapon.

Unfortunately, on this occasion, Bitch was actually outdone in the double entendre stakes by the photo of the Royal Marines 42 Commando unit that had been produced by Channel 5's publicity department t promote 'Royal Marines: Mission Afghanistan', where the Radio Times said one of the marines was "playing a prank."

Clarifying the situation, the Radio Times said: "what we took to be the Marine's finger, proved, on closer inspection, to be another part of his anatomy."

Just as well he wasn't standing to attention, but he was obviously going commando...

Until next week, my little troopers.

MJ Media among new members of Institute of Practitioners in Advertising