Well, my little Champagne guzzlers, guess where your favourite girl has been this week? Well, it doesn't take much of a wild stab in the dark – she's been to the rather fabulous Cannes Lions Festival on the Cote d’Azur with the great and the good of media (oh, and some air-kissy creative types), and left just in time to see the rather fabulous Don Draper (or John Hamm in his earthly form).

However, Bitch hears that she wasn't the only one with a little crush on the delicious Mr Hamm, as word comes to her that a previous Media Week Awards chair and chief executive of Maxus, Lindsay Pattison could be seen stalking the Croisette in search of the TV hunk, if sources are to be believed.

Bitch is sure that it was all entirely down to autograph-hunting, but can't blame Lindsay for searching out the rather talented star of media's favourite show, 'Mad Men'.

Back on these rather rainier shores, this girl sneaked in to the annual summer party held by satellite broadcaster BSkyB at the Oxo Tower Brasserie, which was a veritable showcase of Sky talent.

Those attending the event included the broadcaster's chief executive Jeremy Darroch, who didn't do the normal half-an-hour-and-off into an Addison Lee, but put in a good attendance, plus former test cricketer and face of Morrisons, Freddie Flintoff, supermodel Elle MacPherson, newsreader Kay Burley, and the girl with the husky voice, Mariella Frostrup. 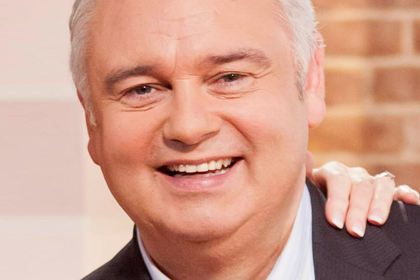 The crowd also included ardent Manchester United fan Eamonn Holmes, who seemed to be more interested in the football that was being transmitted through four large screens at the venue. Bitch is relieved that Sky is, of course, the home of football…if the match showing hadn't been broadcast on ITV that is.

Bitch has a new favourite programme to settle down to on the one or two nights she's not on the town and that's the antics of a group of North East residents that are just about to appear back on your screens on Tuesday night – MTV's 'Geordie Shore'. According to MTV, we can look forward to "drunken romps, bed hopping, diva strops and unadulterated partying", a bit like most days at Media Week then?

Bitch caught the reality stars fresh off a plane from Cancun in Mexico, where they shunned the Champagne, caviar and limos, to appear in a sandpit in…Liverpool Street station. Glam darlings, glam…

Wearing, what was loosely described as "not much", according to one passing commuter, the Geordie bunch turned on the charm and posed for photographs with fans and chatted to train travellers.

This girl asked star of 'Geordie Shore', Gary Beadle what he thought of the event

He said: "It was proper mint being able to cheer everyone up on their way to work. I don't know how Londoners get on the Tube every day – it’s packed! I know I'd rather be sunbathing on a beach, even if it is in the middle of the station!"  Erm…Bitch couldn't have put it better herself.

Until next week my little spray tanned, loose-moraled lovelies.