For the last fifteen years, it has been time for a pint, and now it's time to hit the road: London's Meantime Brewery is undertaking a six-month creative initiative in six cities across the UK in a bid to grow its presence outside the capital.

"Meantime’s like an onion," says marketing director Rich Myers, "there are loads of things you can get into and talk about." Given its spirit of experimentation, it wouldn’t be altogether surprising if the brewing team managed to find a use for an onion in one of its more avant-garde beers.

It is certainly getting involved in some other pretty odd practices in its six-month, six-part campaign, "Make time for it", which began at the start of May, and marks the end of stage one tonight in Manchester.

The initiative sees the brewery collaborate with craftsmen in six cities to produce various objects and decorations that would be found in a pub – with all six being exhibited in a pop-up bar in London in October.

Each of the makers will get six weeks to finish their project, the same amount of time Meantime ages its beers for, while the brewers will create a beer for each of the craftsmen at the same time. 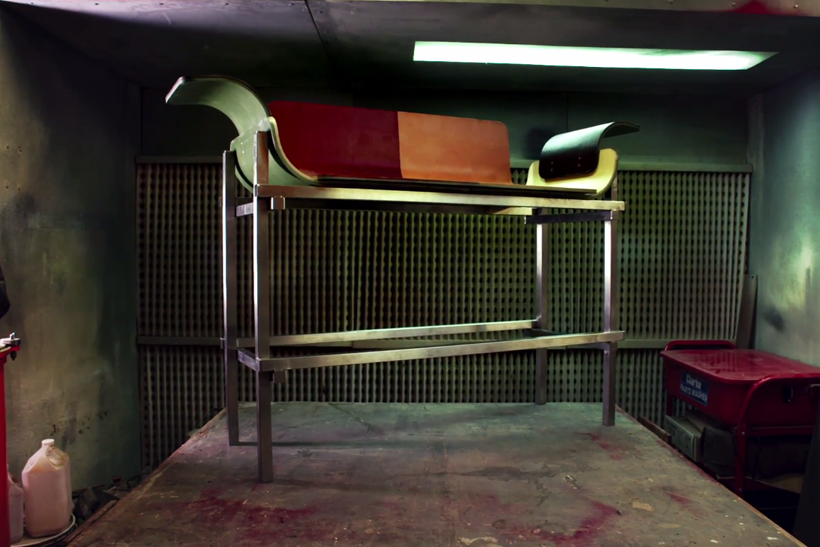 The first stint has seen Manchester furniture designer Liam Hopkins produce a bar stool (above) inspired by the shape of brewing tanks, and finished with a material made from brewers’ waste.

"We showed them the brewery, told them what we were about, and in essence said: your job is to create this element of the bar, go nuts," says Myers. "Each took a different element of the brewery or aspect of the campaign and pulled it into their design."

After Manchester, the project will roll on to Glasgow, where Marion Parola and Yvonne Elliott will be creating bespoke wallpaper, featuring a pattern suggestive of hop flowers. It then moves to Leeds (a neon bar sign), Bristol (a lager glass) and Brighton (a barman’s waistcoat), before returning to London, where sign painting specialist Ged Palmer will produce an outdoor pub sign.

Time you got a job (as a skilled artisan)

The lengthy duration of this campaign is not just fundamental to its form, but is also the message, says Myers. The brand describes time as the "fifth ingredient" of its beers, and as the location of the Prime Meridian – its home area of Greenwich is more closely associated with the temporal dimension than anywhere else on earth.

Myers says it’s also an easy way to convey quality and craft to consumers. "Time is something that people can understand," he says. "You take longer over something, then it can be better. Consider long matured steaks, for example - people get it, it’s easier to understand perhaps than things like unpasteurised."

The idea came out of a smaller partnership last year with folding bicycle maker Brompton - Meantime brewed them a beer, while Brompton made Meantime a small number of custom bikes, one of which is still on sale in the brewery’s visitor centre.

That collaboration, like those taking place this year, was about highlighting the similarities between the two companies in their creative and manufacturing processes.

"A couple of us went down to the Brompton studios; we had a look around and thought, this is remarkably similar [to us], the way they handmade the bikes," says Myers.

While that project was a touch whimsical, Myers felt the approach spoke to the Meantime brand identity so well that it should be expanded, but given more direct relevance to beer – which is where the "elements of the bar" came in.

After seeing steady growth in and around London over the last decade, Meantime was also keen to grow its presence in other UK cities, and the rest of the campaign plan wrote itself.

Meantime then partnered with Quest TV, which is both running editorial coverage of the process – including a competition in viewers can win the six beers – and making six short films, produced by Discovery Creative London.

As well as forming the main social media plank of the campaign, edited versions of these will be shown in independent cinemas in each city. 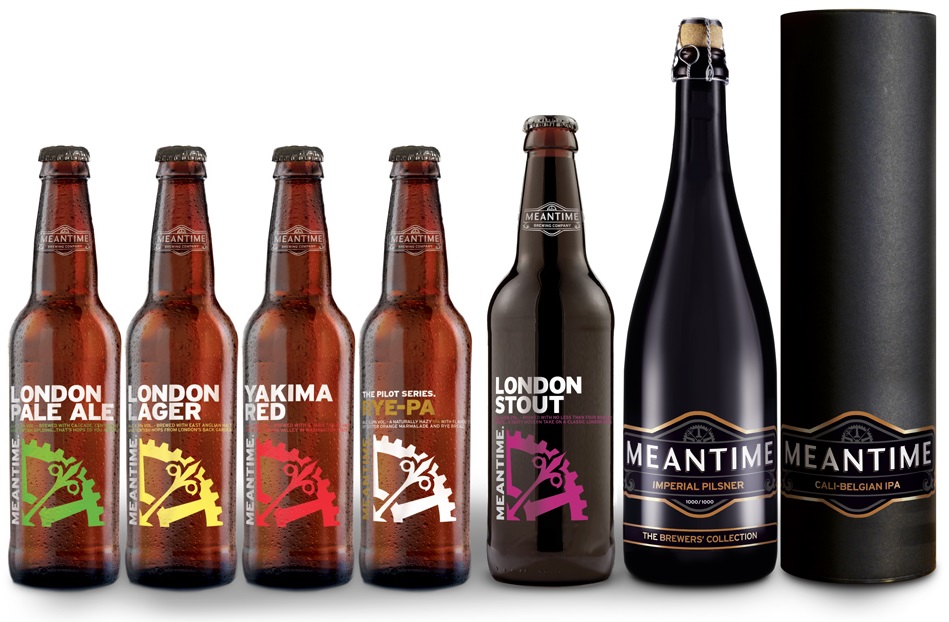 Ready for the big time

For most marketers it’s a no brainer: if you think there are people out there that would buy your product, if only they knew about it, you should do everything in your power to let them know. But for craft beer brands, it can be a more complex consideration; many pride themselves on being small-scale and – especially – independent, and some of their most militant fans refuse to have it any other way.

This became apparent for Meantime when it was bought by Peroni owner SABMiller last May - a move that was violently rejected by a (perhaps small) segment of its fanbase.

Just learned of @SABMiller acquisition of @MeantimeBrewing
Meantime, you are dead to me now.
Drink #craftbeer

Meantime is now in the process of being sold again - this time to Japan’s Asahi Group - after the world’s largest brewer, Stella and Budweiser owner AB InBev, bought out SABMiller and chose to offload some of its brands to ease the deal past regulators.

Whatever negativity there may have been, Myers is unflustered; he’s adamant that it’s the right thing to spread the word and make the product available to whoever wants it. SABMiller’s investment has made it easier to do that.

"It was never about keeping it small," he says. "Meantime have already grown - it already changes perceptions, before the ownership comes into it - what we want to do is focus on the quality of our beer.

"If people turn around and say they don’t want to drink our beer because they don’t like who owns it? There’s nothing we can do about that."