The casting agent specialises in helping brands and agencies find the right talent for their campaigns.

When you are good at what you do, it can appear deceptively easy. The truth is it can be extremely stressful, because there is so much at stake. Hollywood agents and publicists are notoriously tough, and you are going into battle for your client. Often my most challenging calls are at 1am, when I’m in my PJs and having to face down an LA attorney.

On one level, part of my life can seem incredibly exciting and glamorous, but at the end of the day when I get home to my little boy, who is severely autistic, it puts everything into sharp perspective.

I am on call the whole time from creative inception to the end of the artist’s contract. I attend the shoots to ensure everyone is happy. 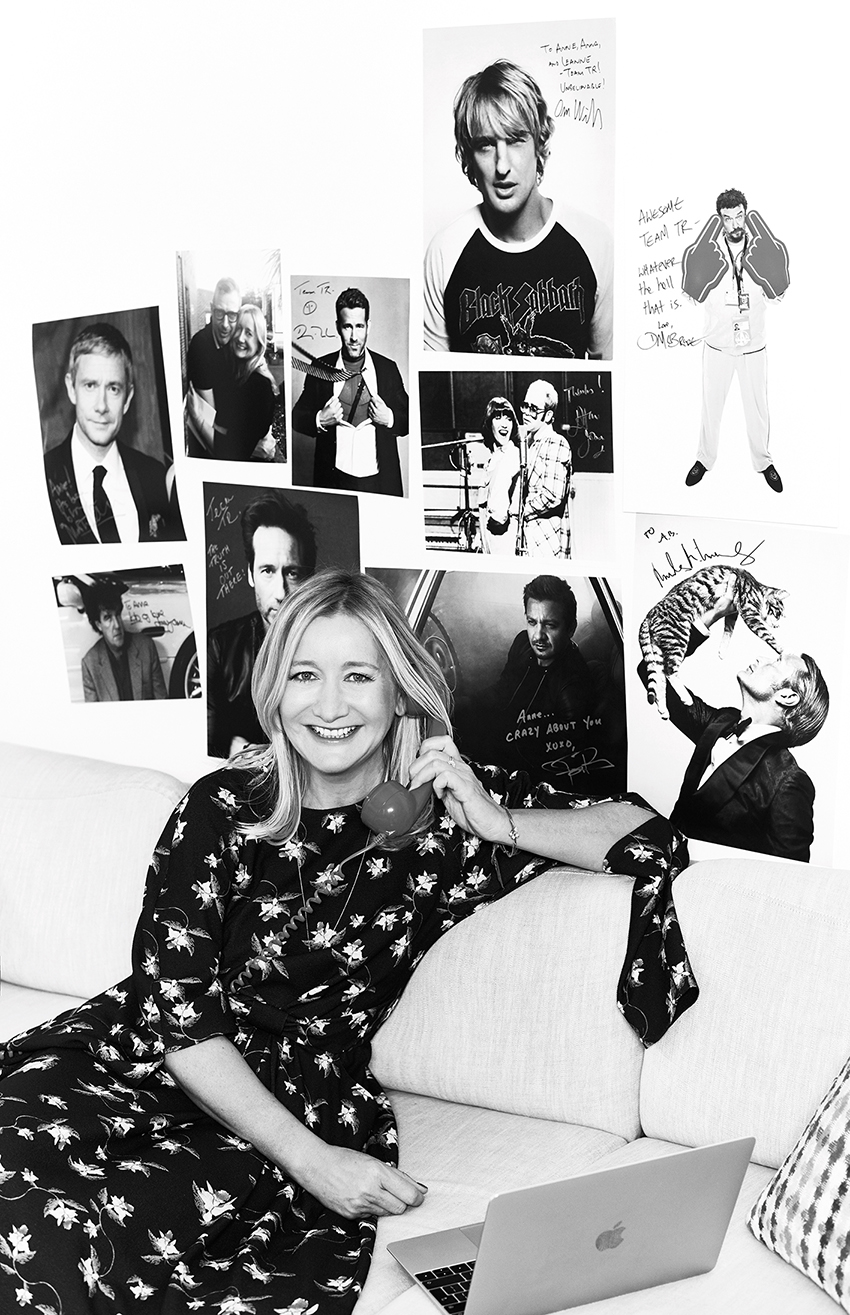 People have this perception that celebrities are difficult to work with, but they’re not. They do want their own "glam team", though. Agencies often baulk at the cost, but if you only have them for 12 hours, you can’t afford to lose an hour in hair and make-up because they don’t like it.

One of my golden rules of working with A-list talent is don’t get fixated on one choice. Your plan B can end up being better than your plan A. Jeff Goldblum wasn’t first choice for Currys PC World’s Christmas campaign. But now, no-one can imagine it with anyone different.

Fiction is my escapism. When I was younger I was a complete bookworm and loved TV. I wanted to make great content that entertained or resonated with people. At 19, I joined the Royal Shakespeare Company as a dresser. I picked up a lot of famous people’s pants – Kenneth Branagh, Gary Oldman, Alan Rickman. I realised quickly it wasn’t for me; doing the same thing night after night drove me bonkers. I decided to go into TV.

I worked at the BBC and MTV before setting up a film company. The only way you get films financed is if you attach talent, so we were always casting. I saw Keira Knightley do a screen test in her school uniform when she was 13, and Colin Farrell came to me for advice just before he was in Tigerland. In 2003, I raised £2.5m to produce the film One Last Chance. It was a brutal experience; as an independent film producer, you have very little power once it has been shot.

Afterwards I went on holiday to Australia and stayed for 18 months. While there, I helped Leo Burnett find Rose Byrne to front its Max Factor campaign. Back in the UK, I saw her face everywhere, and I realised I could make this my career, and set up Talent Republic in 2006.

Since then, I’ve paired Keeley Hawes with Boots No 7, Nicole Scherzinger with Müller, Ryan Reynolds, Ewan McGregor and Alec Baldwin with BT and Elton John with Snickers.

There are many factors to consider when successfully choosing talent for a campaign. Timing is hugely important. We try to be aware of what is going on with a celebrity throughout the term of the contract. If you get it right, there’s a halo effect from their other work.

What the campaign involves matters. Most celebrities are comfortable with moving image – TV or online ads – but can be sensitive about seeing their face on a bus or billboard promoting a product rather than their latest film.

Then there’s the brief itself. If the ambition is social-media buzz, we recommend musicians. They often have vast social footprints that they don’t mind using commercially. Actors inhabit other characters, so they are not as comfortable going out there as themselves.

The budget makes a difference but it’s not the most important factor. If the agency can be flexible about shooting around the celebrity’s schedule or location, it might open up more avenues to otherwise unattainable people. The value of big-name talent to their agent is so high that if they don’t know who you are, it’s easier for them to say no. I’ve known the agents for years and built up trust. I make sure the offer is safe and appealing, it’s not just offering money.

You also have a minimum of four or five stakeholders who have to be positive about an offer before it gets to the celebrity. A basic team is a theatrical agent, a commercial agent, a manager, a publicist and an attorney.

It is increasingly important to get a celebrity who embodies the brand’s values. The explosion of social media has meant people expect more credible, authentic connections. We also work on pitches with agencies. That helps because we put viable talent ideas in the mix. I’ve seen entirely unrealistic pitch decks with Meryl Streep and Leonardo DiCaprio. If we win, we win together.

To do this job, you need to be determined, tenacious and diplomatic because you bring together parties with different agendas. I want everyone to walk away with a great experience.

Anne Batz is a celebrity casting agent. She set up Talent Republic 13 years ago to help brands and agencies find the right celebrities for their ad campaigns.

Campaigns on which she has worked include BT, with Ryan Reynolds, Currys PC World, with Jeff Goldblum, and the latest British Airways ad, for which her company signed 19 celebrities.

Chris Hirst: 'I thought I'd screwed my career'

Bringing up adland: The new wave of creative talent from Sweden's Berghs School