It’s a miserable February afternoon, and Scott L. Kauffman — seven months into his job as chairman and chief executive of MDC Partners — is sitting at the long acacia conference table in his Fifth Avenue office 19 floors above Central Park, laughing about his good fortune.

"It’s a great job, because I think you get appointed for life, from everything I’ve seen," he says, flashing a wide grin that reveals an impressive set of white teeth. "How long has Martin been in the job? John? Michael? Maurice? I mean, does it get any better than this?"

Surely he gets the joke. Kauffman, 60, ascended to his role in July after MDC’s founder and chief executive, Miles Nadal, resigned amid an SEC investigation into his personal expenses, including more than $1 million a year in travel and medical bills.

So yeah, holding company boss is typically a pretty secure gig. But there are ways other than death to lose it. And Kauffman knows it as well as anyone.

Taking stock
But this proud son of Princeton, N.J. has earned his good mood today ("Born to Run" is one of 20 rock albums decorating his office walls). One week earlier, MDC’s stock jumped nearly 10% the day after it reported an 8.4% increase in revenue for the year. Coming in the wake of the Nadal departure, the earnings report represented both a victory lap and a sigh of relief for the company and its chief executive, who has remained mostly silent till now. "We’re ready to be a little more forthcoming with our plans now," he says.

Relaxed and unguarded — and, let’s just say it, more polished, charming and affable than his predecessor — Kauffman spends the next hour talking about acquisitions, international expansion, media ambitions and his vision for the future.

Yes, he is committed to the partial-investment strategy that made MDC Partners the parent company of creative darlings such as 72andSunny; Anomaly; and Crispin, Porter + Bogusky. Yes, we can expect to see several MDC acquisitions in 2016. ("We have our eyes on a lot of things.") Yes, he spent time last year assuring nervous investors (though not clients, he says) of the company’s stability. 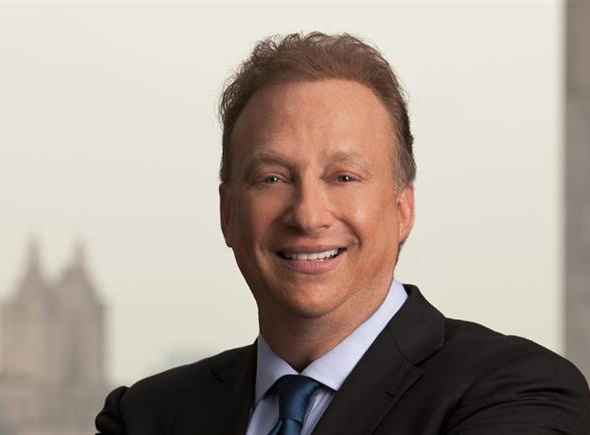 And yes, he is required to get twice as many signatures on his expense accounts as Nadal did. And no, as the presiding board member of MDC, he never had reason to suspect that Nadal was abusing his expense privileges. (Items that were discovered as part of the expense report reimbursements he "had no insight into," he says, no longer quite smiling.)

He patiently answers all questions about the past, but grows animated when talking about the future.

In three years, he boasts, MDC will have "20% of our revenue coming from media, and 30% coming from outside the United States." (Those numbers in 2015 were 10% and 9%, respectively.) "We’ll be two to three times the size we are now, and have another half-dozen agencies that trip off your tongue the way 72 and Anomaly do today."

How? For one, MDC has consolidated all its media brands into a single company, MDC Media Partners, that might one day be able to compete in the kind of billion-dollar shootouts we saw this summer. And the company will, in the coming months, put added resources behind the "whole other universe of phenomenal properties" that sit unnoticed behind the "five or six agencies that are always front and center." Pushed to name names, Kauffman mentions Minneapolis creative agencies Colle + Mcvoy and Mono, and New York strategy shop Redscout.

Perhaps most newsworthy is what Kauffman doesn’t plan to do, despite what you may have heard. His job is absolutely not to get MDC into shape so it can be acquired by another holding company, he insists.

Of course, MDC — known for taking a financial stake in its agencies rather than buying them outright, a point of differentiation that has attracted independent-minded agency bosses — is a publicly traded company. So no path to shareholder value is ever fully off the table.

"If that, through some confluence of the time-space continuum, becomes the path to maximizing shareholder value, then that's the path we'll go on," he says. "For now, we have industry-leading organic growth. We make smart acquisitions. We are consolidating our media assets to create better scale. We're growing internationally. Those are our paths to growth."

"A decent human being"
Even with his even tan, combed-backed hair and sports coat-and-jeans combo, Kauffman breaks the holding company CEO mold in any number of ways. He went to college at Vassar, earning a degree in English and meeting the woman who would eventually become his wife. Together, they moved to Manhattan’s Upper West Side in 1978, where he started his professional life as a media planner at Benton & Bowles (and where both his children were born). A career in publishing followed, with stints as a publisher at Newsweek and a VP of business development at Time Warner. Eventually making his way to Silicon Valley, Kauffman helped launch a handful of startups that were later acquired by giants like Yahoo, IBM and General Motors.

As a member of MDC’s board, he considered himself partially retired, but was not unhappy to take the chief executive role. "It crossed my mind before the board formally approached me about taking the job that it might be a possibility," he said, "and I got comfortable with it very quickly."

Today, he splits his time between New York and Palo Alto, where his wife runs a prominent girls’ school. "Fortunately, American Airlines is now a client of ours," he laughs, referring to the 2015 Crispin win. 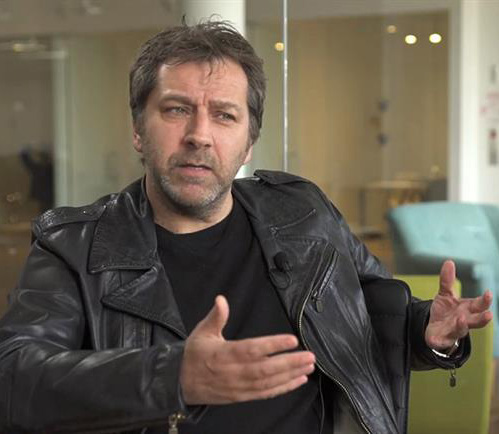 He has become familiar with the heads of every MDC agency, he says, including Carl Johnson, the famously irascible global chief executive of Anomaly.

"He comes across as a decent human being, which is a big factor when you’re dealing with a holding company," said Johnson in a telephone interview. "His humanity — I wouldn’t normally say this — his humanity comes across."

He also brings a leadership style noticeably different from Nadal’s, Johnson says. "Scott is a very considered, strategic, thoughtful, calm leader, and therefore he will operate differently from Miles, who is more of an instinctive, go-from-the-gut leader." (About Johnson, Kauffman says: "It’s been fun between me and Carl.")

Indeed, elements of Nadal’s go-from-the-gut style still haunt MDC. There is, of course, the ongoing SEC investigation. (Kauffman declined to comment.) There may also be foundering investments that now find themselves thrown back into the water.

"Miles’ track record of acquisition is unmatched. Just stellar," Kauffman says, "He understood where the line was and was able to get right up to it. The results we have today are in large measure because of that willingness to take those risks."

But are there companies in which MDC now has to divest? "It's a portfolio," he continues. "We have announced that we're all about making sure that we stay focused on the mission at hand, and that from time-to-time we will divest ourselves with properties."

Still, it’s Kauffman’s show to run now, and he’s clearly having fun. And that’s the story he plans to tell.

"In every way we measure ourselves, we're better today than we've ever been," he says. "There was no disruption at all."

Poll: Would you rather work for an agency lead by a creative?

The unexpected win: Surviving a year in new business

Three years in, one CEO's lessons

Miles Nadal to repay another $12.7M to MDC

Nadal steps down as CEO of MDC