McVitie's will evolve its advertising from the emotional resonance of its "Sweeet" campaign, to a messaging built around purpose, in a new campaign set to land next year, the top marketer of parent company Pladis has said.

The campaign, created by Grey London and launched in 2014, was credited with turning around the fortunes of the biscuit brand. 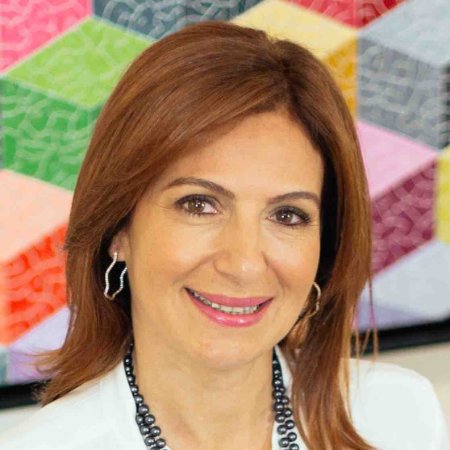 Speaking to Campaign, Pladis’s global chief marketing officer, Lale Saral Develioglu (right), said that the "Sweeet" campaign was the first stage of moving beyond simple, functional marketing, by associating biscuits with the emotional qualities of the moments in which they were consumed – but the brand now needed to go further.

"Biscuits are simple products, but what we see is they’re such important parts of the everyday lives of consumers," Develioglu said.

"Now, we need to go even a step further, because consumers, especially millennials, are looking for purpose-driven brands."

Develioglu confirmed that Grey London was working on a new campaign due to be launched at an as-yet undetermined point in 2018, but would not be drawn on how exactly the brand would seek to become purpose-led.

"What I can is that the aim is to maintain the emotional link, but bring this purpose-led brand vision into the company," she said. It does seem, though, as if the purpose will stay down to earth, and closely relevant to the product.

"I love that our chairman and everyone says: we are bakers and chocolatiers," Develioglu said. "The moments when our consumers are using [our products] are immensely powerful. We need to somehow reflect this in to a  purposeful position."

Since we cannot outspend, we must outsmart

McVitie’s is one of three priority brands for Pladis, each of which it wants to grow to a sales value of at least £1bn by 2021. Another is Turkish biscuit brand Ulker – but the biggest and most ambitious is upmarket chocolate brand Godiva, which has just launched in Sainsbury’s and begun its first major ad campaign, created by CHI & Partners and directed by Rankin.

It’s part of a range of activity for the brand, including a chocolate banquet, created with Gingerline, and a cinema advertising and concurrent sampling campaign in Everyman cinemas.

Moving into supermarkets without hurting the brand’s ultra-premium credentials posed a certain level of challenge Develioglu admitted, but she said: "It’s much more difficult to premium-ise a mass brand. So in that sense we have a very nice task in our hand – we’re trying to democratise luxury."

All of the strategy for the brand was based around experience, she said. "We’re coming into a market where we already have established players, so we need to be very smart in how we do our marketing and communications. Since we cannot outspend, we must outsmart.

"We’re being very selective with the details of the media planning – we’re advertising in cinemas for example, but only with Everyman.

"We are aware that our target consumers are all the time on mobile, so we need to make sure our content is tailored to mobile – even the narrative structure. I think this is something that all marketers are now adapting to – consumers are moving faster now that the marketers."

Why McVitie's chose animation over live action in new ad

Volvo pulls out of Channel 4 disability competition after winning ?1m of free airtime