McDonald's is seeking to extinguish rumours about its food with the launch of the most comprehensive quality and provenance campaign in the brand's 60-year history.

McDonald's HQ is bustling at lunchtime, thanks to the life-size 'Maccy D's' on the ground floor, where employees can be seen carrying lunch trays laden with McFlurrys, chicken strips and even the occasional salad.

There is a weighty coffee-table book in reception dedicated to the business's global charity efforts, the pages of which showcase the Ronald McDonald charity houses established around the globe, from Texas to Argentina.

With an absence of information, myths start building up - we’re progressing our approach to directly tackle them

The word ‘compassion’ is mentioned at least seven times in the book's opening spread – but McDonald’s is a giant that some critics have little love for.

The dark side of being a global success story means McDonald's has consistently ended up as the whipping boy for everything from obesity to the unsavoury aspects of mass-farming and food production.

Among the rumours swirling around include the widely disseminated story that chicken nuggets are made out of ‘pink slime’, rather than chicken, its fries aren’t made from potatoes and it doesn't use real beef in its burgers.

Scroll down to watch video interview

Are chicken nuggets really made out of pink slime?

McDonald's is on a drive to combat the gossip with the most "significant" quality and provenance campaign in its 60-year history, Marketing can reveal.

On Sunday (27 September) during ITV's The X Factor, the brand is launching a TV spot that will run in three ad breaks in a major, "spectacular" show of transparency.

"We're about to launch what will be our biggest investment ever in communicating the quality of our products and we're doing it under the banner 'good to know'," explains CMO Alistair Macrow.

The campaign will show how McDonald's makes its chicken nuggets from chicken breast meat and fries from British potatoes. In addition, the fast-food chain's 'purple cow' spot, which first ran in May and highlights its beef burgers are made from whole cuts of meat, will be repeated.

There will also be digital and social activity, with vloggers and a 'mum' invited behind the scenes of the supply chain to "investigate" and see the way the food is prepared and cooked. Content will sit on a dedicated online hub that launches today. 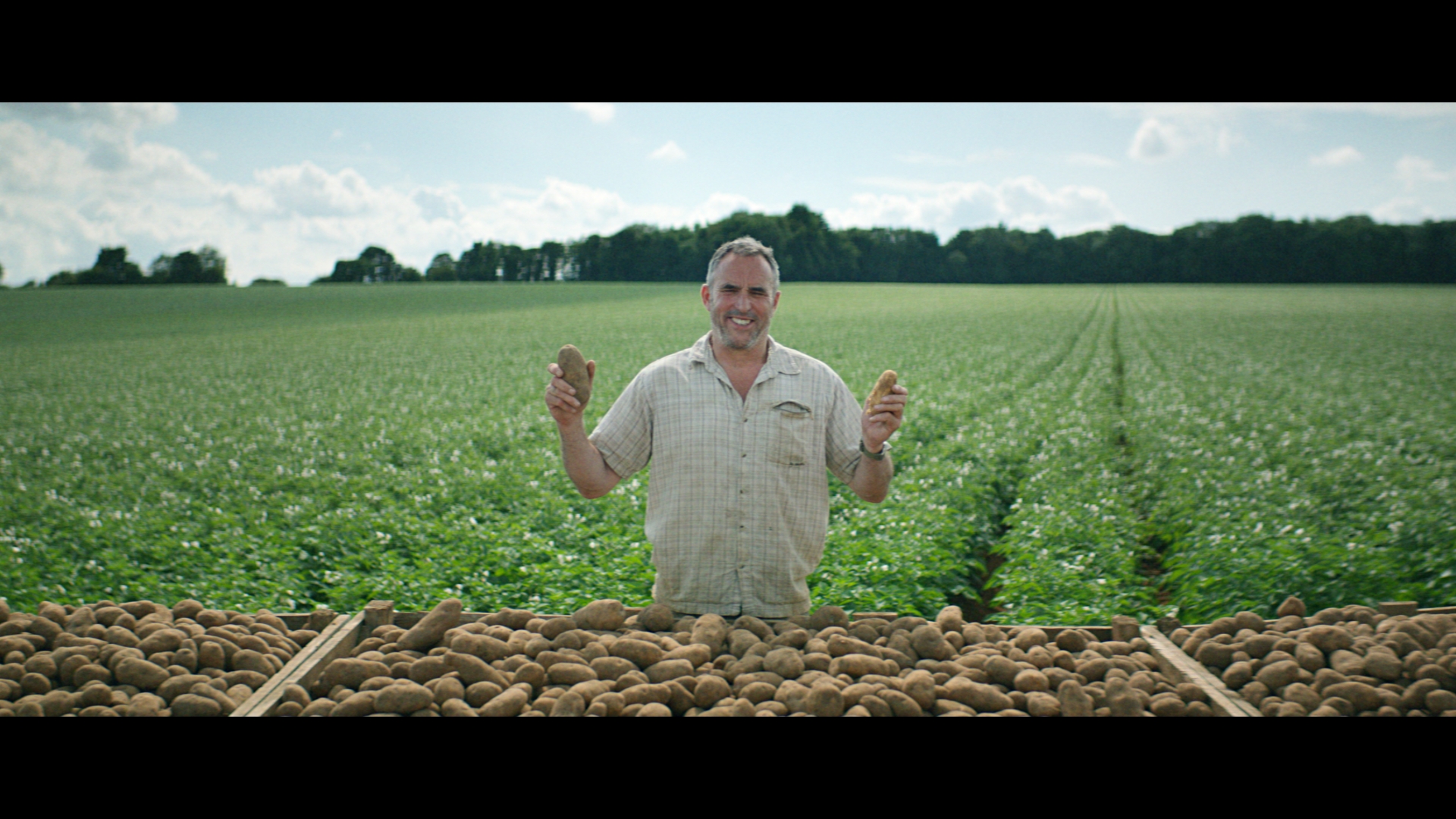 The aim, which Macrow describes as "confident, rather than brave", is to fill the vacuum of knowledge about how McDonald's manufactures food, and present the brand as more transparent. The goal is also to make parents feel better about allowing their children to eat the food.

It will target people who already eat McDonald's (it caters to 90% of the population in a year, claims Macrow), but don't always feel good about it.

A decade on from Supersize Me

"One of the challenges of being a large, global corporation is it’s more difficult for people to get visibility – That’s why transparency is a huge part of our strategy," he says.

He adds: "There are some quite frankly crazy, daft stories out there about our brand." These, claims Macrow, have been exacerbated by social media.

McDonald’s is no stranger to criticism and it is clear that the campaign aims to reset a history of consumer misunderstanding and concern.

Just over a decade ago the brand faced a particularly challenging time, which culminated in a backlash brought about by documentary Super Size Me, a documentary that aimed to show the unhealthy side of eating McDonald's every day for a month.

Macrow admits that 2004, the year the film was released, marked somewhat of a tipping point for the brand, prompting it to accelerate the work it was doing to make its menu healthier and improve ingredients. It has since taken significant strides to move away from that image – adding farm-assured meat, free-range eggs and organic milk, reducing the salt and sugar in Happy Meals and including nutrition information.

"That period in time was undoubtedly a challenging one for the brand here in the UK. Super Size Me was one of a number of things being thrown at the brand and it was from that point we saw the most progress," he says.

"We had started a journey [already] with the reformulation of our food... and it made us look closely at what our customers really wanted.

"It wasn't the commentary or films themselves [that enacted change] – they were a stimulus to make sure everything we were doing was for our customers and not ourselves."

Eleven years on, millennials are an even more discerning consumer set than ever. They are characterised as hyper-aware ‘foodies’ that show interest in ingredients as a badge of honour.

"Millennials have more interest in the quality of food than ever before. Probably 10 years ago it really wasn’t on their agenda, today it’s front of mind," adds Macrow.

Talking up the quality and provenance of food helps connect with that audience who will share rumours such as ‘pink slime’ because they are "fun" and people "want to believe it."

However, McDonald’s is changing more than its marketing and communications approach to reconnect with this new, modern consumer mindset. Concern over food quality is not the only potential barrier to growth.

The explosion of casual-dining chains has shifted the fast-food dial. Competitor brands – all the way from Nando’s to Chipotle and Byron – are positioned around freshness and choice, which threaten to outmanoeuvre traditional brands.

For its part, McDonald’s wants to become "progressive and current".

To modernise, it is investing significantly in the future of the in-store environment, with a three-year "experience of the future" initiative, which will upgrade its estate of 1200 stores and pilot innovation. This will include "ordering boards", in-store iPads and self-service.

The brand is also trialling table service and menu personalisation at a handful of restaurants (where consumers can order a burger without gherkins, for example) to test whether consumers take to it. If they do, all initiatives could be rolled out nationally, explains Macrow.

Personalisation – the ability to pick and choose what goes into your burger – is cited as a particularly important initiative tailored to millennials who "don't see the need to be fixed into what a corporation wants them to do in the same way we did 20 years ago", he says.

In a clear homage to the trend for more adventurous, spicier and ‘authentic’ flavoured foods, McDonald’s is also relaunching its wraps as 'Big Flavour wraps' next month, adding a BBQ pulled pork and coleslaw, and peri-peri variants to the menu for the first time.

McDonald's will be hoping millennials will judge the brand afresh, infuenced by the brand's messaging rather than the internet horror stories of the past.

Can table service and 'gourmet' burgers bring the lustre back to McDonald's?

McDonald's to roll out table service at 400 UK restaurants... and more

McDonald's: we don't use fake eggs in McMuffins

Would you eat this spooky black Halloween Burger King?

From single parents to farmers: the best McDonald's ads of all time