McDonald's had no choice but to withdraw its now infamous "dead dad ad" after it provoked fierce criticism from the public and bereavement charities, the brand's top UK marketer has said.

Speaking at Campaign’s Media360 conference in Brighton this morning, the brand’s senior vice-president, chief marketing officer, Alistair Macrow, defended the decision, despite growing evidence that the ad has polarized viewers like few others.

An audience member, who had recently lost her husband, watched the ad with her son, and had appreciated its message, challenged why McDonald’s had not "stood its ground."

Kevin Chesters, chief strategy officer at Ogilvy & Mather, wrote yesterday in Campaign that the ad had got it right—while others have also criticized the backlash. 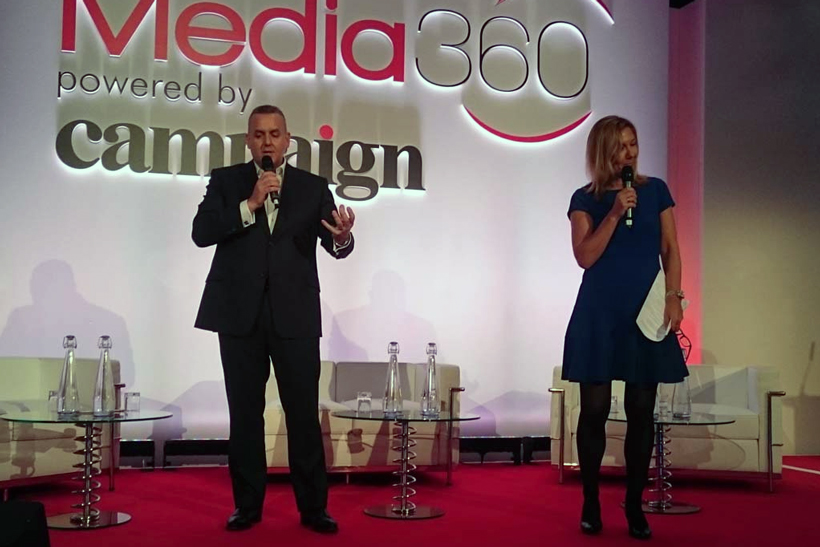 But while Macrow acknowledged that some viewers had appreciated the depiction of bereavement, he said the upset caused had to be the first priority.

"The public and a bereavement charity took to Twitter," he said. "They told us very clearly we’d got it wrong, that the ad was inappropriate, that we’d caused upset.

"And it’s no good listening if you don’t take action. That’s why we apologized straight away and pulled the ad from air.

"We appreciate a number of people found the ad very appropriate, but we’re not in the business of making advertising that upsets our customers."

Be the change you want to see in your marketing

Macrow addressed the elephant in the room at the end of a talk about the transformation of the McDonald’s brand over the past decade, under his leadership and that of his predecessor Jill McDonald, who was promoted from chief marketing officer to UK chief executive in 2010.

Since Macrow joined in July 2007, the brand has undergone a number of significant changes—all of which have stemmed from a core objective of growing consumer trust, Macrow said.

In the middle of the last decade, he said, "Our business was under real threat. Our brand was on the wrong end of the emerging public health debate, and our trust scores we so low that anybody could say anything about our brand."

This problem, he said, had to be tackled in two stages: "You cannot just use communication or smart marketing to escape a low trust environment. You have to make changes before you can talk about them."

That meant in order to overcome negative perceptions about the quality and health credentials of McDonald’s food, the ethical practices of its business and the experience of its restaurants, it had to make material changes, he explained.

These moves then allowed McDonald’s to start talking about these issues in its marketing without suffering a "fundamental disconnect."

"Only after working hard at fixing the fundamentals did we create advertising focused on building brand trust," Macrow said. "Knowing where your story is strongest, where your competitors cannot match you, that’s where you want to shine your light."

McDonald's CMO: 'We suffered from fake news long before Trump'