The move is set for 2020, with 11 agencies moving to the former RBS building.

McCann Worldgroup has announced plans to relocate 11 of its agencies to a single site in a former Royal Bank of Scotland building next to Liverpool Street station in London.

The group will occupy levels five to nine in the building on the site of the former Broad Street station that is currently undergoing extensive redevelopment by owner British Land. The lowest two levels are set to become a branch of Italian food marketplace Eataly.

Speaking to Campaign on a visit to the site, Mark Lund, chief executive of McCann Worldgroup UK, said the relocation was intended to help spark better collaboration between agencies.

"When I came in four years ago, the brief was to take a series of agencies that weren’t working together particularly closely and make them into something much more cohesive and collaborative," he said. 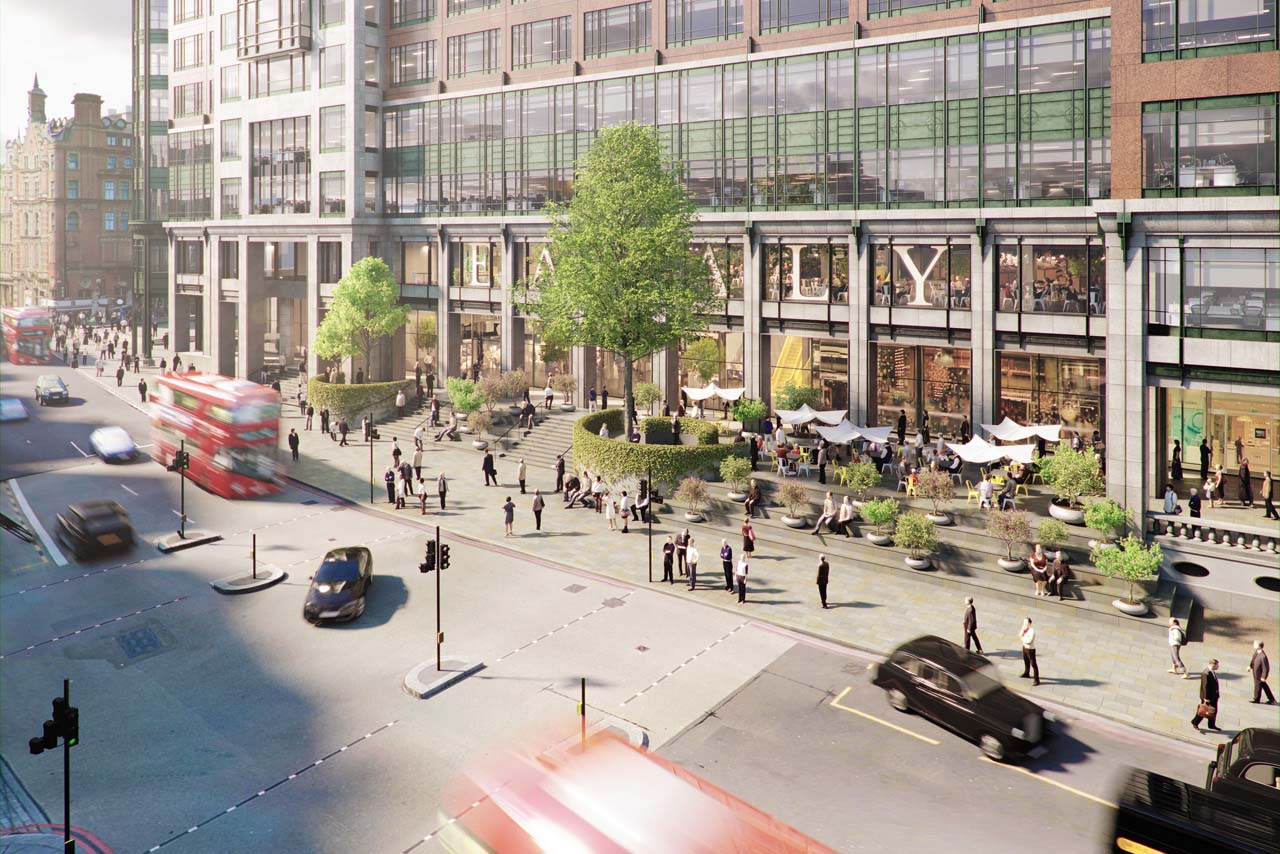 A rendering of the building when it opens

"Clients want better integration, more collaboration of experts in different channels, working together. We were very fortunate that the lease on Herbrand Street [where McCann London is based, along with some smaller agencies] came up at the same time as that of Bankside [MRM McCann's current location]."

Being co-located, Lund said, helped create "more opportunities for people to literally run into each other – what architects call productive collisions".

Lund and his colleagues settled on Bishopsgate after an extensive process led by Stephen Guy, chief integration officer at McCann Worldgroup. Guy was shown 28 possible spaces by JLL London.

Perhaps unsurprisingly for a 1980s former bank building, its merits were not immediately apparent, Lund said: "Back then, it felt like a warren of small, rather fearful spaces." But he gradually became convinced that the shell of the building could be adapted into the kind of "fearless" space the company needed.

Not just an architect's idea of an agency building

A key criterion was that it provided space for the agencies to interact as much as possible, but at the same time allowed each to retain its own character, Lund said.

He explained: "You want people to feel that their own individual identity and tribe is important, but you want them to feel part of a bigger movement at the same time." 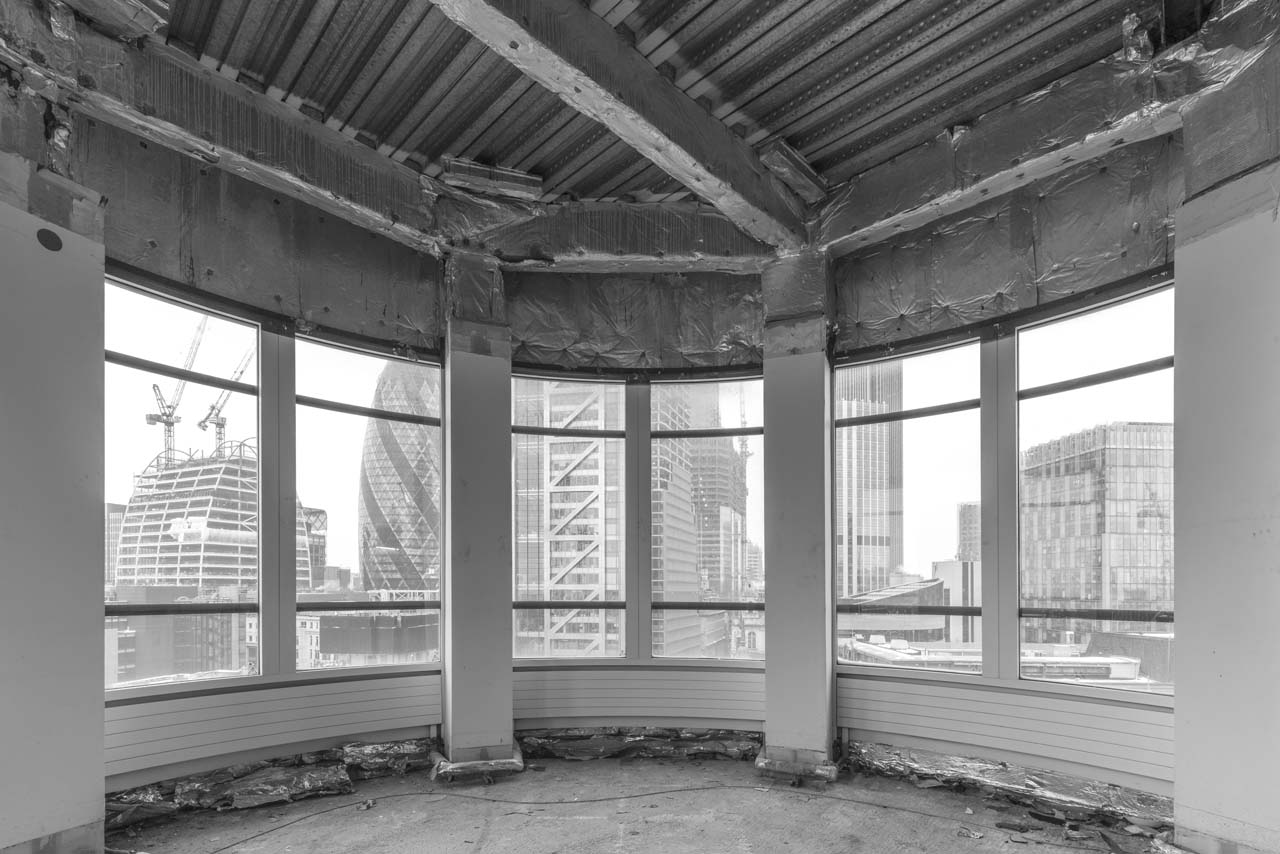 The corner of the building features a turret structure

To facilitate this, McCann is converting a large closed lightwell-type space into an open atrium with a staircase around the outside that connects each floor. An indoor balcony that was previously part of a private office will also be opened up, connecting three floors.

McCann is working with architecture firm Gensler, while Gardiner & Theobald is managing the project.

Each floor has slightly different architectural features, which Lund said was important to creating an environment in which every part of the group felt valued.

Nicky Bullard, chairman and chief creative officer at MRM McCann, said the process of designing the building’s interior had been a collaborative one involving people from all levels of the group.

"To have a building like this which we can imagine the way we want it is fantastic," she said. "This will really feel like us, not just an architect’s drawing of what an agency should look like. The buildings we’re in at the moment are really iconic – so it’s good to move somewhere else that wouldn’t naturally seem like an agency building."

Alex Lubar, chief executive of McCann London, added: "The input of people at all levels is critical, because everyone feels like they own it then." 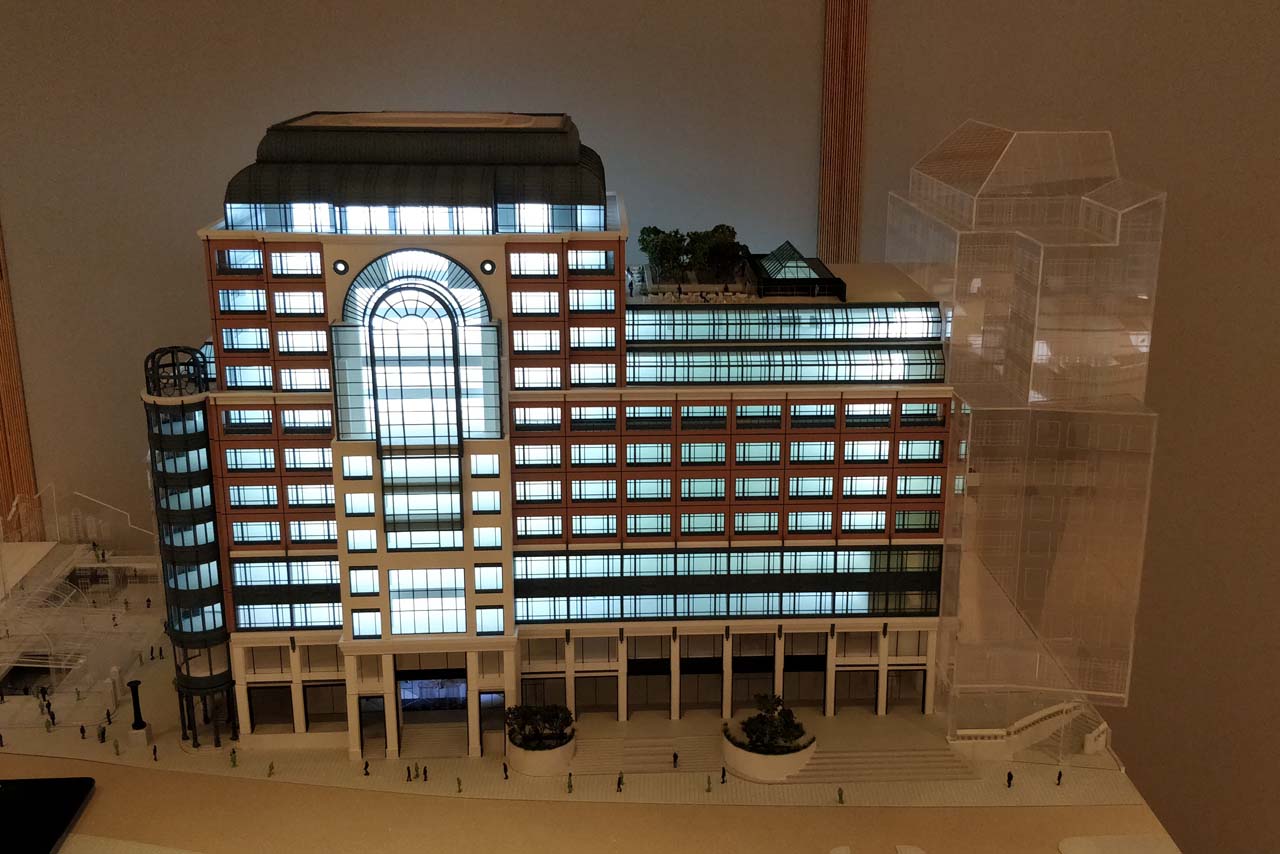 An architect's model of 135 Bishopsgate

Mixing with the hipsters, bankers and coders

The area was attractive, Lund said, because it was on the boundary of the City, Shoreditch and Spitalfields – the confluence of money, technology, art and history.

According to Lubar, the location is also beneficial for attracting and retaining talent – a serious consideration for any business planning a move. "If you go 30 and under, everybody’s living out in the east, so you have the least risk of losing people and the greatest chance of creating excitement," he said.

The decision to move into a former RBS building recalls Omnicom’s 2015 relocation of the majority of its UK operations to the bank’s former offices on Bankside – a process that few involved are likely to say was pain-free.

According to Lund, the key difference for McCann is time. "It’s the luxury we have that Omnicom didn’t have – that was an opportunity they had to seize and had literally a few months to prepare people for what was going to happen. 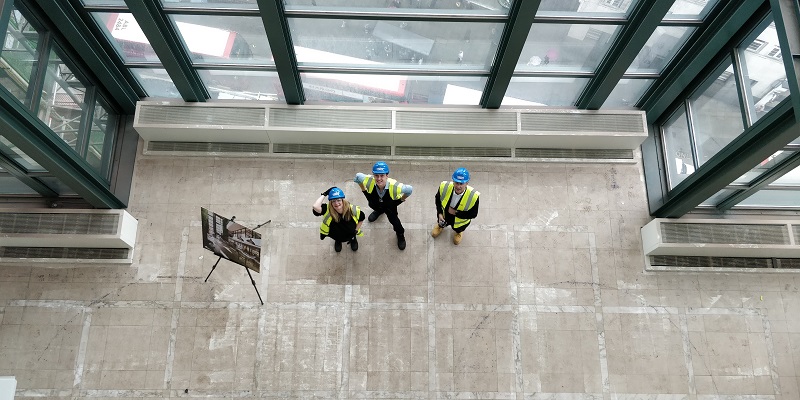 A view from the internal balcony

"We’ve been publicly talking about this process for two-and-a-half years and we’ll have the whole of next year to get people feeling good and familiar with who they’re going to be working close to."

UM was not part of the plan because its lease in St John’s Square was not up for a further two years, Lund said: "But after that, if we can get them close, that would be great."

Lund wouldn't comment on how much was being invested in the new office, but said: "This isn’t a cost-saving exercise for us – our investment is commensurate with building a new home for the next 15 years of which we can all be incredibly proud."

One vehicle, many engines

Speaking a week before the news about Engine had emerged, Lund was clear that this kind of approach had not been considered by McCann. "I think personally the model that we’ve got is the best in terms of keeping those individual brands," he said.

"The downside of going to one monolithic identity is you lose a lot of that individual local pride and specialism. The danger is they’d feel that that individual expertise is being devalued. You lose that personal identification and pride at your peril."

Mark Lund to replace Chris Powell as chair of Asbof