A push into content marketing is indicative of how Mattel is trying to navigate changes to the media landscape.

This is particularly pressing given how young Mattel’s audience is – there’s little point investing millions in TV ads if five-year-olds are always watching YouTube on the family tablet.

In the UK, content marketing spend is predicted to more than double by 2020, rising to £349m. The report, from Yahoo and Enders Analysis, cites the maturation of online advertising and demonstrably improved audience engagement as contributing factors.

"It was recognising the consumer demand for a content-first approach, where children really expect to see their toys come to life," Balsam-Schwaber said about her role. " Or learn about the things they might want to buy through content."

Mattel, whose biggest brands include Barbie, Hotwheels, Monster High and Thomas the Tank Engine, is focused on a "ubiquitous content strategy", said Balsam-Schwaber, one that targets children and parents via ads, a film or an app.

At the time she spoke with Campaign, Balsam-Schwaber had only been in the job six months and was unable to talk about new projects.

But she pointed to the "Imagine the possibilities" campaign for Barbie, which centred on an unscripted online video of little girls pretending to be professionals in real-life settings. In one example, a little girl walked to the front of a lecture hall to teach a class of distinctly grown-up students.

Created by BBDO San Francisco, the campaign won a silver lion in the Cyber Lions category at Cannes. "It was conceived as a digital-first initiative that gained so much traction that we brought the campaign to air," said Balsam-Schwaber.

Aside from ads, the content division is responsible for unboxing videos and apps. The former is a hugely popular format for young children, who love watching new toys being unwrapped on film, or unboxed.

Content isn’t just limited to video either. It could span new technologies such as virtual reality, augmented reality and even artificial intelligence, such as Mattel's AI-powered doll, Hello Barbie.

The doll uses speech recognition to have a two-way conversation with children. It has been criticised by privacy groups and reviewers on Amazon have highlighted problems like a malfunctioning charger station but it has generated huge hype. 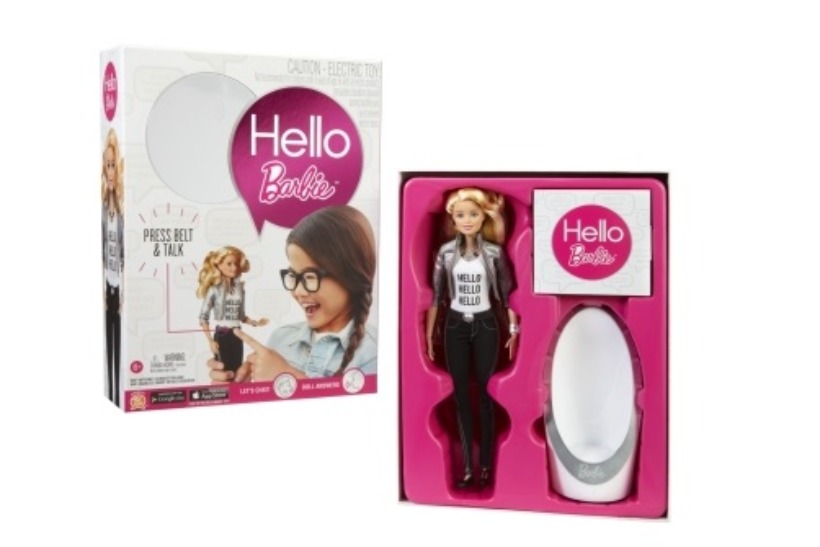 A Washington Post article earlier this year revealed Silicon Valley employs poets and scriptwriters to imbue robots like Siri with a personality. In the same vein, could AI Barbie become another form of content marketing?

"Absolutely," said Balsam-Schwaber. "You begin to think about all of these components coming together. I’d put VR, AR and all of that in [the same category as] delivering content wherever consumers are right now.

"As they are ready for more AI or VR or any tech-based product, we want to be there to connect with them in the right way."

A holistic content-based approached is not without its challenges. Speaking earlier at an event hosted by iProspect, Balsam-Schwaber suggested media agencies and brands need to rethink the way they partner.

"It can’t just be, ‘I’ve got my programmatic level, my TV level, now go and drive ROI, see you later,’" she said. "Everything has to change, if we want to be able to talk to our segment of one."

Mostly brands only accessed a "fraction" of what media agencies were capable of, she continued. "You can get lost down the funnel of calling up and saying, ‘I need programmatic’, instead of asking how you’re holistically going to create a partnership to connect with consumers over five to ten years.

"With rapid change, it takes all of our collective knowledge to be able to test and refine how we’re putting our consumer first."

This has not always come naturally to agencies, acknowledges Misty Locke, iProspect’s global chief marketing and performance officer. The balance between providing strategic vision and giving specialised knowledge is often hard to strike.

"We as agencies have to become more comfortable with becoming open source with our ideas and dialogue," she said, concluding, the goal is to drive a better outcome for the client, rather than own a particular aspect of an account.