Subliminal advertising has, historically, occupied a legal grey area, not least because it's not clear when hidden messaging might be coincidence or simply 'pareidolioa' (the phenemonon of the mind perceiving a familiar pattern where none actually exists).

But the murky marketing waters are not only populated by tinfoil-hat wearing conspiracy theorists, as some cunningly crafty marketers have indeed intentionally set out to influence their audience by hidden means.

The first reported subliminal ad was from 1947, spotted on a twirling sign urging viewers to buy war bonds in a Daffy Duck cartoon.

The effectiveness of subliminal advertising is still up for debate and it's been illegal in the UK, America and Australia since 1958.

The definition of subliminal advertising is quite broad. By one definition, it is: "The use by advertisers of images and sounds to influence consumers' responses without their being consciously aware of it."

Marlboro - a blur of ingenuity

When the EU banned tobacco advertising in July 2005, Marlboro was a sponsor of Ferrari - one of the most successful Formula One racing teams. Keen not to lose out on the visibility of this lucrative partnership, the cigarette brand decided to make the most of a legal loophole.

Forbidden from plastering the car with the Marlboro logo, the brand opted to stamp a rather peculiar barcode on Ferrari's racing cars.

At first glance, this may look like an odd decision, but the barcode bore more than a passing resemblance to the Marlboro logo when flashing past F1 spectators at home and on the track.

A glistening Coke bottle surrounded by ice and sporting the tagline 'Feel the curves'... what could possibly be wrong with this image?

Launched in the mid 80s in south Australia, the more suggestive elements of the image went unnoticed for a number of years.

It was eventually spotted by a driver stuck behind a lorry sporting the ad. The driver noticed that one ice cube appeared to hide the image of a woman performing a sex act.

After its discovery, Coca-Cola, apparently oblivious to this visual allusion, promptly scrapped the advert and launched a complaint against the artist, who soon after lost his job. 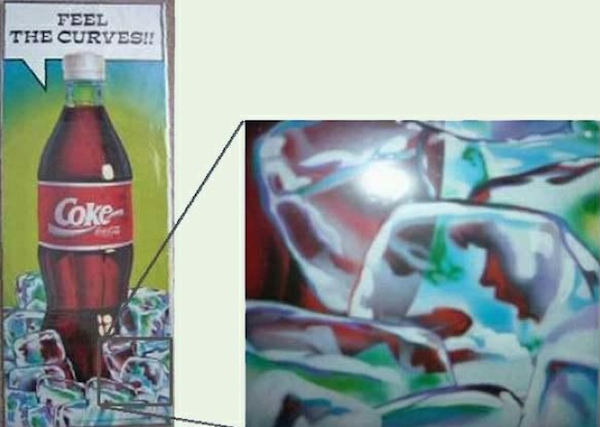 Yellow Pages - a turn of events

Below is an advert found for a flooring company in the Yellow Pages, with the tagline 'Laid by the best'.

While this could be read as innocent or a brazen double entendre, there is little doubt of the advertiser's intention when the image is rotating 180 degrees.

The UK science fiction magazine SFX has become well known for partly covering up its title lettering, so at first (and second, and third) glance you would be forgiven for thinking the magazine consisted of racier content. The effect often seems to coincide with a beautiful actress appearing with the cover.

BONUS: Disney's Lion King was also put into the spotlight as a freeze frame moment showed what appeared to be dust forming the word SEX , but now the widley accepted opinion is that it actually spells SFX, and was added as an easter egg by the SFX team, though nothing has ever been confirmed. 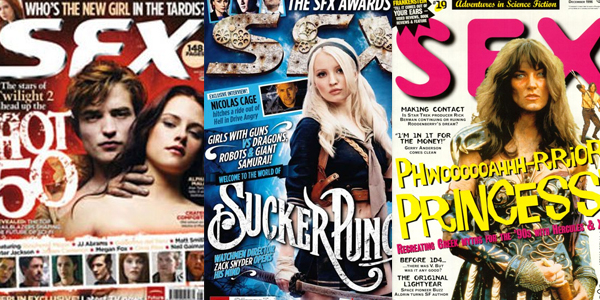 KFC - all about the green

One would expect to see the late US president George Washington in many places, from statues, to town names, on the side of a mountain, and on a dollar bill, but not on a dollar bill sneakily placed within the lettuce of a chicken burger, which is where he was sighted in 2008 in a KFC ad.

KFC reportedly claims the dollar bill was placed there as part of a contest, offering $1 coupons to the first 1000 people who found the note, yet viewers were not even aware of a contest, so how could they enter?

Conspiracy theorists assume that KFC wanted the viewer to assisioate a dollar bill with the a KFC Snacker burger - but it's all speculation.

What do you think?

Did we leave any out? Let me know in the comments below.

Axa to sell off €1.7bn tobacco investments as government anti-smoking moves march on

Five tips from top marketers on getting ahead in your career

Coca-Cola tries and fails again to trademark its bottle design

Product placement: you're doing it wrong