Presenting the shortlist for The Marketing Society Marketing Leader of the Year 2015, in association with Marketing.

The winner, voted by our readers and members of The Marketing Society, will be announced at the Society's Awards for Excellence on 4 June at the Artillery Garden, HAC, London EC1. Read on and cast your vote for one of the eight nominees by 5pm on Friday 22 May.

Click on the images to read about the nominees

As a Diageo veteran and former marketing and innovation director for the drinks company’s Western Europe division, it’s probably no surprise that Barwell’s first product innovation at Britvic has been a big hit. But what is impressive is that Barwell and his team have created a new growth opportunity in a mature market by learning from the technology industry.

Squash’d, Robinsons’ super-concentrated, pocket-sized squash product, launched a new category worth £15m in a stagnant market. This grew the Robinsons brand by £8.5m in less than 12 months and was voted Drinks and Beverages Product of the Year 2015 by consumers.

Meanwhile, look out to see what Robinsons does at this year’s Wimbledon, which marks the brand’s 80th anniversary with the tennis championships.

It’s not easy being the marketing director of a bank in the wake of the Libor scandal. Customer trust was in tatters, but Bennison’s commitment to rebuilding Barclays’ reputation is beginning to pay off.

She launched the ‘Your bank’ campaign, encouraging people to suggest ways in which Barclays could improve its services – provoking more than 4,500 recommendations. It was a brave initiative that sent a strong signal that Barclays wanted to learn from its mistakes.

As is always the way when you’re rebuilding a brand’s reputation, much of the work is about boosting internal, as well as external, confidence. One of Bennison’s flagship initiatives is ‘Digital Eagles’, intended to help customers and staff benefit from the digital revolution. 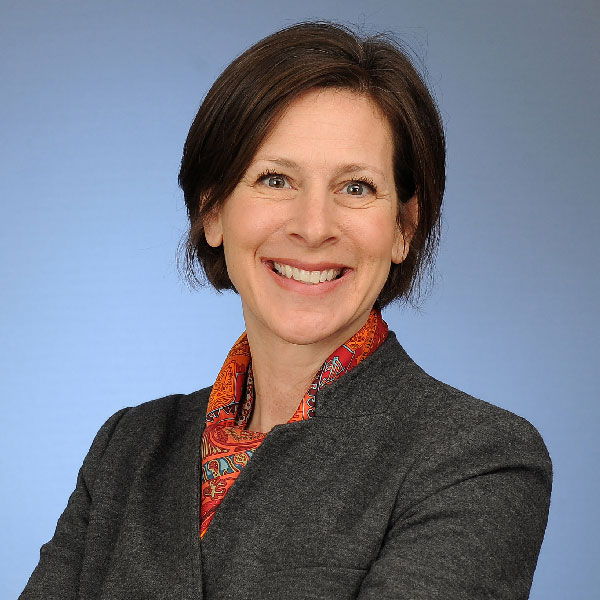 Bibby has more than 20 years of strategic marketing experience, including board-level positions and extensive international leadership roles at Barclaycard, among other businesses. Since joining Telefónica in 2013, she has developed the O2 Priority Moments loyalty scheme and marketing into a force of its own.

Most recently, O2 launched the most significant campaign in its 20-year sponsorship history. ‘Wear the rose’ was a call to arms for the entire country to get behind the England Rugby Team. The emotive campaign moved sports sponsorship on from its old-fashioned ‘blood, sweat and tears’ outlook.

Bibby also oversaw the introduction of a next-day delivery service last year, and is trialling ‘click-and-collect now’, which allows customers to order a new phone online and collect it from a store immediately.

No one should face cancer alone – this was the compelling insight behind Macmillan Cancer Support’s repositioning under Cross’ leadership. The campaign boosted awareness and deepened relationships, with fundraising income jumping by 22% to £187m in 2013. The charity was named The Marketing Society Brand of the Year 2014.

Cross is not afraid to tap into the zeitgeist, successfully piggybacking the #icebucketchallenge to raise £4.5m for Macmillan. Meanwhile, the charity’s Today initiative enables regular donors to discover (by text) how their money has been spent on a date of their choice.

Cross has been at the heart of Macmillan’s transformation for 13 years, supporting the 1000 people who are diagnosed with cancer each day in the UK.

As Diageo’s global marketing chief, Saller is at the top of her game inspiring other marketers with her strong leadership and marketing skills.

Standing on the shoulders of giants such as John Walker and Arthur Guinness, she is responsible for more than 400 brands across 180 countries and sits on Diageo’s executive committee.

In 2014, Saller and her team had to work hard to stay motivated and ensure Diageo’s award-winning marketing continued to drive growth in a tough environment. Highlights include the launch of Haig Club, a single-grain Scotch whisky developed with David Beckham and Tech Ventures, which looks outside Diageo to solve core business problems.

Saller places innovation at the heart of marketing after eight years as global innovation director.

Everything is awesome for Snell following The Lego Movie, an unlikely toast of the cinema box office and probably the greatest product-placement movie ever made. The film cemented the resurgence of the Danish toy company’s fortunes, contributing to a 13% increase in sales.

In the UK, the movie was successfully promoted by recreating popular ads for the British Heart Foundation, Premier Inn, BT Infinity, and Confused.com with Lego characters as the stars.

Less than 10 years ago, Lego was in the doldrums with predictions that computer games would sound its death knell.

Previously, Snell was global brand director for Bacardi and responsible for the launch of Bacardi Oakheart, its biggest-growth product in 2011.

Stead is a man on a mission – determined to rebuild trust in the energy sector and fighting the good fight against climate change from within.

Despite continued bad press for the energy sector, he is determined to reinvent EDF as a consumer champion. His launch of a low-carbon, fixed tariff made front-page news in The Sun and his two-year-old ‘Feel better energy’ campaign is still going strong.

Since joining EDF from Procter & Gamble in 2008, Stead has launched a series of initiatives to rebuild trust within the industry. These include ending termination fees, trying to keep prices down with fixed-priced deals and pushing for greater transparency through the creation of a single unit price for energy – like the one at petrol stations.

Although Warner now heads European marketing for recruitment company Monster, having joined the business last August, he has been nominated for Marketing Leader of the Year for his previous work at Expedia.

There, he overhauled the travel firm’s positioning across 12 European territories and rolled out the brand into new markets including the Netherlands, Spain and Ireland.

On his watch, Expedia was nominated for Marketing Society Brand of the Year in 2011 and 2013, as well as winning a Cannes Lion for its ‘Travel yourself interesting’ campaign in 2014.

Over this time, Expedia grew market share and reclaimed its place as the UK’s favourite travel agency. This, along with the way Expedia steered away from travel-marketing clichés, marks an impressive legacy.

To vote, visit marketingsocietyawards.com/leader2015 Have your say on Twitter: tell us who you are voting for @TheMarketingSoc and @MarketingUK #msocawards

Relentless march of ad toys sees Confused.com jump on it for assembly-line spot