Livestreaming app Meerkat launched earlier this month, and is already causing waves among the tech elite at SXSW.

The app allows users to livestream video to the web, primarily relying on Twitter as a method to publicise new streams. The idea is to live-stream events as they happen, and there is no cap on how long a user can keep broadcasting.

Meerkat recently hit its 100,000th user and has a number of brands experimenting with the channel. Twitter recently banned Meerkat from accessing its platform, and acquired a rival called Periscope, suggesting livestreaming video may be heating up.

When a user first downloads the Meerkat app, they are prompted to stream their own video as a first step, rather than consume someone else’s.

The interface is a little like Twitter – users are encouraged to "write what’s happening" then either stream directly, or schedule a stream for later.

Hitting ‘stream’ gives the app access to the user’s camera and microphone, and automatically tweets out a notification and link to alert followers to a new broadcast. Viewers can comment on streams as they happen. 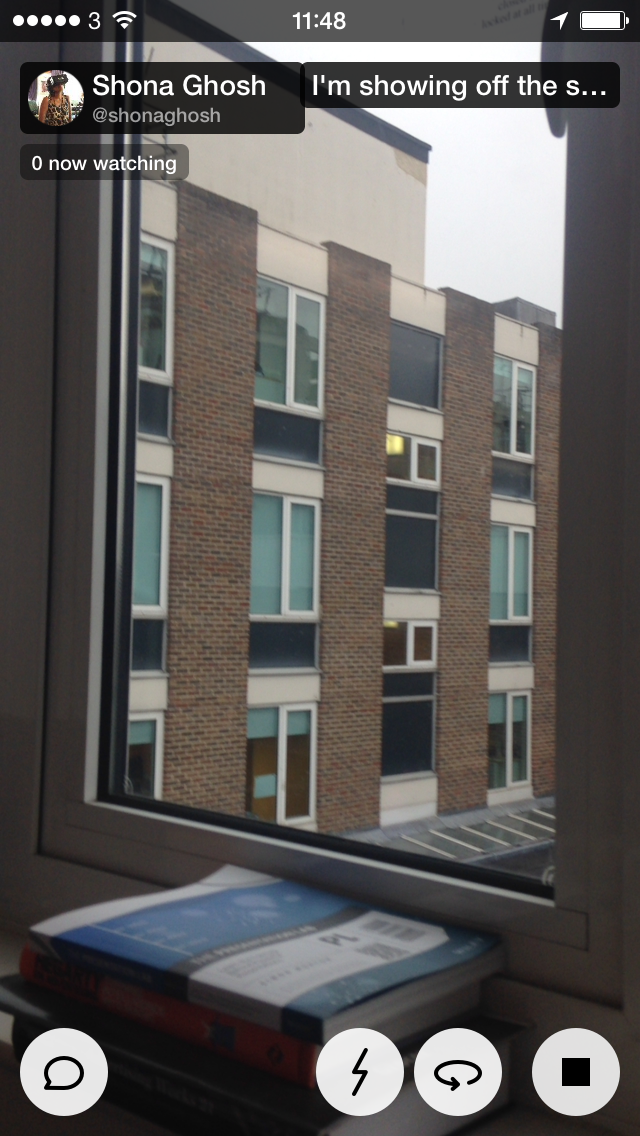 For anyone who is feeling too shy to broadcast straight off, it is possible to find other Meerkat users first.

Users can also look at the Meerkat leaderboard to find the most active users. Top users include Digg founder Kevin Rose and tech pundit Leo Laporte.

Alternatively, a search for ‘Meerkat’ on Twitter will bring up any streams that are taking place at that moment.

Meerkat is designed for influencers

It is too early to see what kind of user base Meerkat might end up with, but initial use suggests the app is designed for broadcasting to the many, rather than interaction between the few.

The emphasis is on instantaneous watching, meaning a Meerkat user will already need to have built up a considerable audience on Twitter to attract viewers to their stream. For example, skateboarder Tony Hawk attracted 300 viewers after livestreaming a stunt.

Users are also rewarded with ‘points’ on Meerkat, which will determine their place on the Meerkat leaderboard.

It isn’t clear whether users build up points through getting more followers and viewers, or simply by streaming more frequently.

And those influencers are nerds

It doesn’t necessarily bode well when the Silicon Valley elite gets the hots for a new product, because engineers and venture capitalists don’t tend to be arbiters of mainstream taste.

Meerkat’s leaderboard is dominated by white men, who largely fall into one of three uncool categories - analyst, tech journalist or entrepreneur. 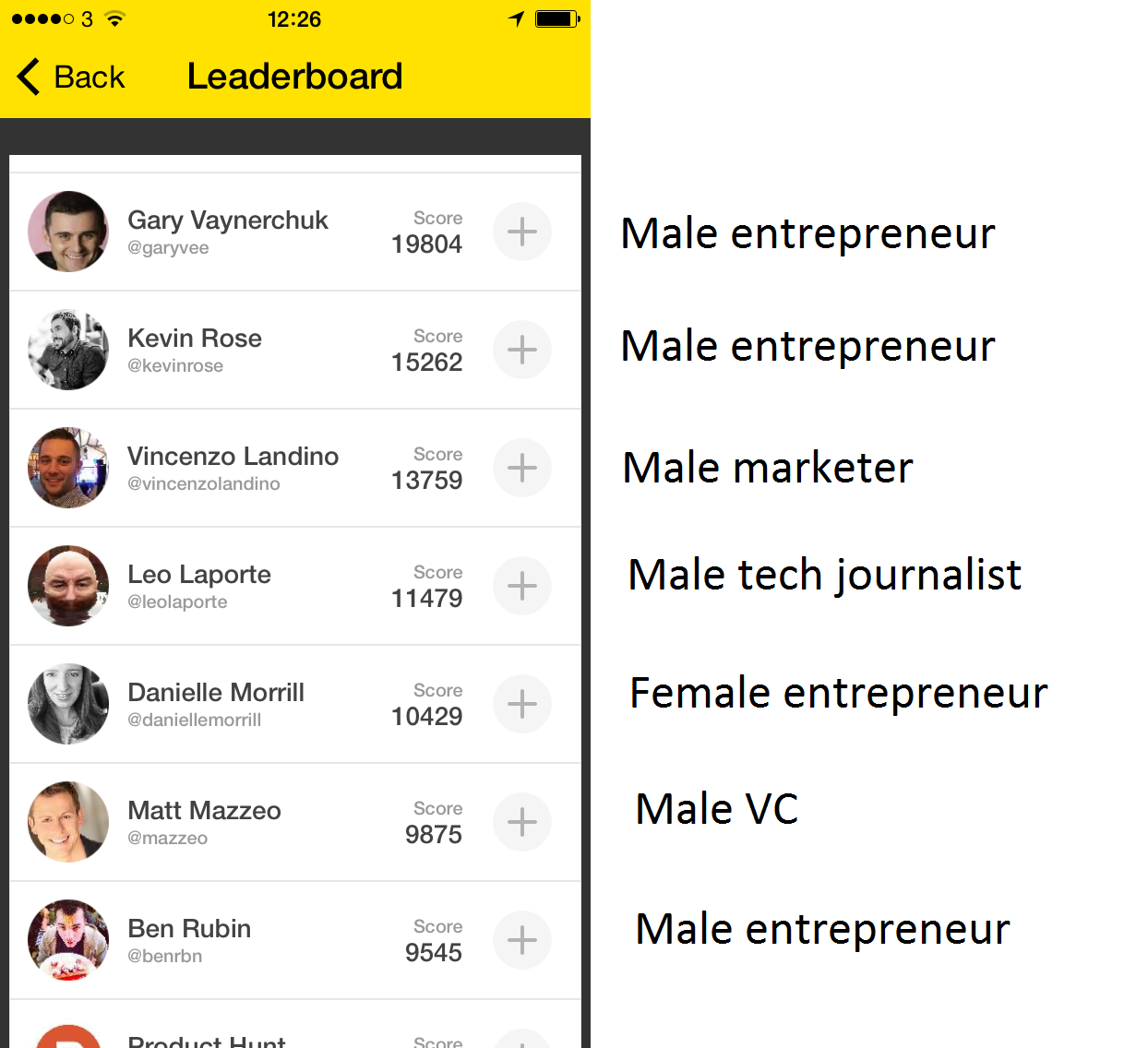 Meerkat will need to broaden its appeal if it wants to avoid the Google Glass problem and compete with the likes of Snapchat or Instagram. More than 90% of Instagram’s users are under the age of 35, according to research from BI Intelligence, with a skew towards women.

Another cautionary tale is Foursquare, which launched at SXSW in 2009 to similar levels of hype. The service began as a check-in app, but as location became standard for bigger social networks like Facebook, Foursquare has struggled to find its purpose.

Curiously, it isn’t possible to rewatch live streams on Meerkat, making the app an odd mashup of Twitter and Snapchat.

Broadcasts disappear once they are streamed, meaning that it’s a matter of serendipity if a user actually spots a livestream in time.

That also means there’s little point in following other users, since you can neither click on their profile or see what they have streamed to date.

Currently, discovering streams on Meerkat seems to be a case of searching for ‘Meerkat’ on Twitter, clicking through, and hoping the broadcast is still ongoing.

Big brands are already experimenting on Meerkat, with MasterCard the only brand featuring in Meerkat’s top 50 users. Publishers such as Mashable and Fast Company also feature.

Other brands on the leaderboard include Red Bull and MTV, and Starbucks is also signed up to the platform. Red Bull made particularly effective use of Meerkat for livestreaming events, broadcasting its Double Pipe snowboarding competition.

Can you create a 'water cooler moment' with live social broadcasting?

Periscope and Meerkat? It's time for brands to keep it real

Comparethemarket.com offers two for one cinema tickets with Meerkat Movies

Smart data, helpfulness and relationships: SXSW lessons from a marketer

Watch: learn how to #EpicStrut with MoneySuperMarket's Dave