Could brands use transparency surrounding the gender pay gap to drive action on inequality in adland?

It is difficult to overestimate the role of brands as a catalyst for change when it comes to closing the gender pay gap and improving diversity across the creative industries. Last year Diageo’s global chief marketing officer Syl Saller personally wrote to every one of the advertising and media agencies on its roster asking to see statistics on gender diversity and pay gaps. This is a move that means even companies that fall below the government mandate of more than 250 employees will be compelled to disclose their own gaps to their client.

Aside from the negative media glare that has accompanied the publication of WPP’s gender pay gap statistics last week, the growing focus of marketers such as Saller may well act as a catalyst for greater action on closing the gap in the industry at large.Ross Taylor, founder of recruitment company Hidden, says that pay gaps are perpetuated by who pays the wages. Marketers have been naturally limited to how much they can do to hold their agency suppliers to account. However, that could well change.

"Transparency can now be the catalyst for change. Marketers at big brands can prevent agency suppliers from pitching for business if their pay gap metrics aren’t good enough. If brands asked for that data and held their suppliers to a high standard, as they do in other areas, agencies would have to meet it to continue doing business," he explains.

According to Ali Hanan, founder and CEO of Creative Equals, brands have a key role to play in pushing for progress on the gender pay gap. She explains: "What we've seen in the US is that when agencies realised their clients (HP, General Mills, Verizon) start stipulating gender balance as part of their agency procurement criteria, the ratio shifted incredibly quickly. In the US, the number of creative directors now measures at 36%. We need more brands to take the stand Diageo has here in the UK. Agencies will change faster when they feel the impact where it counts the most - on their bottom line."

The impact of the gender pay gap on the employee brand

According to Taylor: "You’d struggle to find a progressive justification for a large pay gap. Anecdotally, I don’t feel like nearly enough people are asking about it. We need to encourage job seekers to ask the question the same way they’d ask about benefits packages and start dates. And to factor that answer into their decision. Because if talent takes a stand, employers have to deal with it."

Anecdotal evidence suggests that more employees are asking for data on the gender pay gap as a reflection of a company culture and its commitment to equality. Yet, while agencies and brands alike grapple with closing the gap, privately some in the industry have suggested that this is not often done by ‘raising the bar’ for women who are not being paid the same as their male counterparts.

Rosa Rolo, director at Major Players, believes that negative publicity around the pay gap will be a huge turn-off for talent. She explains: "In a war for talent, gaining parity on pay can be a great selling point for agencies and employers. Millennials are notoriously picky about where they want to work. It is important for millennials to work for companies with the right value system and social conscience. There is far greater expectation to work in a company with a strong moral compass.  Trust and transparency are important values, either for future or existing employees." She believes as awareness increases around the gender pay gap, candidates will ask questions more.

Yet despite all the talk among industry leaders on improving female ‘talent pipelines’, the advertising industry is currently facing up to a substantial retention issue. Data from Creative Equals shows that 12% of women in creative industries are looking to leave the industry in the next two years. A state of play that makes raising the bar on the gender pay gap increasingly pressing, as initiatives that take years to have an impact will not stop women opting out of the industry today.

The gender pay gap is a particularly pressing issue in London where the cost of childcare is so high; while initiatives on shared parental leave, while important, won’t gain critical traction in an environment in which women are paid less.

With this in mind we asked a selection of industry leaders if marketers should do more to get their agencies to address the gap: 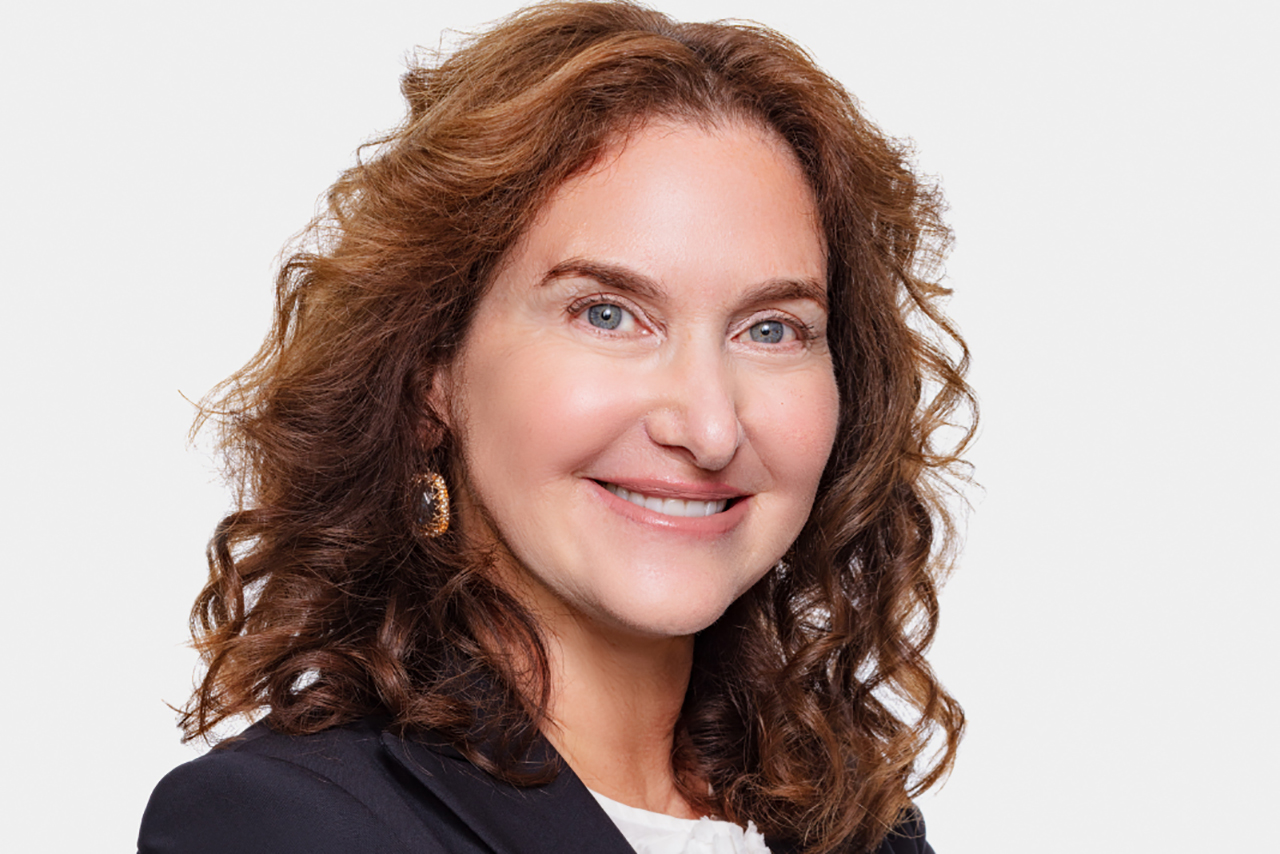 In HP’s 80-year history, the data and our own experience have repeatedly proven that diversity leads to innovation and innovation leads to success. Diversity and inclusion initiatives are embedded in everything we do.

In September 2016, HP submitted a letter to its advertising and public relations agencies requesting each submit a plan within 30 days laying out how they will increase the number of women and minorities in key creative and strategy roles in the next 12 months. After the first year, all agency partners exceeded their goal for female representation on HP accounts: upward of 60% of HP’s worldwide agency account teams consisted of women. We also found that our agency diversity initiative was having a positive impact on the quality of the creative and on consumer engagement.

The need for equality extends of course beyond representation. HP is committed to equal pay practices and to transparency. We applaud the UK’s gender pay reporting legislation as a way to drive systemic change. We’re confident that our agency partners share this commitment to equal pay practices but should gender pay gap reporting show any cause for concern, we would not hesitate to request a plan from our agencies on how their gap is being addressed.

HP has a bold vision for what the future looks like, and that future has a lot more women and underrepresented groups contributing to our business. 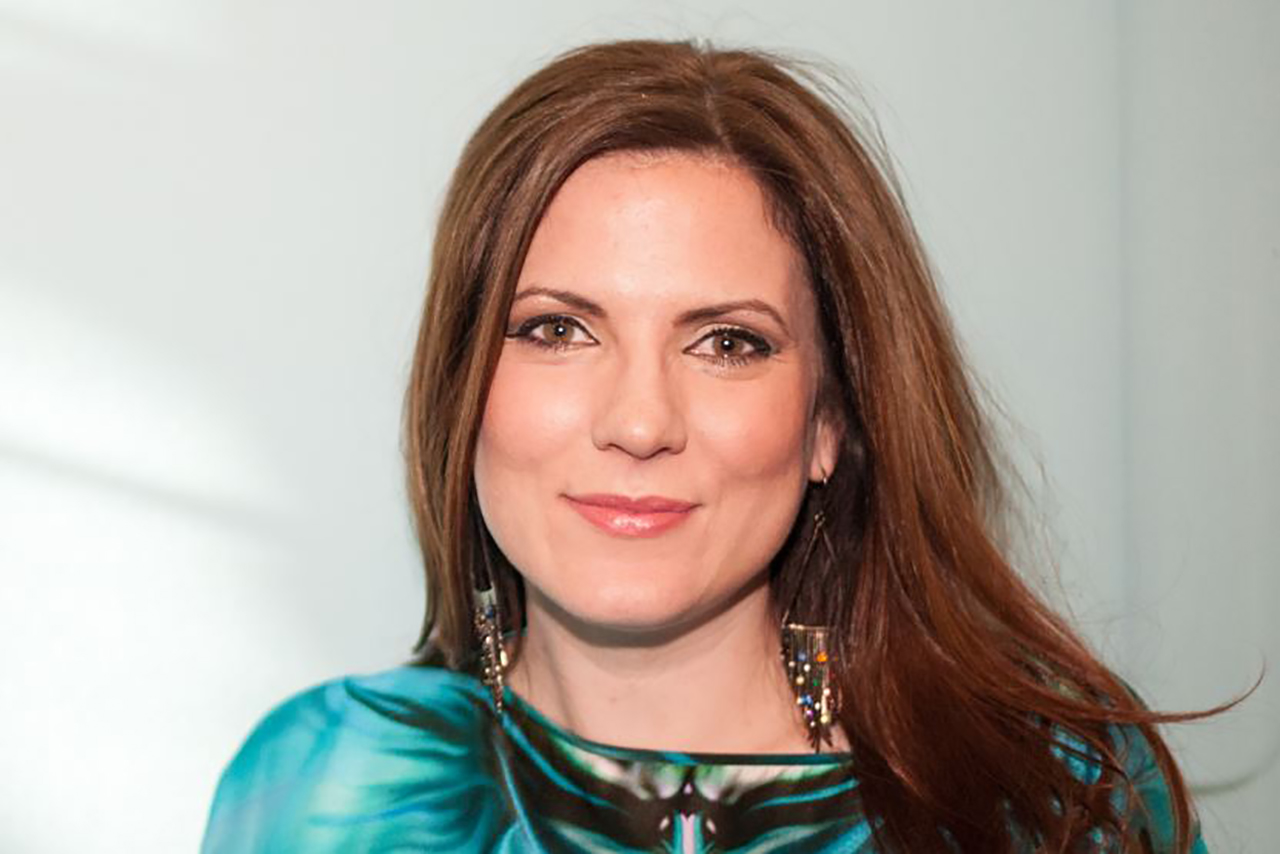 The size of the gender pay gap remains a big concern; we all need to demand and do more of each other and work together to close the gap. For me, a good relationship between brands and agencies is based on a robust partnership that is rooted in trust and transparency – both sides should be looking to make a difference and taking responsibility to do so.

It is absolutely right for marketers to seek information and be aware of any gender pay gap that exists but in the same token agencies should also demand the same transparency from the brands they work with.

This is a business issue and bigger than gender; we need to look through a diverse lens across our entire business and teams, considering ethnicity, disability, neurodiversity, social economic background, age and diversity of thought. We all know that more diverse teams lead to better work, increased productivity and therefore commercial success – so it just makes good business sense and it is time to make a change. 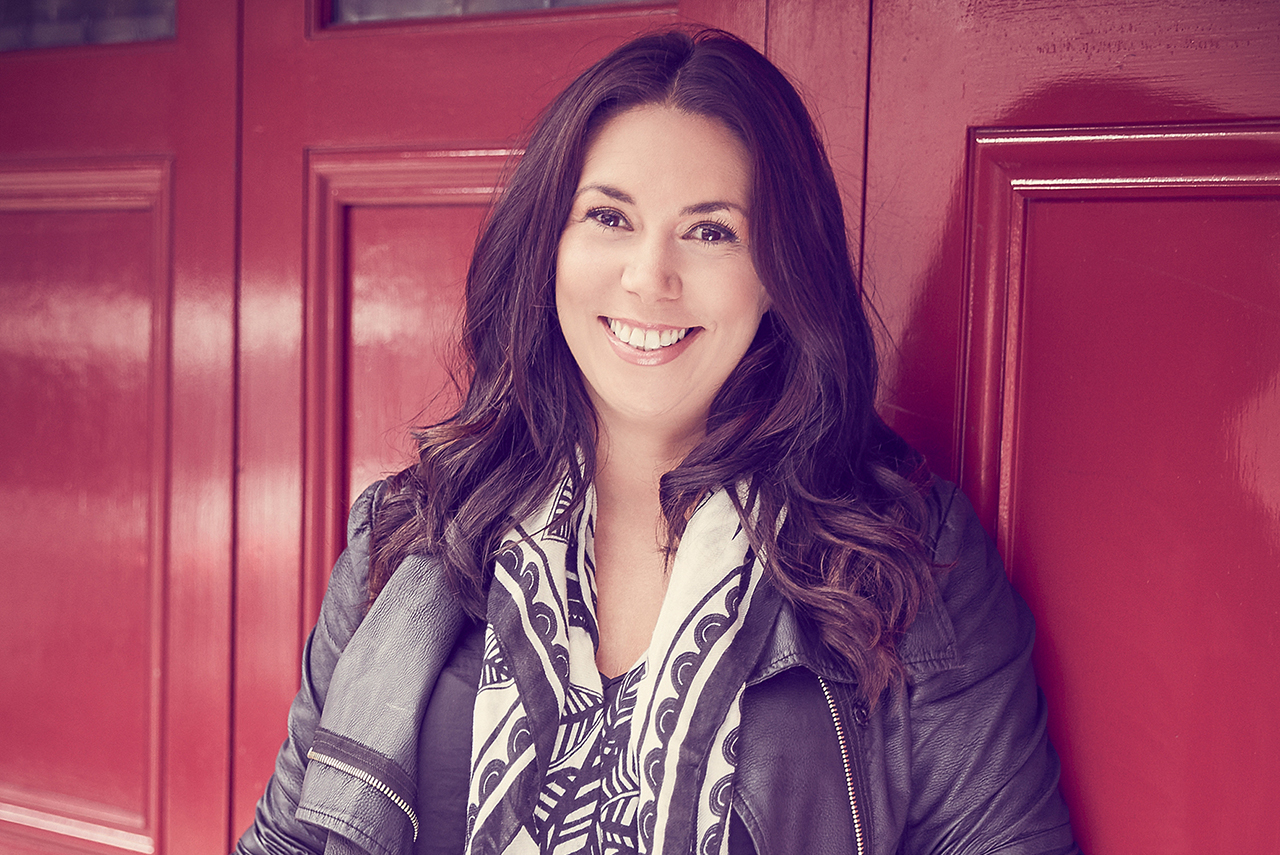 I think we all have a responsibility to help close the pay gap. There is a huge chasm between what men and women earn and the onus is on all of us to put pressure on agencies and employers to be transparent with their pay gap.

Last year we uncovered a pay gap of between 20 and 25% in the creative industries within our salary survey. Our message to agencies is to start with the women working for them who are earning less and increase their salaries, tomorrow.

For those working in the industry, find out what you should be earning. Ask your employer what your male counterparts earn and if you believe you are earning less, then speak up and talk to your boss or HR about a pay rise. Always show your achievements and know your worth. 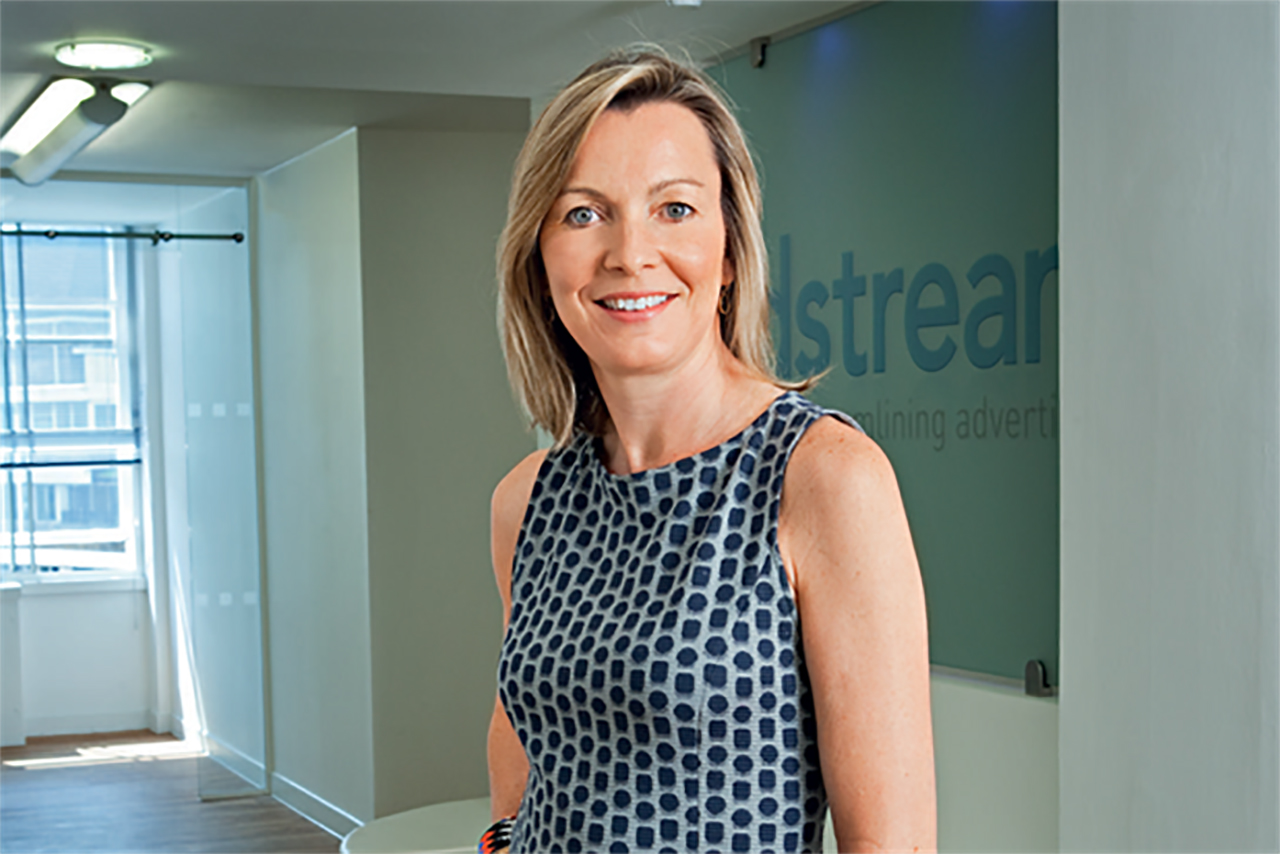 The stats are still appalling. It’s got to get better. It is right that agencies process this data because it can’t get better if we don’t know what things currently look like. The issue [with putting the onus on marketers to push their agencies to change] is marketers aren’t perfect either. A lot of my time spent with brands is looking at this issue. I don’t think we should hold marketers up as being perfect. Often they are the ones that should be better. The more we can share best practice the better. People want ideas. People want to know what they can do. 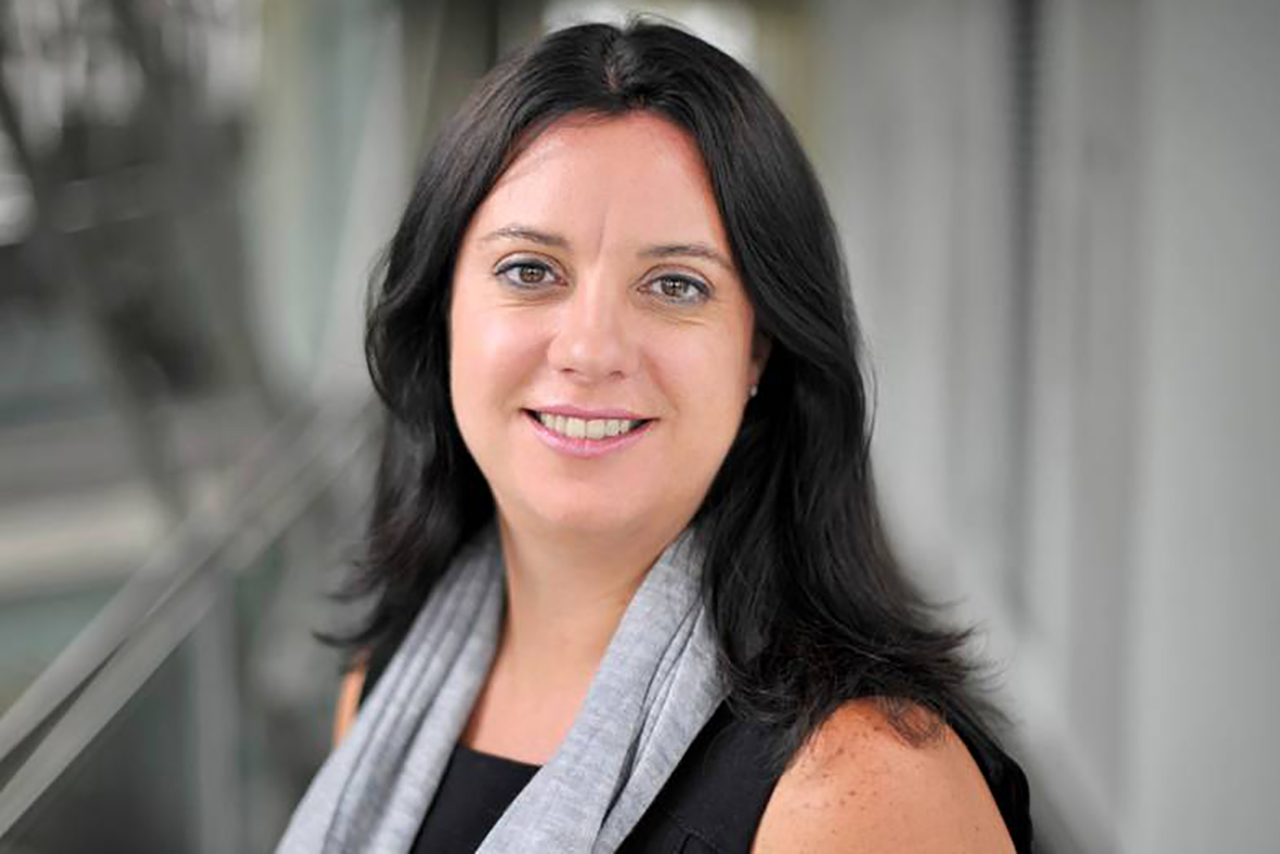 Yes absolutely – when any client is reviewing its agencies it should be having a conversation with the senior management team about the right mix of talent from a gender and other diversity point of view to reflect their team and their customers. We should also ask the question is gender pay similar within levels at their agency and is there equal support for all genders for promotions and considerations around flexible working to support families? Having gone through some pitches recently we reviewed the team gender mix as part of the decision and team set-up and what diversity initiatives the agencies had.

What's the most iconic brand of the past 60 years?

Hire female creatives based on talent, not tokenism

Being braver: the changing role of the CMO

Snowball lauds #CreativeComeback as 'fast-track diversity at its best'

JWT gender pay gap is one-third in favour of men