Manchester City are looking for influencers to attract new fans to their home Champions League fixtures against "relatively unknown teams" amid concerns that not enough "core supporters" will turn up.

The Premier League champions have run an ad on influencer marketing platform Tribe, asking for posts to "get across the great atmosphere of the Etihad".

The brief opens by admitting that Man City’s Champions League draw "has given us three relatively unknown teams" in Dinamo Zagreb, Shakhtar Donetsk and Atalanta, meaning the club’s "core fans are less likely to attend".

Man City would like to identify male students, young professionals and those new to Manchester (aged 18 to 55) to post content that can "tell an authentic and genuine story of what it’s like to be at a game".

To apply, influencers with at least 5,000 followers need to submit a shot that showcases "the electrifying atmosphere that only Champions League live football matches can deliver".

The content should be "fan-centric" and have "an element of FOMO". The club is asking influencers to set a fee for their work (see full Tribe ad at the end of the article).

The influencer campaign is an unusual step to drum up interest for the most prestigious club football competition in the world.

Other Premier League clubs in this year’s Champions League – Liverpool, Chelsea and Tottenham – usually sell out of tickets for their home fixtures minutes after sale periods open.

The campaign comes as new research shows that the majority of Man City’s followers on social media channels are fake.

Analysis by Edinburgh-based social media agency Pilot Fish Media estimates that 58% of Man City’s 15 million Instagram followers and 33% of its 7.2 million Twitter followers are fake – in total that amounts to about 50% of followers across both platforms. 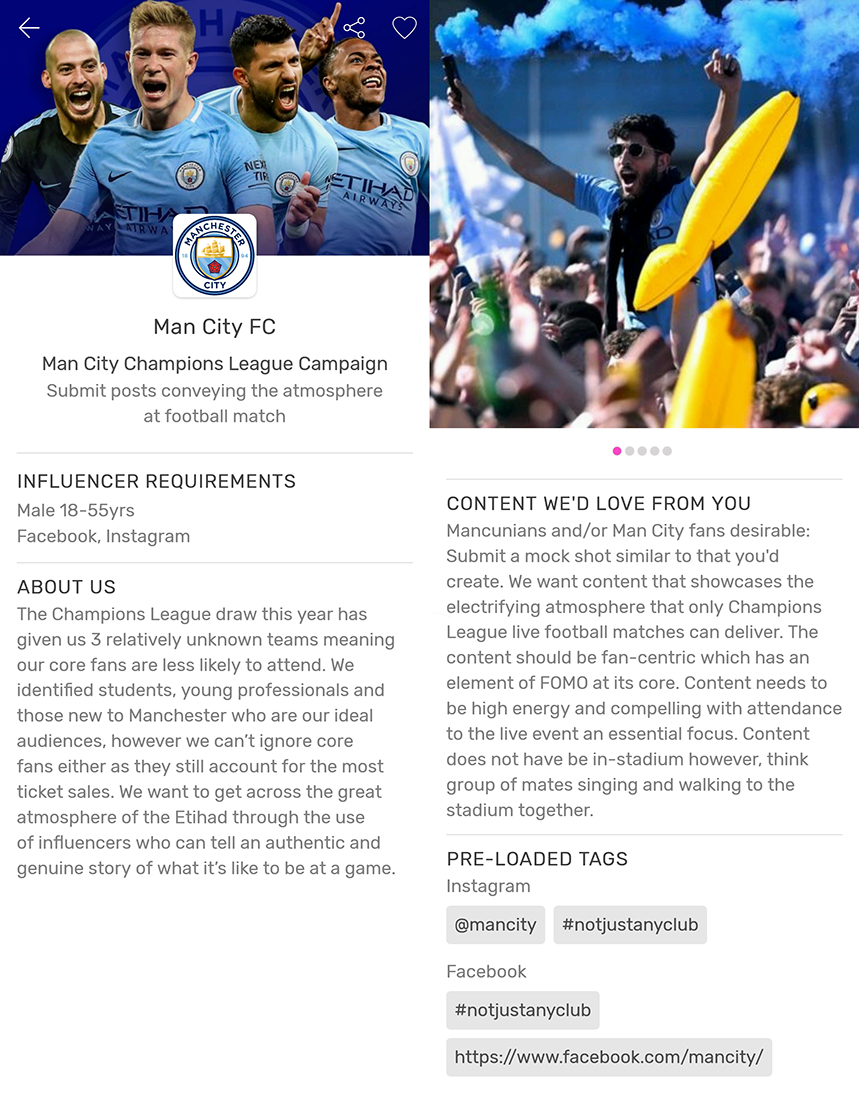 Premier League campaign reinforces there is 'No room for racism'