A divisive figure, Sorrell's rise to the top of the ad industry was never dull. Here, we outline the key moments.

The year 1985 provided lots of fuel for Campaign’s pages. David Ogilvy had just handed over worldwide creative control of Ogilvy & Mather, the agency he founded, to Norman Berry; Heinz had completed the largest-ever media account move by consolidating £10m of TV-buying business into Dorlands; Saatchi & Saatchi had unveiled its classic work for Silk Cut cigarettes – a slash in purple silk.

There had been high drama, as the employees of D’Arcy MacManus and Masius were forced to flee the agency’s St James’s Square office when it had become the temporary headquarters for anti-terrorist squad officers during the Iranian Embassy siege a year earlier. 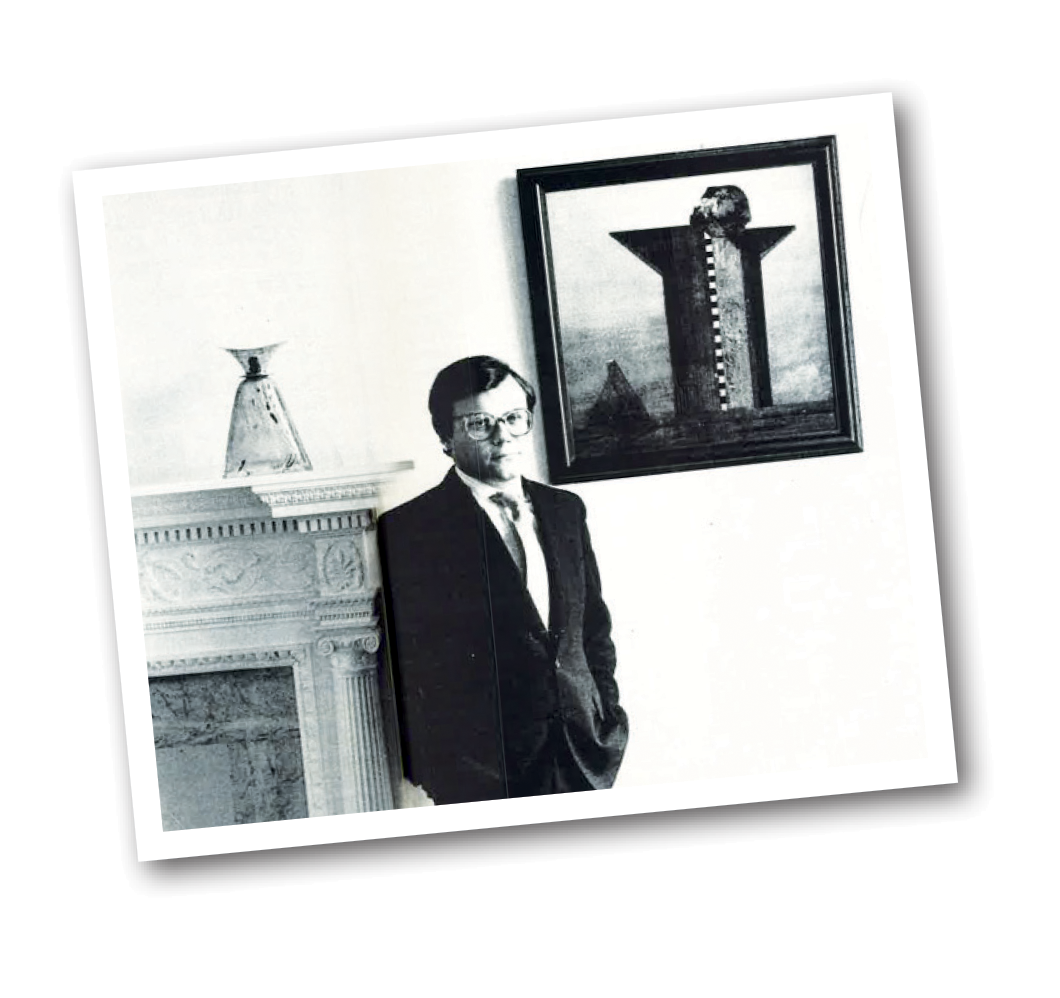 With so much going on, not too much notice was taken of an astute financial whizz called Martin Sorrell as he prepared to quit Saatchi & Saatchi to begin building his WPP empire.

Who would have realised then that this would be the start of a journey that would lead to him becoming the most powerful man in world advertising?

Who also could possibly have believed what an influential role Sorrell would have on the futures of some of the big names then making Campaign headlines? How far-fetched it would have seemed that the mighty O&M would one day be part of WPP’s empire. Or that the Saatchi-owned Dorlands, then a top-10 UK agency, would later, as part of an enfeebled Cordiant group, also enter the WPP fold.

Yet all this – and much more – came to pass. All because of Sorrell’s winning combination of inexhaustible energy, boldness and the guts to keep going.

Not surprisingly, the industry remains ambivalent about him. What’s unarguable is that he changed it for all time. Through Campaign’s eyes, we look at how he did so.

Sorrell, who had been at Saatchi & Saatchi since 1977, told the brothers that he planned to go into business for himself, although he would not leave formally until the following year. He had learned much from Maurice Saatchi, refining the systems for forecasting cash flow that Maurice had installed. However, relations between the pair grew strained as the media gave Sorrell the credit for the group’s strong financial performance, a view Sorrell didn’t discourage. Sorrell’s version of his departure was that a post-40 male menopause had kicked in, firing him up with a fierce determination to run his own show. Whatever the truth, relations between Sorrell and the brothers were permanently soured.

Sorrell got his show on the road by investing in Wire & Plastic Products (WPP), a tiny company making supermarket trolleys, valued at a minuscule £1.4m, but listed on the stock market.

He planned to use WPP as a "shell" to enable him to build a marketing services holding company. He and his business partner, Preston Rabl, bought 29.9% of the equity for £400,000, enough to give them control.

At first, Sorrell and Rabl opted not to invest in agencies, believing that other companies specialising in sales promotion, market research, pack design and PR were more profitable and growing faster.

Sorrell dramatically changed course with a successful hostile £351m bid for J Walter Thompson, the world’s fourth-largest agency and the so-called "university of advertising". He brushed aside the thinking that hostile takeovers were madness in a personal service industry. He was convinced that he could turn around JWT, beset by internal strife, threatened with client defections and making a pathetic 4% profit on turnover. Sorrell’s experience at Saatchi & Saatchi had taught him that even an averagely efficient agency could manage 12%, a well-run one even more. The Saatchi brothers had previously coveted JWT, but had to back off because of client conflict.

Already heavily burdened with debt, Sorrell raised the stakes by borrowing more to fund the purchase of the Ogilvy Group for a hefty £560m. This was not an easily digestible acquisition; the group was not as inefficiently managed as JWT and some Ogilvy managers who opposed the takeover resigned. What’s more, the deal resulted in Ogilvy & Mather losing some important clients including Shell, Unilever and American Express. David Ogilvy denigrated Sorrell, whom he had yet to meet, in a deeply personal attack. Sorrell, though, won him over so completely that Ogilvy accepted his offer to become WPP’s non-executive chairman.

WPP came close to collapse as the group buckled under its debts and was saved only by a debt-for-equity swap with the banks, which took nearly 50% of the group.

Although late to media agency consolidation, Sorrell was quick to see the way the wind was blowing and had it fill his sails. The result was the launch of Mindshare, which grew out of the merged media departments of Ogilvy and JWT to form a standalone operation. It seemed a defensive move; Omnicom had formed OMD the previous year. Meanwhile, rivals including Zenith, CIA and TMD Carat were already well established in the UK and winning clients from WPP agencies. Mindshare proved more than a match for older rivals, though. Today, it has more than $30bn in annual billings and 8,500 staff worldwide.

Sorrell’s £3bn takeover of Young & Rubicam, › a pillar of the Madison Avenue agency establishment, was doubly sweet for him. Not only did he turn WPP into the world’s biggest advertising and marketing services company but he also saw off his nemesis, Publicis Groupe boss Maurice Lévy. Publicis stepped in after WPP abandoned the first round of talks because of Y&R demands that it should keep its autonomy. However, Lévy was forced to walk away because Y&R’s Ford business clashed with his flagship Renault client. Sorrell returned with a sweetened stock offer and won the day.

Sorrell put one over on Levy again when he swooped on Cordiant, bringing the Bates Worldwide network into his empire. He paid £266m to settle Cordiant’s debts, which had built up as the result of an acquisition spree following its de-merger from Saatchi & Saatchi as it sought to keep pace with the big players in a consolidating comms world. Its brush with bankruptcy sparked a takeover tug-of-war between WPP and Publicis Groupe. But Sorrell would not be denied. One associate described negotiating with him as "like trying to stab a dolphin with a banana".

There were few in adland who could teach Sorrell anything about personal enrichment. Ed Meyer was one. When Sorrell paid $1.75bn for Grey Global Group, it also meant a huge payday for Meyer, Grey’s self-confessed "benign dictator" who had ruled the agency as his fiefdom for 36 years. At the time of the takeover, he was drawing a salary of $3.65m and received about $500m as a result of the deal. Asked to say what the lowest point of the WPP deal process was, Meyer, a regular diner at celebrity haunt Manhattan’s 21 Club, replied: "The quality of the food served at the law company. I’m not a sandwich man."

Sorrell took flak for moving WPP’s headquarters to Dublin in a bid to slash its tax bill. WPP claimed the then Labour government’s laws concerning taxation of foreign earnings would have caused a big hike in its tax bill because 90% of its revenue was derived outside Britain. It estimated that move would halve its tax bill because Ireland’s 12.5 % tax rate on corporate earnings was less than half the British rate, saving it up to £80m a year.

Sorrell has never accepted high-level defections from his empire with a shrug of the shoulders. A stickler for contracts to be honoured, he is happy to pay expensive lawyers’ bills to see that they are. James Murphy, David Golding and Ben Priest discovered this to their cost when they paid WPP £750,000 to settle a dispute over their gardening leave when they quit RKCR/Y&R to launch Adam & Eve.

Sorrell won his stand-off with UK politicians over "punitive" tax laws. In the wake of the coalition government’s decision to drop the "double taxation" of corporate profits proposed by the previous Labour administration, WPP shareholders voted overwhelmingly in favour of moving its HQ back to London. WPP’s return was said to be important for the UK Exchequer which had feared an exodus of high earners.

WPP was named best-performing holding company at Cannes for the seventh successive year. Sorrell, though, pointed out that the group’s triumph came as the ad industry "appears to be experiencing a collective seven-year itch" in its relationship with the festival. This prompted Cannes Lions to introduce reform to counter criticism by Sorrell and others that the festival had lost its focus on creativity.

WPP missed revenue target as sales went into reverse and the share price dropped 11% – its worst one-day fall since 1998. Sorrell blamed FMCG brands cutting spend and admitted he was under pressure to simplify the group by merging agencies including MEC and Maxus.

WPP dropped a Saturday-night bombshell by announcing Sorrell’s resignation as chief executive after an investigation had been launched into allegations of improper personal conduct. While rejecting the allegations "unreservedly", Sorrell acknowledged in a statement that it was "in the best interests of the business if I step down now".

His final sign-off in his letter to staff read: "Good fortune and Godspeed to all of you... now Back to the Future."