The effort looks to foster connection and support artists during these uncertain times.

When SXSW canceled its annual festival due to the coronavirus crisis, many filmmakers were heartbroken about not being able to premiere their short films, most of which were created for fun rather than to score a major deal.

In an effort to support these filmmakers, SXSW teamed up with email marketing company Mailchimp and film production and distribution company Oscilloscope to launch a digital platform for these shorts. The digital home, which will allow people to watch the films from anywhere in the world, is looking to bring a bit of camaraderie and connection to the creative community during these uncertain times.

As part of the #SupportTheShorts launch, movie-lovers can watch 50 select short films from the 2020 SXSW Film Festival lineup on the new streaming platform, Mailchimp Presents.

Mailchimp worked with agencies Code and Theory and Kin on the project. Code and Theory designed and built the website for the SXSW short films in less than a week, while Kin developed creative messaging, assets and influencer strategy and handled Mailchimp’s brand strategy for corporate citizenship, advocating for and investing in the small world changers.

"We wanted to get the films up as quickly as possible, so the timeline we came to Code and Theory with was outrageous. But, one of the amazing things about this frightening and uncertain moment we’re living in is that people seem really eager to help each other solve problems creatively," said Sarita Alami, director of programming at Mailchimp Studios. 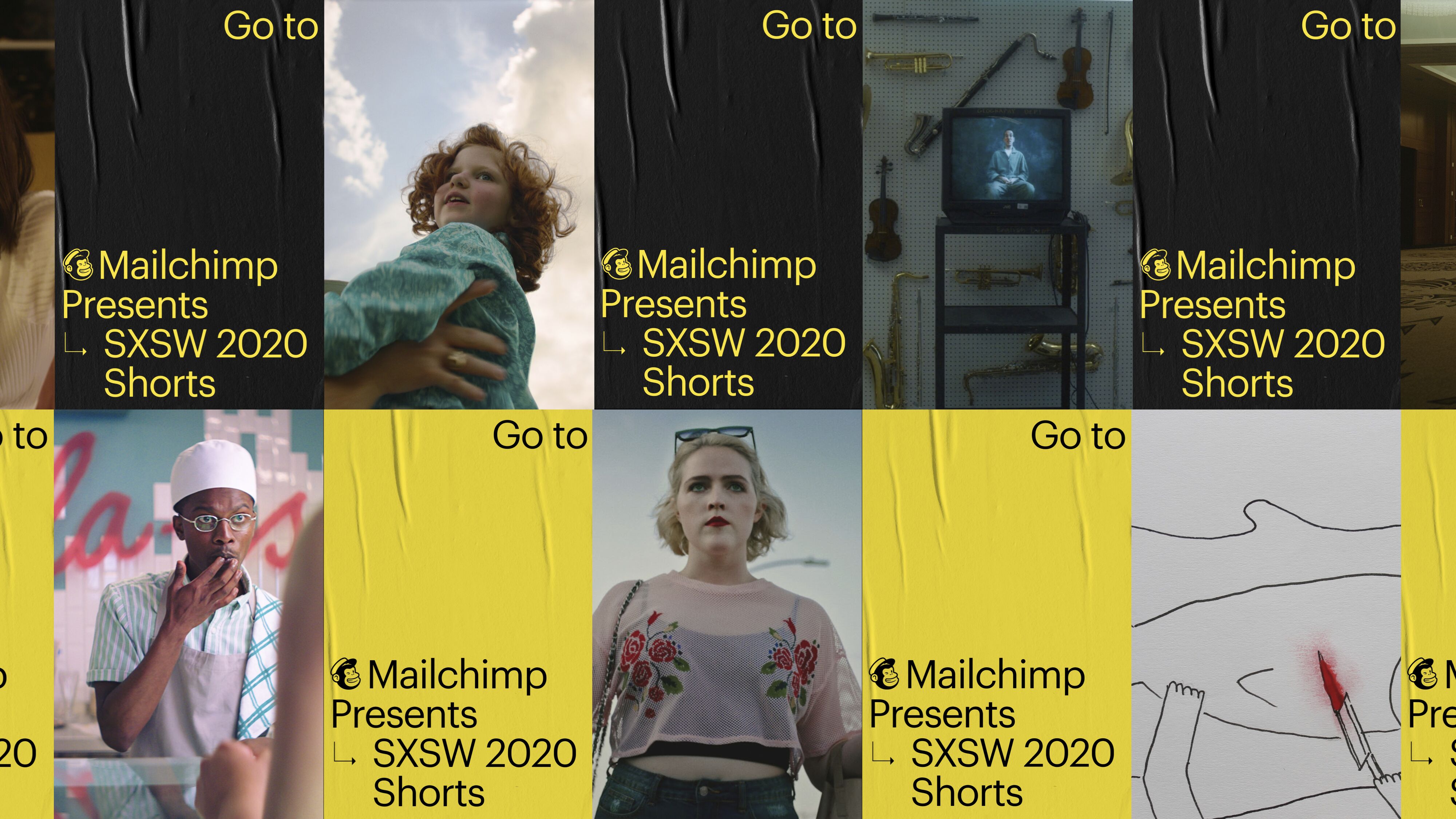 Katie Potochney, senior director of brand design at Mailchimp, said: "It was our priority to let the films shine, so we chose a minimal, brutalist aesthetic using some remixed core brand elements, to let the content take center stage so viewers could dive right in. The rawness of the site also represents the speed at which the teams worked to get these films online to support these creative filmmakers."

Code and Theory CMO Brent Buntin said the agency was as disappointed as anyone else when SXSW was canceled, which is why working on this project and giving back to the creative community was so fulfilling.

"It felt a little bit like old school Code and Theory -- we threw a strong team at the project and cranked out initial designs in a day, and the entire site in a week," he said. "Mailchimp was an amazing partner, and even with the entire process being done remotely, we felt like we were one team."

Kin, founded about a year ago by creative veterans Sophie Ozoux and Kwame Taylor-Hayford, focuses on tapping into the culture of a business in order to use it as a forces for good in the world.

"This project is perfectly aligned with Mailchimp's purpose and commitment to champion small world changers, who in this case are the talented filmmakers and their incredible, inspiring short stories," said Taylor-Hayford.

"As #SupportTheShorts evolves, we’re discussing with Mailchimp the best ways to create a lasting, positive impact on these filmmakers and their communities," he added. "How can we get them more opportunities to create and showcase their films? How can we ensure they have the support and resources they need? How can this platform become a catalyst for their careers? These are a few questions we’ll be debating in the coming weeks."

U.S. Hispanics turn to movies and TV to cope with COVID-19

Q&A: All you need to know about Sophie Ozoux and Kwame Taylor-Hayford's indie shop Kin

Why we need brands to be as active as ever

'Sometimes what keeps us apart, actually brings us together,' says Kay Jewelers