Advertisers know how to make people want things, but what about when agencies try to make things people want?

Agencies have been creating brands from scratch for more than 80 years. In 1928, Leo Burnett (then at Erwin, Wasey & Co) had a hand in creating the Jolly Green Giant we all know today, and it was JWT that had the savvy to spot the market for small, packaged cakes – an observation that led the agency to come up with the branding for Mr Kipling.

But, over the past decade or so, more agencies have tried their hand at creating their own products. Bartle Bogle Hegarty took its own rape alarm and ready-meal range to market in 2008, for instance.

Now, some agencies even see making things as crucial if they are to thrive. In the past few months alone, both Mother and Wieden & Kennedy have opened spaces dedicated to product development.

"It’s interesting to think about why it’s happening now," John Willshire, the founder of Smithery, an agency that helps clients make things people want, says. "Agencies are saying ‘we can make things’, but the timescale for mucking around with atoms is very long and it’s hard to do in agencies because there’s so much going on; it’s easy to get dragged off in different directions."

"Social media has rendered brands more transparent than ever," the Mother partner Dylan Williams says. "Every aspect of company activity communicates something about the brand. From material sourcing to staff treatment to tax stance. So, to provide our clients with rounded communications guidance, we have to fully understand all these aspects of business, nose to tail. We can’t think of a better way to gain that degree of business acumen than to put our own money where our mouth is."

However, Work Club’s chief executive, Martin Brooks, tempers the enthusiasm: "Lots of agencies talk a good game about owning and licensing IP, but I’ve never seen the two models work properly under the same roof. A product-based company needs a totally different legal, commercial and working capital model. An agency wouldn’t get beyond a major client’s RFI if it insisted on licensing its IP."

Still, this hasn’t put many off trying.

"There is much talk about product development in the ad agency world. Most of those efforts are side-projects or hobbies. They tend to be more novelties and amusements done when there’s a spare moment or to make the agency seem cooler.

"We’ve kept our approach to product development separate of Droga5, creating a separate company with its own identity, business model and talent from non-ad places.

"Our first product after our launch in early 2012 was Thunderclap – built on the premise that, while social media is an easy way to say something, it’s a difficult way to truly be heard. Thunderclap is a bit of a ‘Kickstarter for causes’ but, instead of donating money to a project, people can donate their voice to a message they believe in. 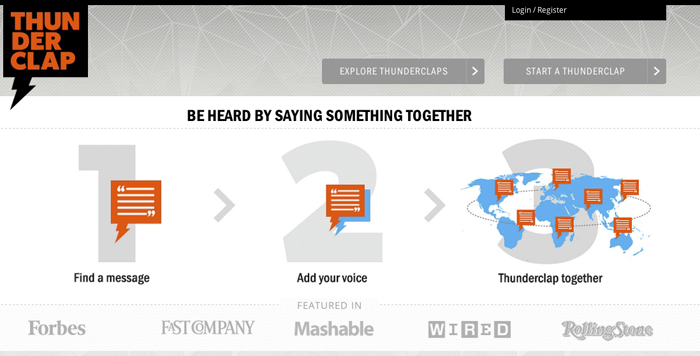 "Thunderclap has amassed an array of users, such as the Obama campaign, the United Nations, Levi’s, Major League Baseball, Stand Up To Cancer, People, Oxfam International, Unicef and many more.

"In addition, Thunderclap has received a seven-figure valuation in the technology venture capital community, generated interest from major holding companies, established an ecosystem relationship with Twitter and been deemed ‘the future of social empowerment’ by Forbes." 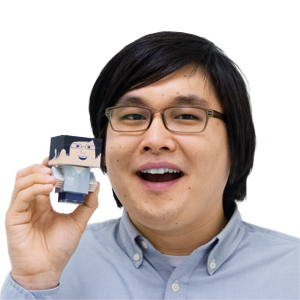 "Foldable.Me was born out of Mint Digital’s annual product development week. The brief was to create something physical that allowed users to scratch a creative itch and Foldable.Me was voted the best idea.

"I’d got the idea from seeing paper craft toys and thinking it would be great to be able to easily make versions of friends and family members.

"We went to Kickstarter for some help and got 1,000 per cent funded. It was really our backers that allowed us to do this.

"I’d hacked together prototypes using a Nintendo Wii generator to create my face, which I added to a Star Trek template from Cubeecraft. I used to cut all the prototypes by hand and now bear level-ten craft knife skills.

"We used the Kickstarter community to test the beta website too, as well as the many versions of the Foldables, and their feedback helped us refine the product before launching.

"Since launching Foldable.Me in October 2012, we’ve seen a great response. We’ve created Foldables for many individuals, companies and, in March, the Fairtrade Foundation sent thousands of Foldables, each representing someone who’d signed a petition, to stand in protest on Parliament Square.

"Across the world, there are around 16,000 Foldables. Some have estimated that, at the current rate, Foldables will overtake the Chinese population by 2020." 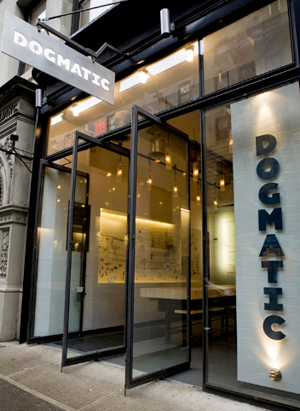 "We opened Dogmatic in 2006 as a gourmet food cart in the West Village when every cart in New York City was selling poor-quality pretzels and hotdogs.

"Eight years of riding the quality fast-food wave and Dogmatic is now an established Union Square favourite and just posted its best-ever month. How much more compelling is Andrew Deitchman, the Mother New York partner and Dogmatic founder, in a meeting with our Burger King client?

"Similarly, our White Pike Whiskey brand has now been in market for more than a year and is earning rave reviews at the tip of hooch, micro-distillery and cocktail trends. Again, this experience has massively improved the quality of our strategic counsel and creative ideas on our Anheuser-Busch InBev and Diageo businesses." 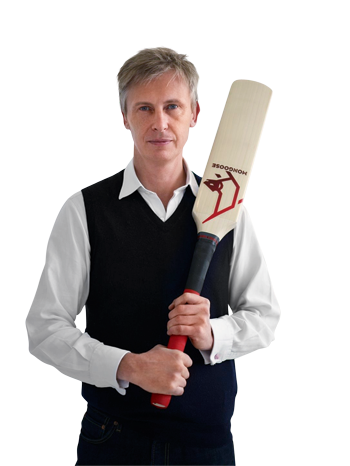 In 2007, Codrington was in hospital recovering from a stroke when he came up with an idea for a new cricket bat.

"I was in hospital for six to eight months," he says. "One day, I was watching Geoffrey Boycott bat [on YouTube] and wondered why players used the same bat when playing defensively as they did playing offensively."

Codrington started designing cricket bats like golf clubs, with a shorter blade and longer handle for greater leverage. But, as an adman, he knew that, if he was to create a brand, he needed a market.

Fortunately, the Indian Premier League was just coming into its own. It was full of players who wanted to score big. It was perfect.

"The attitude in advertising is such that it encourages lateral thought and problem-solving," Codrington says, "which stands us in good stead to do other things." 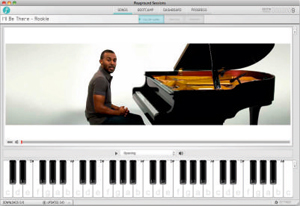 "When inventing a new product or service, it is best to start with a genuine human need and an absence of branded solutions. To search for what we call ‘brand lags’.

"Our Zag office in New York spotted the need for a more engaging way to learn to play the piano. You don’t need a large quant survey, or even a large straw poll, to conclude that many have tried to learn the piano and failed.

"We teamed up with the YouTube phenomenon David Sides and Quincy Jones to revolutionise the process. Playground Sessions is a software that makes learning more effective and more fun.

"The difficulties Playground Sessions faced initially included the sheer scale of software development, hiring the requisite talent, raising funds at the right valuation and getting the optimum business model in place.

"It is now in its launch and awareness phase – more than $1 million has been raised in seed funding over the past six months – with a set of challenges more readily encountered by advertising and marketing professionals."