M&C Saatchi has claimed its 10% increase in half-year revenues shows its strategy of moving beyond traditional advertising and media-buying is paying off at a time when big holding companies are suffering.

"We've switched the emphasis of the company pretty dramatically in the last five years," David Kershaw, the chief executive of M&C Saatchi, said as he unveiled a 17% jump in half-year operating profit to £13.3m.

Revenues rose 21% to £121m because of currency strength and were up 10% on a like-for-like basis.

"Advertising, which we still love, probably represents just 30% of the group," he said.

By contrast, the big ad groups such as WPP are suffering because "the biggest area that's affected their margin is media-buying", Kershaw said, referring to greater scrutiny by clients.

The big ad groups also have significant exposure to consumer packaged goods companies that have cut spend – unlike M&C Saatchi which has "hardly any" FMCG clients, according to Kershaw.

Instead the group has been diversifying thanks to mobile, customer relationship management and sports and entertainment marketing.

"We're growing because we've been starting a huge number of companies," he said, explaining how the group keeps rolling out its agency brands in new markets including Mexico and Indonesia.

The group launched 10 agencies in new and existing markets during the first half of 2017.

The UK now represents only about 35%-40% of revenues, which means M&C Saatchi is partly insulated from the fall-out from Brexit, although the group still increased revenues in its home market by 5% in the first six months of the year.

A new chief executive of the under-performing UK ad agency, Giles Hedger, started in July and "the new team is working well", the company said. 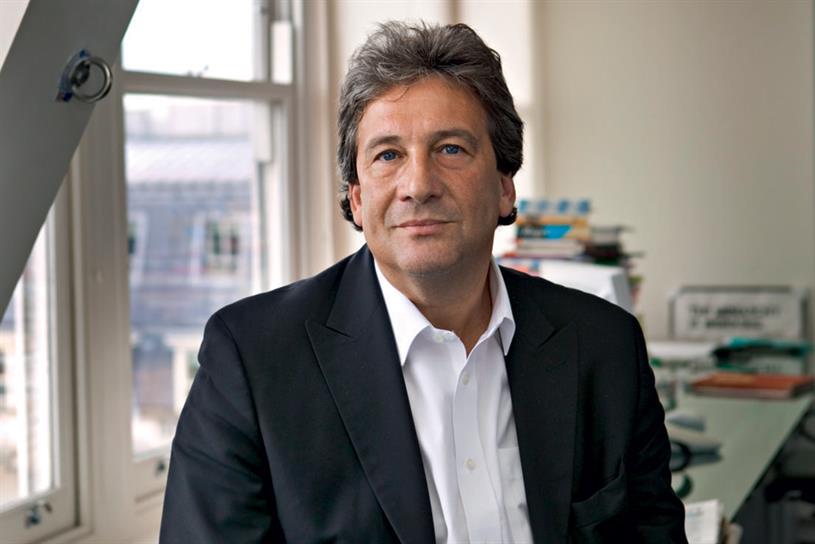 Kershaw, above, remains optimistic about the outlook for the UK "much as the editor of the Evening Standard would like me to say it's in complete meltdown" – a reference to George Osborne, the former chancellor, who was a client of M&C Saatchi when he oversaw the Conservatives' general election advertising and is now a fierce critic of prime minister Theresa May.

"Clients are cautious but they have been cautious since 2008" because of the financial crash, Kershaw said.

M&C Saatchi is not immune from macro-economic shifts, warning "we continue to see enhanced pressure from clients on payment terms over the last six months", especially in the US.

Some advertisers are scrutinising their digital adspend because "it's been like a Wild West" but they are not cutting back.

"It's been healthy there's been so much questioning of fraud, where your ad appears, what constitutes a view," he said.

"There's no doubt that when you're dealing with a huge duopoly [Google and Facebook], it needs purchasers [of media] and their agencies to be rigorous."

Kershaw played down the threat of brands taking advertising and communications in-house.

"As soon as you have to make the work more [creatively] interesting, then it's a lot less easy" for brands to go in-house, Kershaw said.

"So long as you're offering new things and new ways to grow, there's no reason to get into this macro-doom and gloom."

Will the introduction of country P&Ls pay off?