Trucks and sports cars ruled the North American International Auto Show in Detroit earlier this year. Even though the Motor City event is one of the most significant auto shows in the world and the COBO Center invested $279 million in renovating its facilities, New York is where luxury steps in.

On Wednesday – the annual New York Auto Show’s first press day – the Javits Center was packed with media, and the showroom floors were lined with impressive vehicles. Luxury took the reins with Toyota’s Lexus brand revealing the first car of the day.

While the subsequent reveals and press conferences took place every 30 minutes, the ones that stood out to me the most were the luxury brands. And not just because they’re pretty – they were brought to life with distinctive personalities.

At each press conference, executives personified the luxury brands, making them memorable and offering insight into what consumer segments they’re targeting. Many of the luxury car companies also touted booths with branded swag, such as Lexus and its Tumi premium travel and business accessories.

Lexus, which unveiled its new RX SUV, focused on its values of delivering unparalleled and unique customer experiences, while eliciting emotional connections and delivering goose bumps.

The brand showcased a video before the reveal that said, "Elegance can have an edge. Sophistication can have an attitude. Refinement can be sexy. It’s time for luxury to be more expressive. Once you RX, there’s no going back."

Jeff Bracken, group VP and GM of Lexus, said the RX is meant to "appeal to the next generation of luxury consumers," but existing consumers will love it too.

He added the RX "unapologetically proclaims that it’s time for luxury utility to be even more expressive." Many studies over the last few years have shown that Millennials like to express themselves and be heard by brands, so Lexus’ confident and passionate character could be effective.

Jaguar took a different approach at its presser, highlighting superiority, status, and cost. The automaker started its press conference with a dance performance by classily-dressed women donning British flag umbrellas – a sharp difference from some of the scantily-clad women showing off cars at the Tokyo Motor Show.

After showing off Jaguar’s new 2016 XF and Range Rover SVAutobiography, Gerry McGovern, the company’s design director, said the vehicles are the "epitome of British sophistication." 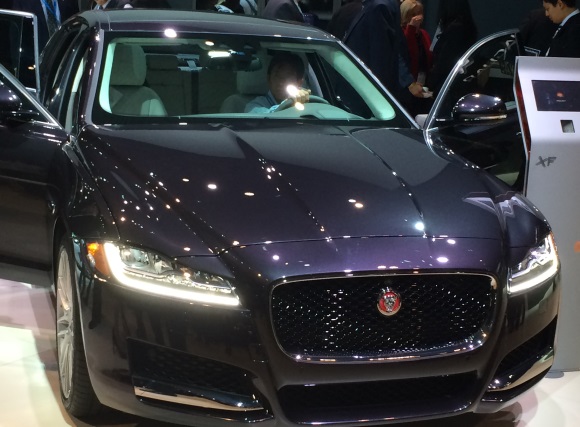 He said the Ranger Rover has a "strong stance and distinctive profile," and then added, "it looks expensive because it is."

With the Ranger Rover’s starting price at $199,495, it makes sense why the brand is targeting the ultra wealthy.

Cadillac president and General Motors EVP Johan de Nysschen brought luxury back to the US during his speech, calling the new CT6 "prestige American luxury personified."

Similar to Jaguar’s self-assured approach, de Nysschen talked about the vehicle being a "new approach to premium luxury."

The car, which is 200 pounds lighter and is the lightest large luxury sedan on the market, is elegant, tasteful, and regal, he added.

Mark Fields, president and CEO of Ford Motor Company, opened his talk with the fact that Lincoln grew 16% last year, while the overall luxury automotive market only grew 7%. He followed up saying the new Lincoln Continental Concept is "quiet luxury" that focuses on serenity, calmness, and beauty. 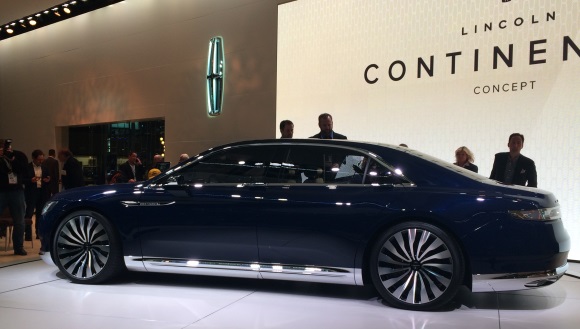 Kumar Galhotra, Ford VP and president of Lincoln, said: "It’s not raw power; it’s smooth effortless power." He also talked about the car’s innovations, such as a smartphone app that allows drivers to find their car in a parking lot or even start the engine while exiting a plane after a trip. He said the vehicle’s Revel audio system can make passengers feel like they’re actually at a symphony or concert.

"It’s technology not for the sake of technology, but to help our customers every day," said Galhotra.

Lincoln appears to be targeting Gen-X and Gen-Y consumers, particularly business professionals with hectic lives who want their car experiences to be a relaxing escape from the outside world.

All cars turned heads at the show – Hyundai’s 2016 Tucson, Scion’s 2016 iM and iA, Infinit’s 2016 QX50 – but luxury brands rose above the very crowded showroom floors with their distinguishing personalities.

Cadillac's Melody Lee has a 10-year plan for millennials

Experience is the new black: How to build a modern luxury brand

Cadillac's brand reboot, made in Manhattan