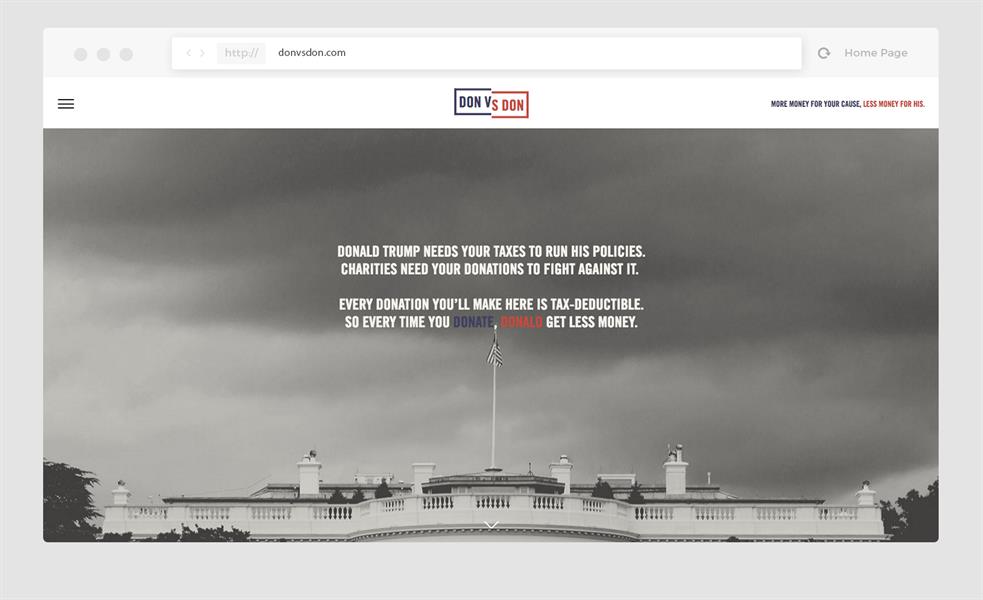 A group of anonymous creatives urges Americans to divert money to progressive causes.

No matter what party wins an election, its new agenda is greeted with cries from the opposite side of the aisle. "Why should my taxes go to fund policies I don’t support?" Well, they do, and for those in the minority party now, that means fossil fuel development, border patrols and shutting down Planned Parenthood. But the government of Donald Trump can’t spend what it doesn’t have. The new website DonVsDon.com by the Loser Collective, an anonymous group of creatives, encourages liberals to starve the beast by donating money to officially recognized non-profit organizations. That action will earn a tax deduction, and keep a few more dollars out of Washington. Donating $700 to the ACLU, for example, can save $200 in taxes. The site offers links to organizations like Greenpeace, Reporters Without Borders and the National Immigration Law Center. Each page also includes Tweets from Trump, laying out his positions on each issue in his own words.

'The Pumpkin and The Pantsuit' explains the election to kids

"The Daily Show" has the best Yule log video. It's tremendous, folks.