Special edition has Jane Fonda on the cover to help make women over 50 more visible.

L’Oréal Paris and British Vogue are releasing The Non-Issue, a publication aimed at smashing preconceptions about ageing and making women over 50 more visible in media.

The special edition will be included with the May issue of Vogue and features actress and L’Oréal Paris ambassador Jane Fonda on the cover with an exclusive interview. Co-created by McCann’s London and Paris offices, the project is in response to the lack of representation of women over 50 in the beauty and fashion industries as well as wider media landscape.

The Non-Issue gets its title from the idea that age should no longer be an issue. The editorial was written by Vogue editors and includes fashion and beauty content centred on the lives and perspectives of inspirational and trailblazing women, all of whom are over the age of 50. Along with Fonda, they include actresses Dame Helen Mirren and Isabelle Adjani, and make-up artist Val Garland. 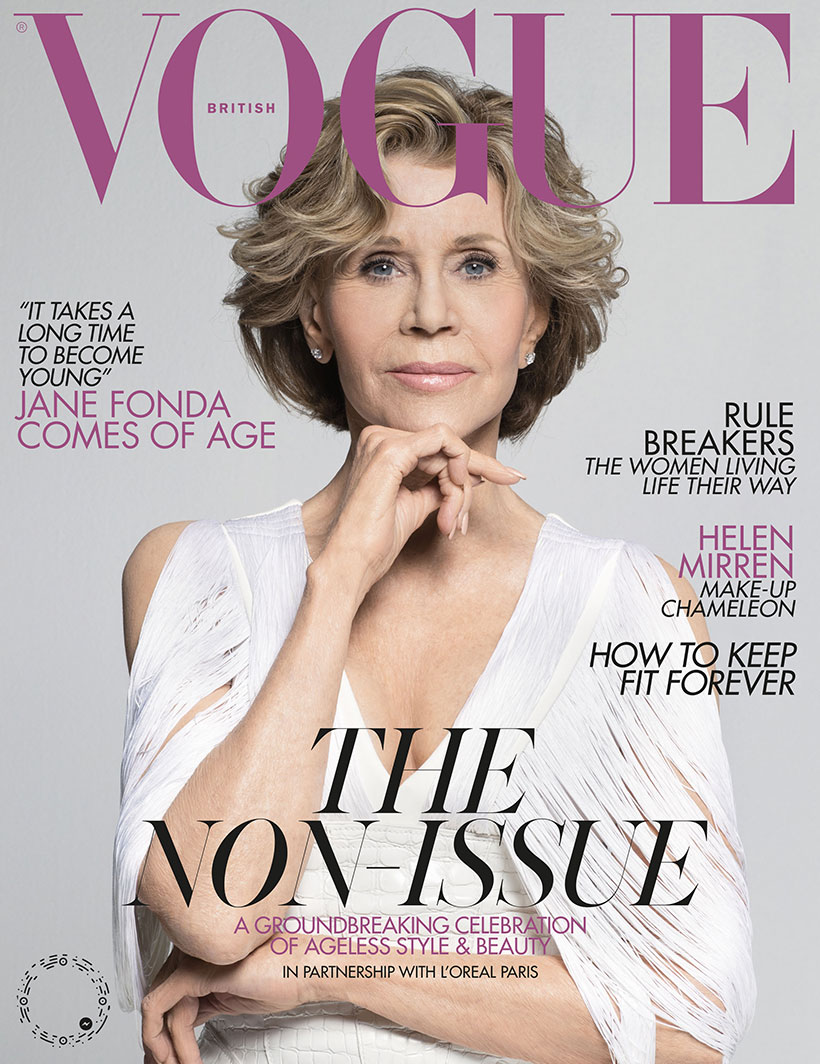 McCann London creative director Regan Warner was involved in the art direction and design of several of the shoots, while Rob Brown, executive creative director at McCann Worldgroup UK, was a contributing writer.

The edition also has a global QR code that allows readers to access exclusive behind-the-scenes content, such as "The Making of The Non-Issue", via Facebook Messenger.

Edward Enninful, editor of Vogue, said: "I am pleased to feature Jane Fonda on the cover of this special-edition Non-Issue issue with L’Oréal alongside our May issue cover star, Kate Moss. British Vogue has never been solely about a person's ethnicity or gender. Age discrimination exists and this issue is dedicated to all the women who feel left behind by the beauty and fashion industries because of their age. Now is our moment to challenge the industry – together."

The May issue of Vogue and The Non-Issue are available via digital download and on newsstands today (Friday).

Pierre-Emmanuel Angeloglou, global brand president at L’Oréal Paris, said: "As a brand which has always championed and celebrated female empowerment at every age, it felt appropriate for us to join forces with one of the world’s most iconic fashion and beauty publications, British Vogue, in the shared belief that age is a ‘non-issue’. This collaboration is the first of its kind and hopefully a first step in a global movement that helps us to normalise the subject of ageing."

Reboot yourself: How Jonathan Durden faced ageism and re-entered advertising in his 50s

'We were those kids': Thandie Newton and Vogue's Enninful on the one thing that will really change diversity