The annual event aims to capture the spirit of Griffin Farley, a strategy director who BBH lost to cancer.

Earlier this week, BBH held its 7th Annual Griffin Farley Beautiful Minds program at Facebook’s New York headquarters – an event that that gives people an opportunity to break into the strategy side of the advertising industry.

The program, which is free, provides participants with counsel in planning in memory of Farley, a former strategy director at BBH who passed away from cancer and spent much of his time helping aspiring planners and strategists.

This year, participants were given a brief to develop a strategy for breast cancer awareness nonprofit The Get In Touch Foundation.

Campaign US caught up with Sarah Watson, global chief strategy officer and New York chairman of BBH, about this year’s event. Check out the Q&A below.

Give us an overview of Griffin Farley Search for Beautiful Minds?

The Griffin Farley Search for Beautiful Minds is an annual weekend bootcamp, hosted at BBH, for up to 70 people looking to make their first break into advertising planning and strategy roles. The program culminates in a gala evening when the winning pitch teams get to present to senior members of the industry. Now in its seventh year, over 500 people have gone through the program, and dozens of mentors and volunteers have participated.

Why did you start Beautiful Minds?

Griffin Farley was a BBH comms planner who died of cancer in 2013. We wanted to find an appropriate way to honor him, beyond a traditional foundation or award. This idea felt more in line with the Griffin we got to work with: a lovely, down-to-earth guy who invested a lot of time helping people find jobs in the industry. It was this generosity that we’ve tried to recreate in his honor. Every year, we are still meeting people who knew Griffin, and wouldn’t have jobs in the industry if it wasn’t for him.

What makes this program unique?

It is focused purely on strategy, it is completely free and it is radically inclusive by design - we actively seek out people who have no experience or connections to the industry. We give people the basics of strategy and pitching and give them the mentor support to do their best. Finally, we give them an audience of recruiters and senior planners who are looking for top talent to hire.

The program is a moment when many people figure out whether this is the right career for them, when they find a dynamic network of peers, but most importantly it gives them something to put on their resume and talk about in interviews. It truly changes lives: people get jobs. Not necessarily during the program, but afterwards as they work with the contacts they’ve made.

What makes it a bit different this year?

This year the Gala Showcase is being hosted at Facebook. Hope Cowan, Facebook’s Director of Agency Partnerships, was in the audience last year and was so taken with the program she immediately wanted Facebook to get involved. Not only are they generously hosting all 200 of us, but we are also collaborating with them to create a unique opportunity for the winning team - to be revealed at the gala!

Why did you choose the Get In Touch Foundation?

Every year we set the delegates a pitch, and we do a great deal of research to identify the best partner. We find interesting non-profits that will capture the imagination of this new generation. We like to identify clients who are personally interested in getting involved and coming to judge as it adds an extra dimension, and we also like clients who are sufficiently small so that our work could have a genuine impact. We look for products where there is a clear business problem to be solved, and sufficient data for us to build a robust brief.

This year we are partnering with the Get In Touch Foundation, a non-profit that educates on breast self-examinations. The brief focuses on promoting their new app, which takes their previously paper-based education tools into a much bigger space. The founder, Betsy Nilan, has been a great supporter of the partnership and will be part of the gala Grand Jury.

Tell me more about Griffin.

Griffin was a comms planner, or a ‘propagation’ planner as he described it. He was one of the early thinkers in this space, and was very active in the on-line planning community when it was first gaining traction. We always think about this when we are judging the awards, and are careful to highlight thinkers who innovate in this space.

What is the long-term plan for Beautiful Minds?

Every year we optimize the program, but ultimately we stick to our basic formula because it works so well, and has become such a fixture in the calendar for those looking to break into advertising. Everywhere I go in the industry people come up to me and introduce themselves as Beautiful Minds alums - at this stage there must be well over 500 people who have done the program. Many of these people credit the program in some way with being decisive in their career, whether it was connecting them with a mentor, a recruiter or simply a powerful, dynamic network of Beautiful Minds peers. 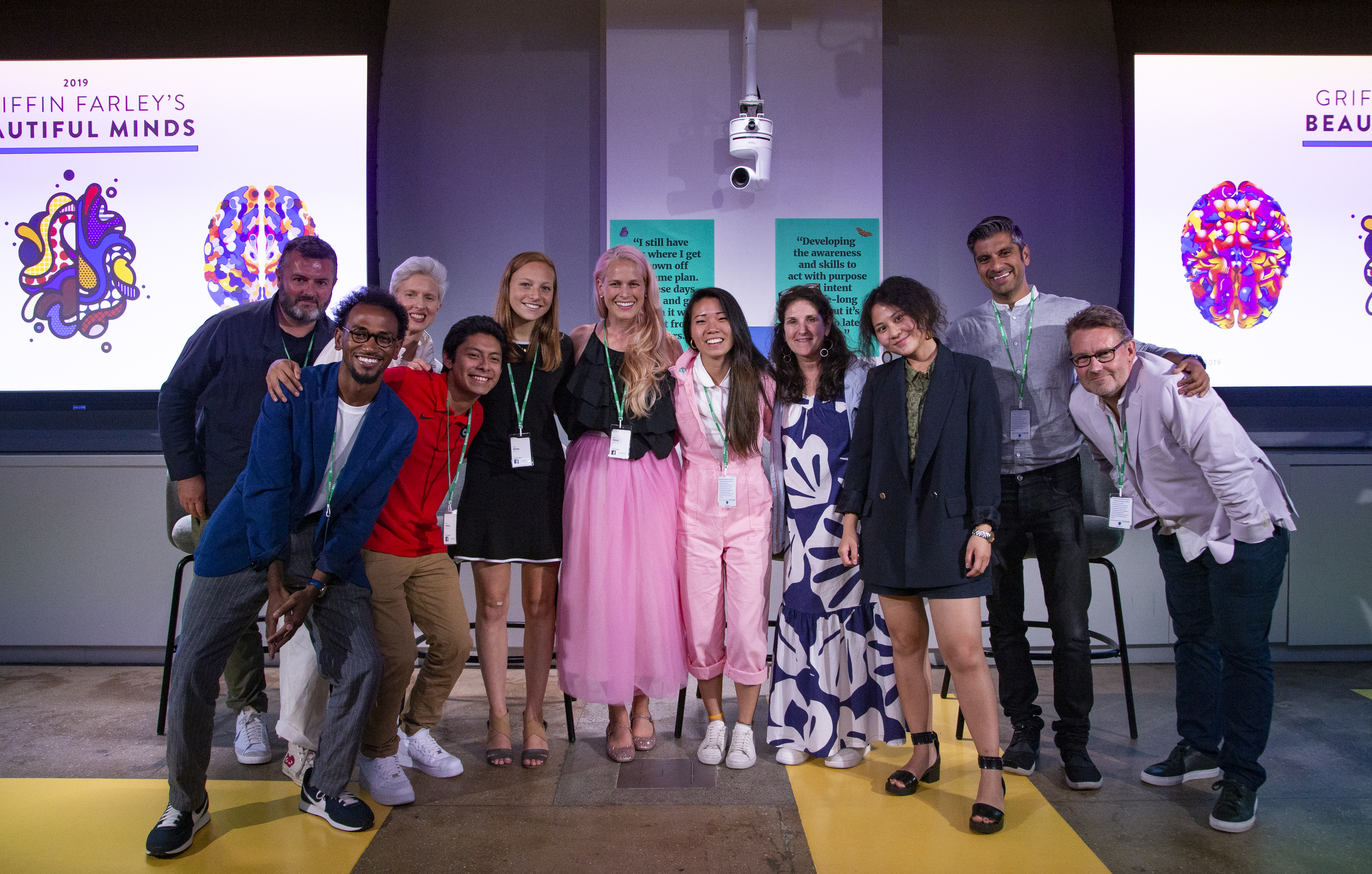 Why 100-plus San Diego creatives teamed up for 72 hours